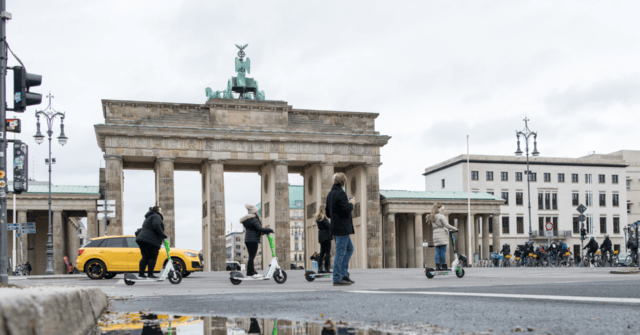 Inflation rose to its highest level in over four decades in Germany, as the economic fallout from years of lockdown restrictions and the Russian invasion of Ukraine continue to bite the leading economic power of the European Union.

Germany’s statistics agency Destatis announced on Thursday that consumer prices rose by 7.4 per cent in the month of April compared to the same time last year. The inflation rate is the highest level since 1981 in West Germany, when the country was divided by the Berlin Wall.

The government agency said that fuel costs, which have been steadily rising since last Summer as lockdown restrictions began to ease, have had the largest impact on the soaring inflation in the country.

“Energy prices, in particular, have increased considerably since the war started in Ukraine,” Destatis said per public broadcaster Deutsche Welle.

Despite the growing energy crisis, the leftist government in Germany has so far refused to back down from its green agenda, upholding a ban on fracking and making preparations to shut down the country’s remaining nuclear power plants.

Germany has already been facing warnings of a recession should Russian energy supplies dry up.

Things may go from bad to worse for Germany, as it is currently facing the threat of Russia shutting off its energy supplies as it has already done with Poland and Bulgaria for refusing to purchase gas from Moscow in rubles, as Vladimir Putin has demanded.

Chancellor Olaf Scholz said on Friday that while he would not “speculate” on this potential eventuality, his government has been preparing for Russia cutting off shipments since the invasion of Ukraine was launched in February.

Some German energy firms, including Uniper, have already agreed to a scheme in which they pay in Western currency which will then be transferred into rubles by their Russian counterparts. It is unclear, however, if this demand will satisfy the demands of President Putin.

Meanwhile, inflation has also hit a record high across the Eurozone, the economic bloc in which the euro currency is used. Inflation rose to 7.5 per cent in April, up from 7.4 per cent in March, the EU’s statistician revealed on Friday.

The Baltic States have been hit especially hard, with prices rising by 19 per cent in Estonia, 16.6 per cent in Lithuania, and 13.3 per cent in Latvia.