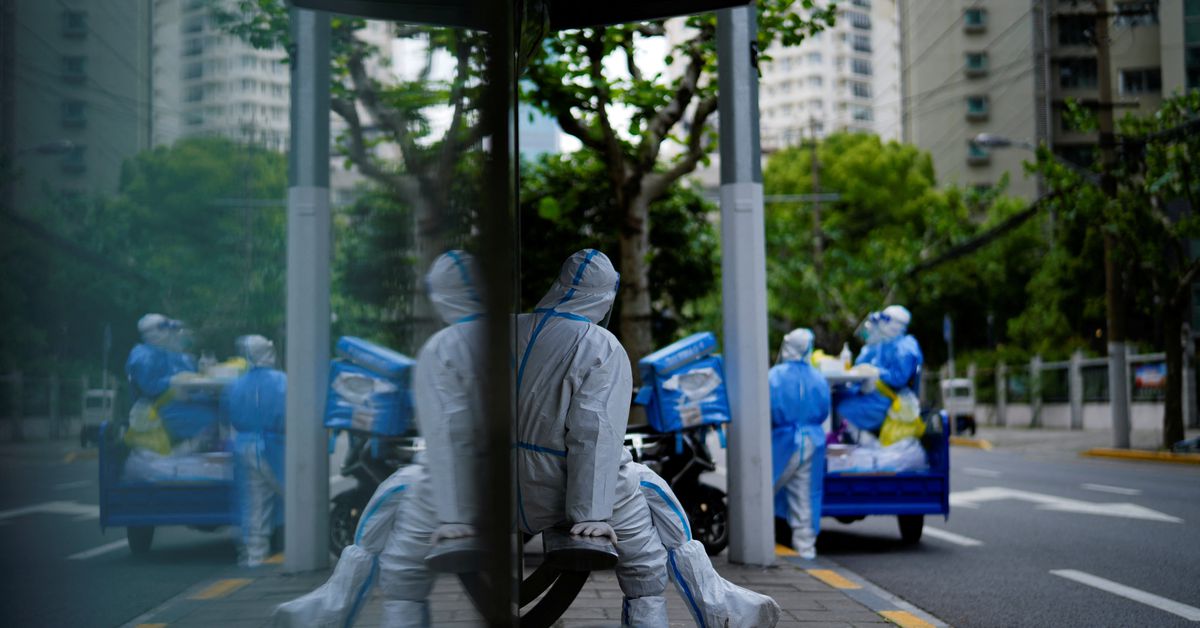 SHANGHAI/BEIJING, April 30 (Reuters) – Shanghai said on Saturday it had detected no new daily COVID-19 cases outside quarantine areas, marking a milestone in its battle to contain the virus, which has paralysed the city of 25 million and put residents in the capital Beijing on edge.

Streets in Beijing were eerily quiet at the start of a five-day Labour Day break, with residents anxious that authorities would impose further restrictions during a holiday when many typically travel or socialise.

“You look at a city that used to be crowded and now is void. You wonder how these people manage to survive,” said Li, 35, who works in the finance sector in Beijing, breaking into tears.

In the eastern commercial capital of Shanghai, scenes of houses and buildings ringed with fences to prevent residents from leaving have grabbed headlines at a time when most other countries in the world are learning to live with COVID.

China maintains a zero-COVID policy aimed at eradicating the disease, leading to frustration, especially in Shanghai, where many residents have been cooped up for more than a month. Some, struggling to find food and other daily necessities, have shown rare public opposition to the government’s stringent controls.

If the zero-tolerance campaign works, however, it would be a victory for President Xi Jinping’s approach in a year when he is expected to secure a precedent-breaking third term.

Shanghai officials did not discuss the break in COVID transmission at their daily news conference, but social media cheered the news.

“Shanghai has finally reached zero at the community level!!! May Shanghai wake up as soon as possible!!,” said one post on the Weibo platform.

Friday’s zero cases outside quarantine areas in Shanghai compared to 108 for Thursday. Some, however, played down the milestone, noting that most of the city’s residents were locked in some form of quarantine.

In practice, many of the remaining residents in low-risk prevention areas are still not allowed to leave their compounds.

“The city’s epidemic and prevention control is currently still at a critical state, and the trend is still that people need to strengthen controls,” said Zhao Dandan, deputy director of Shanghai’s health commission.

The battle to curb the highly transmissible Omicron variant in Shanghai has come at a high cost for the economy, with logistic chains gummed up by the restrictions.

China’s factory activity in April shrank at the fastest rate in 26 months to the lowest since the early months of the pandemic, first detected in central China, as lockdowns halted industrial production and disrupted supply chains. The data released on Saturday raised fears of a sharp slowdown in the second quarter that will weigh on global growth. read more

Shanghai officials, who say they are eager for factories to get back to work, said more than 80% of 666 prioritised companies had restarted production and that they had drawn up a second list of 1,188 firms.

Infections are easing as China enters the Labour Day break, which runs through Wednesday, traditionally one the busiest tourist seasons. read more

Theme parks and entertainment venues in the capital are only permitted to operate at half capacity over the Labour Day holiday with advance reservations required.

Beijing will also implement a further two rounds of COVID tests on May 1 and May 3 in its most populous district of Chaoyang, known for its night life, malls and embassies.

The city will halt all restaurant dining between May 1 and 4, an official from the local commerce bureau said, calling for residents to “cook at home”.

Officials have provided no timeline or strategy for returning to some semblance of normality.

In response to COVID and other headwinds, China will step up policy support for the economy, a top decision-making body of the Communist Party said on Friday, lifting stocks from two-year lows. read more

Shanghai reported 47 COVID-19 deaths for Friday, down from 52 a day earlier. Some have questioned the fatality rate, as many residents have said relatives or friends have died after catching coronavirus as early as March.

Beijing has reported 295 new COVID-19 cases since April 22, the local health authority said, of which 123 cases were found in the Chaoyang district.