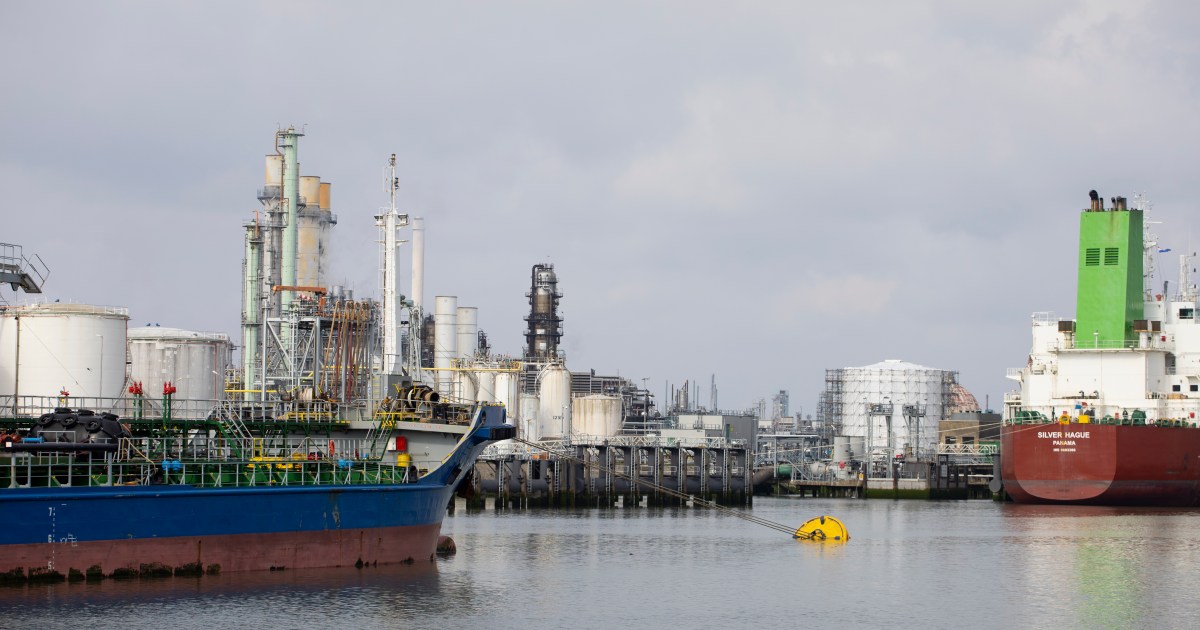 Dock workers union accuses Russia of financing the war in Ukraine with the cargo of diesel.

Dutch dock workers are refusing to unload a tanker with a consignment of Russian diesel in the port of Amsterdam, a day after a similar action by dockers kept the ship from entering Rotterdam port.

The Sunny Liger, a 42,000-tonne tanker was lying at anchor off Amsterdam on Saturday, while port companies were mulling her entry into the Dutch capital.

On Friday, dock workers in Rotterdam also refused to handle her cargo.

“Late last night we requested all parties in the port of Amsterdam not to let the ship dock and not to (handle) it,” the FNV trade union’s harbour worker branch chairwoman Asmae Hajjari said.

“The ship will not enter the Amsterdam port,” she added in a tweet.

The European Union has imposed a wide range of sanctions on Moscow since Russia’s invasion of Ukraine on February 24. However, oil and gas are not part of the punitive measures.

Dockworkers in Sweden had already turned away the tanker, after which it set course for the Netherlands.

“Russia is financing the war in Ukraine with the cargo,” the FNV union said in a statement thanking the Swedish workers for turning the ship away.

Sailing from Primorsk near Russia’s St Petersburg a week ago, the Marshall-Islands-flagged tanker’s final destination was Amsterdam, according to the maritime website MarineTraffic.com.

“At the moment the ship lies at anchor in the North Sea. So far it has not applied for permission to enter the harbour,” Port of Amsterdam spokeswoman Marcella Wesseling said.

“In principle we cannot refuse her entry because she doesn’t fall under the sanctions regime (against Russia),” Wesseling told AFP.

Wesseling said the ship could be allowed into port once it has made a formal request, but “only if it was safe for it to do so”.

“If there is any doubt about this, we can decide otherwise,” Wesseling said.

“The port’s nautical service providers and terminal have indicated that they have concerns about the safety surrounding the handling of this ship,” she stressed.

A company responsible for towing the ship into port said it would decline if asked, saying it could lead to an unsafe situation if protesters want to block the ship from entering, the Dutch commercial news station RTL Nieuws reported.

Dutch foreign minister Wopke Hoekstra said Friday legally the Sunny Liger could not be refused entry into a Dutch port, but that he supported the dock workers’ actions.