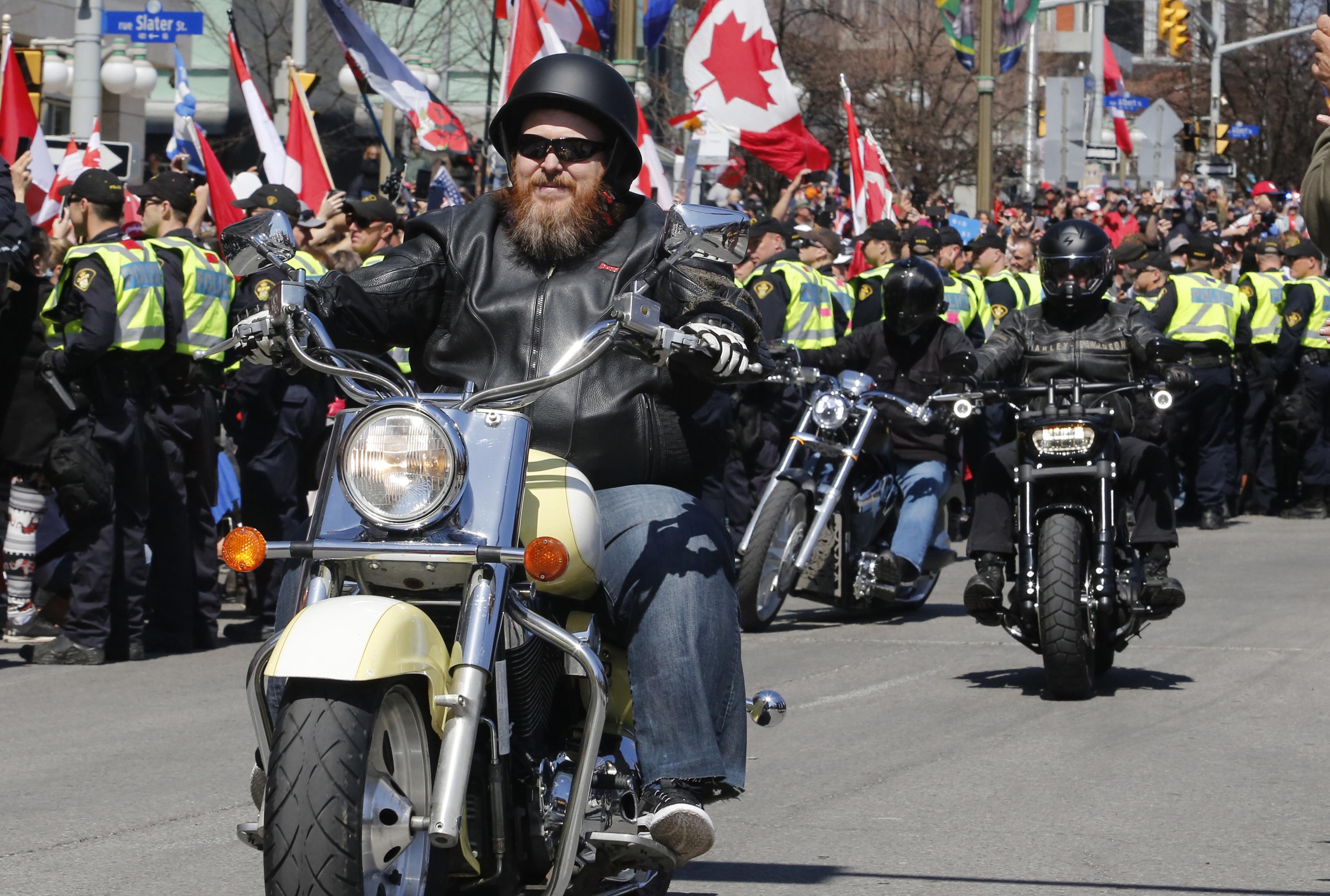 OTTAWA (AP) — Motorcycles rumbled through the streets of Canada’s capital and a memorial service was held at the national War Memorial Saturday, as a strong police presence kept an eye on the “Rolling Thunder” protest.

Many of the people involved in this weekend’s event also took part in the “Freedom Convoy” that shuttered downtown Ottawa for weeks in February.

Ottawa police say two people were arrested Saturday and 33 vehicles have been towed from the exclusion zone since Friday morning.

Hundreds of demonstrators gathered at the National War Memorial, which was a focal point during the early days of the February protests.

Supporters watched retired Afghanistan veteran Christopher Deering lay a wreath on the Tomb of the Unknown Soldier in a quasi-remembrance ceremony.

Other speakers expressed their opposition to vaccine mandates, COVID-19 restrictions and Prime Minister Justin Trudeau’s government. Supporters were asked to remove slogans with expletives aimed at the prime minister for the event.

A small group of counter-protesters gathered across the street from the memorial chanting “go home” at the protesters.

Police formed a line in between the two groups to keep the peace.

At the end of the service, the crowd marched to greet a convoy of around 150 motorcycles traveling on a route outlined by police.

Police stopped the motorcycle convoy two blocks from the National War Memorial, and had the motorcyclists travel back out of the core on a designated route.

The protest in February lasted three weeks, as big-rigs and other trucks embedded themselves in front of Parliament Hill and set up encampments that blocked traffic. The federal government invoked the Emergencies Act in an effort to dislodge them and similar protesters who blockaded border crossings.

On Friday evening, a convoy of big-rigs, campers and other trucks attempted to reach Parliament Hill. Police, wearing helmets and shields, formed a line to push protesters back and remove the large vehicles from an area just east of the parliamentary precinct.

Seven people were arrested on various charges, including assaulting police, the Ottawa Police Service said. At least one truck also had its windows broken.