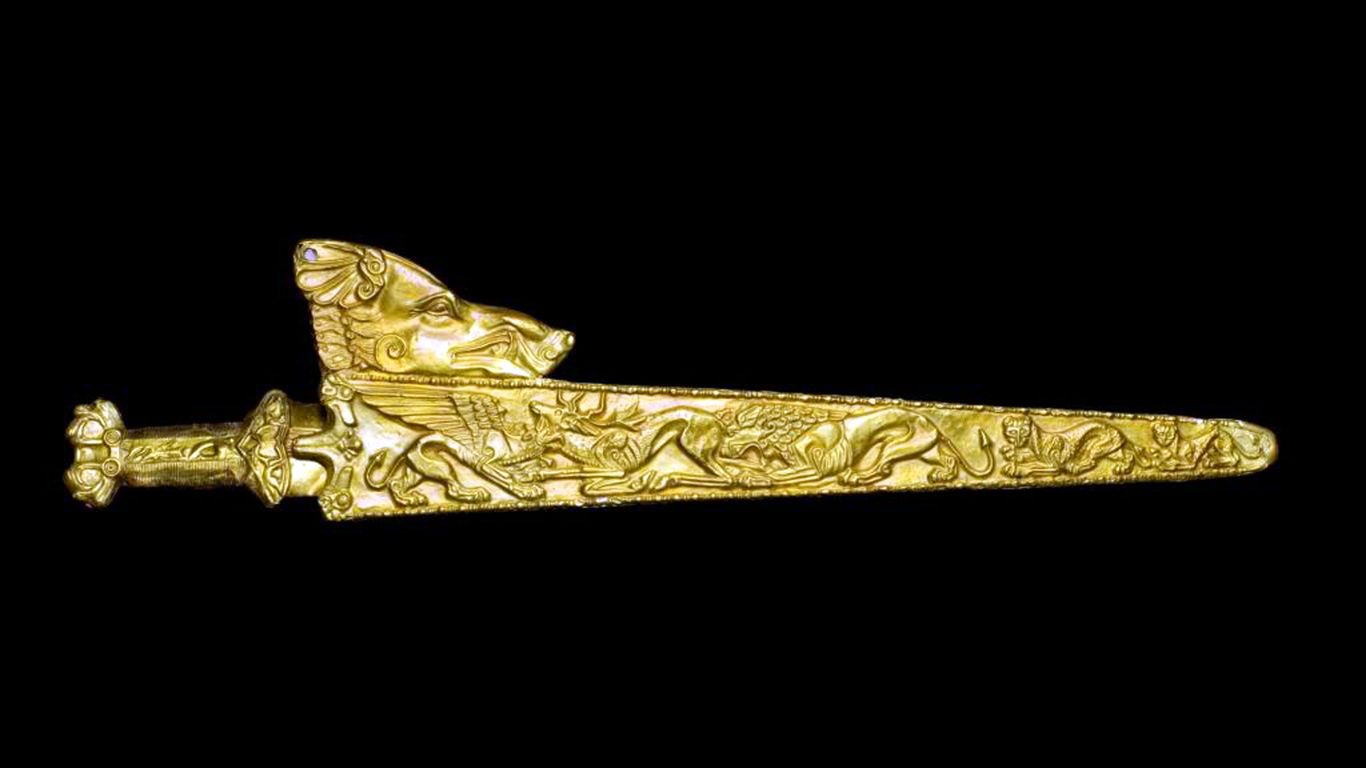 Ukrainian officials said Saturday that over 250 cultural institutions have been “damaged or destroyed” and thousands of artifacts looted since Russia launched its invasion on Feb. 24, per the New York Times.

The big picture: Among the items Putin’s forces are accused of stealing are ancient Scythian gold objects from “one of the largest and most expensive collections in Ukraine,” in the Russian-occupied Melitopol, Zaporizhzhia, said the southeastern city’s mayor, Ivan Fedorov.

Meanwhile, Mariupol City Council officials announced via Telegram this week that Russian forces had stolen “more than 2,000 unique exhibits” from the besieged port city’s museums — including medals, “a unique handwritten Torah scroll,” and the “Gospel of 1811 made by the Venetian printing house for the Greeks of Mariupol.”

Why it matters: Scythian gold is of huge symbolic value in Ukraine, and Oleksandr Symonenko, a fellow of Ukraine’s Archaeology Institute, told the NYT Russian forces were “making a war without rules” and “destroying our life, our nature, our culture, our industry, everything.”

Context: The Scythians were a nomadic group that occupied an area from north of the Black Sea to China, whose culture “flourished on the steppes from about 800 B.C. to about A.D. 300,” Stanford University historian Adrienne Mayor told Live Science earlier this year.

Flashback: After the Kremlin tried to obtain a collection of ancient artifacts that were loaned from Crimea to a museum in Amsterdam just before Russian forces seized the region in 2014, an appeals court in the Netherlands ruled last October that Ukraine was the legal owner.

Editor’s note: This article has been updated with further context.