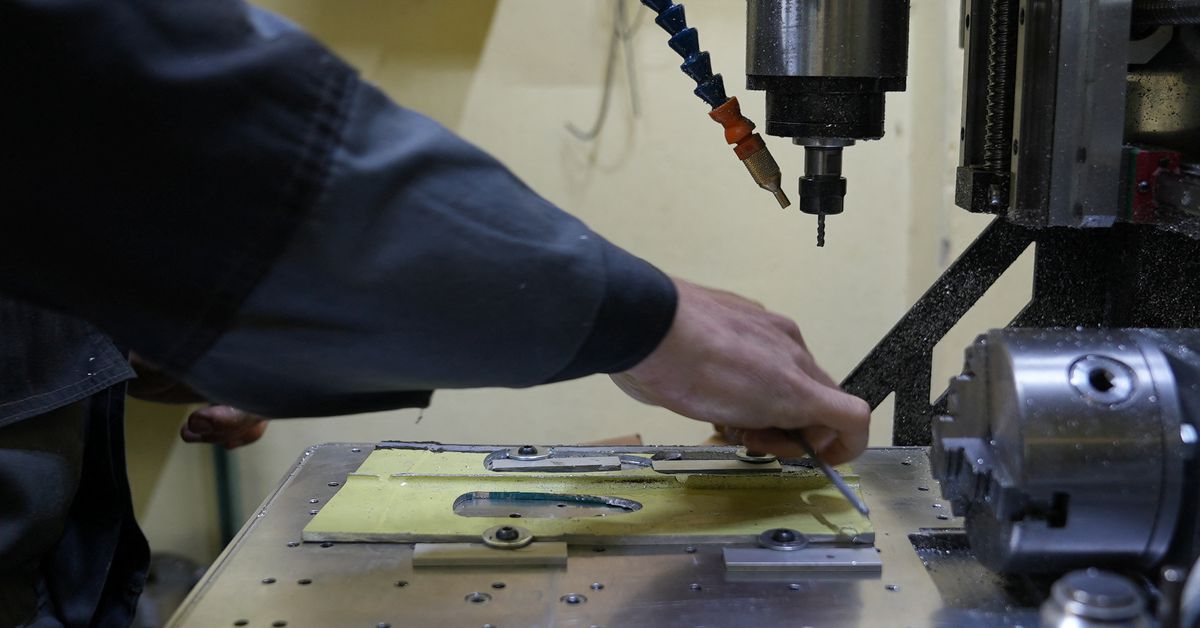 KYIV, April 30 (Reuters) – Never mind forging swords into ploughshares; a Ukrainian businessman is turning scraps of wreckage from a downed Russian fighter plane into souvenir key fobs and selling them abroad to support the war effort.

“Many of my friends tell me ‘$1,000 – nobody will give you this for this piece of metal, it’s crazy,” said Iurii Vysoven, founder of “Drones for Ukraine”.

“In the morning, I woke up and understand on my phone (that) it’s already $20-30,000 collected, and we see this constant flow of messages of people asking questions and telling (that) they want to donate more, they tell us it is an incredible idea.”

The aircraft is a Russian Su-34 two-seater tactical fighter-bomber that the Ukrainian military says it shot down over the town of Borodianka, northwest of Kyiv, early in March, when Russian forces were trying to capture and hold the area.

Ukraine’s defence ministry has posted images of the wreckage, which it says had the tail number RF-81251 and the call sign “31 Red”.

After the Russians withdrew and refocused their invasion on eastern Ukraine, Vysoven asked the region’s defenders if he could have some of the wreckage, scattered over farmland.

A person makes keychains from the fuselageof a Russian SU-34 wreck under ‘Made in Russia, recycled in Ukraine’ campaign, amid Russia’s invasion of Ukraine, in Kyiv, Ukraine, April 29, 2022. Picture taken April 29, 2022. REUTERS/Leonardo Benassatto

The soldiers told him both the aircraft’s pilots had been killed. Among the wreckage shown by the ministry was a helmet stencilled in Russian with the last three letters of a surname ending “-NOV”, and an empty leather holster marked “Buryat” – the name of an ethnic group that lives in Siberia.

Russia does not confirm details of its military losses, and Reuters was unable to verify the circumstances in which the plane came down.

Vysoven, who works in advertising, has oblong pieces about 10 cm (4 inches) long stamped out of fragments of fuselage, then machined, polished and printed with information about the plane and a “thank you” to the buyer. Each is perforated to receive a keyring, and engraved with a unique serial number.

“The uniqueness of this keychain is that we made it from the wreckage of a real Russian plane,” he said. “This is a really unique gift to those who helped us.”

In his office, Vysoven has an example of the infra-red thermal imaging drones that he buys for the Ukrainian army with the proceeds of the keychains.

“Now that we have raised a lot more money, we feel a lot more responsibility,” he said. “My dream is this fund – we wouldn’t need it anymore. My dream is to win, everyone safe,” he added, in English.

“Everyone return home safe. And (that) we don’t need to collect money to save someone’s life.”