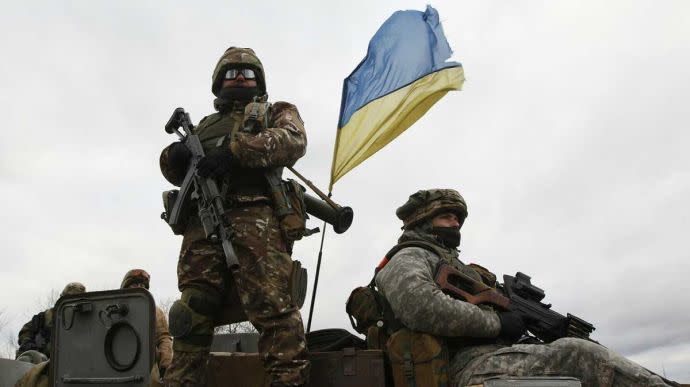 Roman Petrenko – Saturday, 30 April 2022, 09:48 The National Guards of Ukraine and the artillery forces of the Armed Forces of Ukraine struck at the location of Russian troops on the Izyum front, destroying more than 30 units of Russian military equipment. Source: National Guards on Facebook According to National Guards: “A group of soldiers from the special forces of the National Guard of Ukraine found multiple units of [Russian military] equipment, a control point, and a personnel barracks while conducting reconnaissance on the Izyum front. Reconnaissance information was promptly passed on to the Armed Forces of Ukraine, who fired [on the Russian positions] with heavy, targeted artillery fire. To inflict more damage on the enemy, the Guards helped adjust the fire.” Details: It is noted that the Armed Forces of Ukraine carried out heavy, targeted artillery shelling of the Russian positions, and the Guards adjusted the fire. According to the National Guards, more than 30 units of equipment were destroyed, of which more than half were tanks, as well as armoured personnel carriers, infantry fighting vehicles, and MT-LBs [multi-purpose amphibious armoured tracked vehicles].