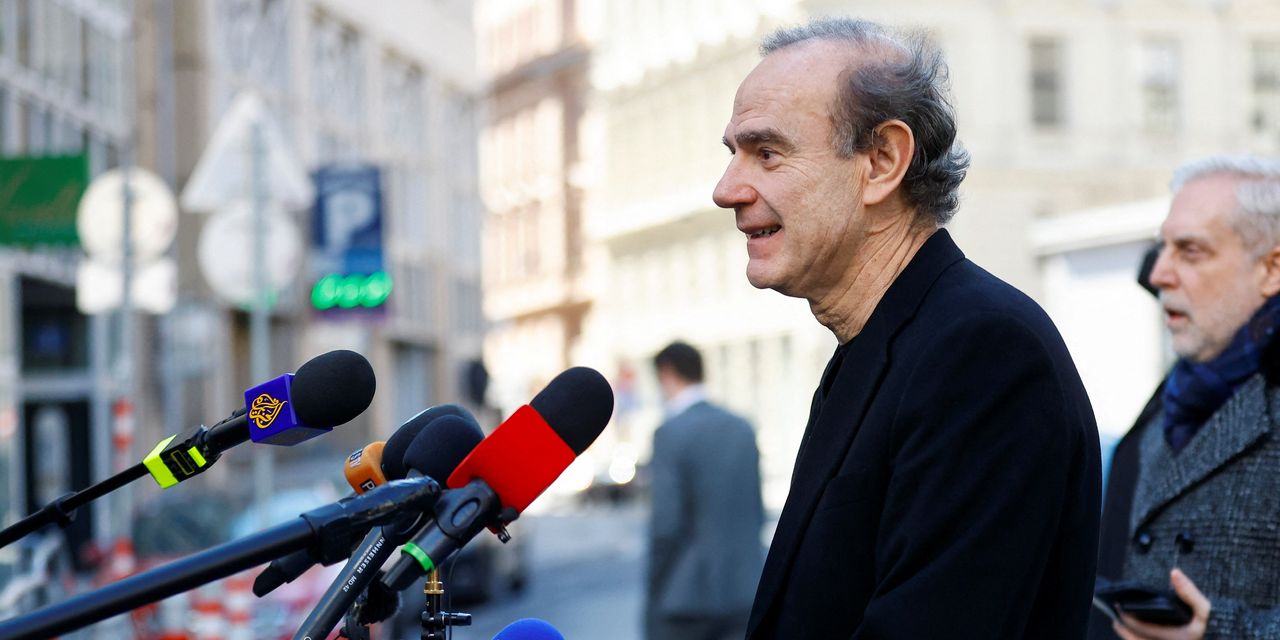 European officials are preparing to make a fresh push to salvage a nuclear deal with Iran, offering to send a top European Union negotiator to Tehran in an effort to break a stalemate in talks, according to Western diplomats.

Enrique Mora, the European Union coordinator of the negotiations, has told Iranian counterparts he is ready to return to Tehran to open a pathway through the deadlock, the people said. So far, Iran hasn’t responded with an invitation, the people added.

The negotiations, which started in Vienna in April 2021, are aimed at agreeing to steps the U.S. and Iran must take to return to compliance with the 2015 nuclear deal signed under President Obama, which lifted most international sanctions on Iran in exchange for tight but temporary limits on Iran’s nuclear activities.

President Trump withdrew the U.S. from the deal, arguing it wouldn’t stop Iran from developing nuclear weapons, and reimposed sweeping sanctions on Iran in 2018. In 2019, Iran started a major expansion in its nuclear program.

Notes on the News

Keep up with major developments in Ukraine, plus today’s headlines, news in context and good reads, free in your inbox every day.

Talks in Vienna, which also involve Britain, France, Germany, Russia and China, have been on a protracted pause since March 11. At that point, Western and Iranian officials said the text of the nuclear deal was virtually complete.

However, the deal has run into trouble in recent weeks over Iranian demands that the U.S. lift its designation of Iran’s elite Revolutionary Guards, or IRGC, as a terrorist organization. There is bipartisan opposition in Washington and anger among the U.S.’s traditional Middle Eastern allies at the prospect of the designation being removed.

With Iran refusing to engage in direct negotiations with Washington until sanctions are lifted, European officials have been trying to keep the talks alive, even as Western capitals have turned their focus to the conflict in Ukraine. Mr. Mora visited Tehran in late March to try to resolve the issue over the foreign terrorist designation but returned empty-handed.

U.S. officials have said that President Biden won’t relax or eliminate the conditions for lifting the terror designation.

The Western diplomats say they want to put the onus back on Iran, making it clear the talks could end unless Iran offers a way through the standoff. The opening for the talks came during an April 23 call between Iran’s foreign minister and his EU counterpart. Mr. Mora will try to persuade Iran to sign off on a final text of the agreement without the foreign terrorist designation and leave that issue to a future point, diplomats say.

The diplomats say that if Iran comes back with a demand for a U.S. concession on another issue, Washington will consider that. However, the diplomats also say there can be no broad renegotiation of the deal.

The U.S. has accused the IRGC of killing hundreds of Americans, working on Iran’s ballistic and nuclear programs and being involved in human-rights violations. Its Quds Force has arranged weapons and support for proxy forces throughout the region.

Iran has so far dismissed a U.S. offer that the foreign terrorist designation of the IRGC could be lifted if Tehran agrees to not attack Americans in the region or seek to assassinate current and former U.S. officials. U.S. officials say that even if the designation is lifted, the group would still face several other U.S. sanctions.

“The only way I could see it being lifted is if Iran takes steps necessary to justify the lifting of that designation,” U.S. Secretary of State Antony Blinken said last week in the Senate. “It knows what it would have to do.”

Iranian officials have said they won’t drop their pledge to take revenge on those involved in the U.S. assassination of Iran’s top general, Qassem Soleimani, in January 2020. The IRGC has continued to mount direct and indirect attacks through Tehran-backed militias on U.S. forces and its regional allies.

Mr. Blinken said last week Washington still believes reviving the nuclear deal is in the interests of the U.S.

Iran says its nuclear program is purely for civilian purposes.

Hopes of a deal remain slim. With Washington and Tehran doubling down on their demands over the IRGC, one former U.S. official who has worked on the Iranian nuclear issue said the current stalemate could continue for months.

“A long term impasse is certainly possible,” said the official. “Neither side wants to declare the talks dead.”