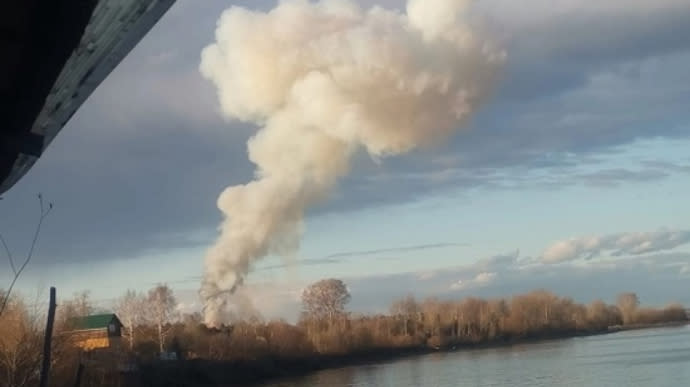 Late in the evening on 1 May, there was a powerful explosion on the territory of the Perm Powder Plant. Two people were killed.

Details: Eyewitnesses said they heard “a sudden noise that shook the windows”.

Sources in the company’s management immediately told the media that “they were doing scheduled tests and there was no reason to panic”.

Journalists have tracked down a woman who claims that a female relative of hers died there. She also reported the explosion.

It is currently known that two people have died and a third is in intensive care.

Kremlin propagandists have not reported any information about the explosion.

“Echo of Perm” reports that photos of the aftermath of the explosion began to appear on social media on the evening of 1 May, but group administrators deleted everything.

The plant has not yet officially provided any information about the explosion.

According to the plant’s website, it produces charges for Grad and Smerch (Tornado) multiple rocket launchers, air defence systems and air-to-air missile engines.