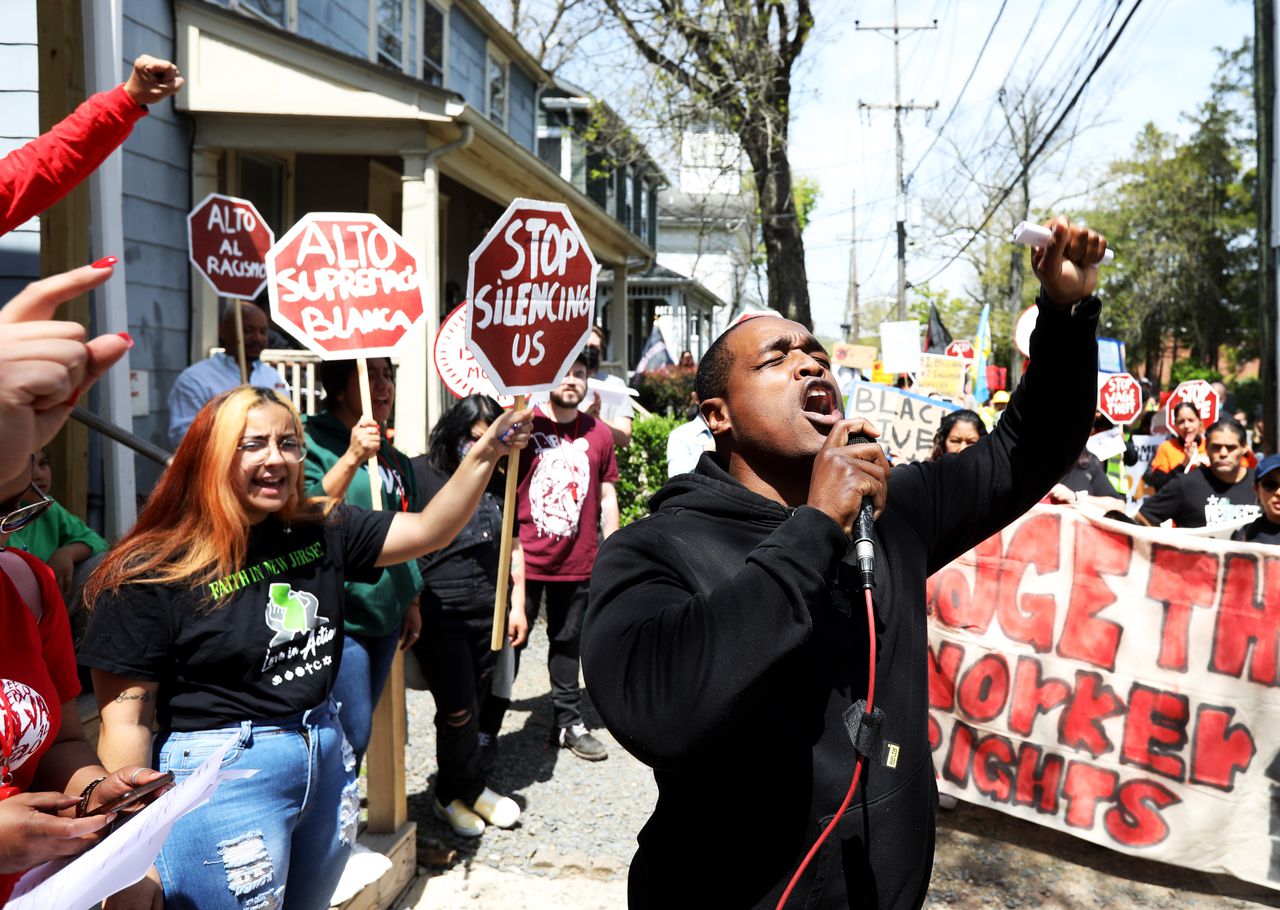 They chose Princeton because it’s symbolic, she said.

It was noisy in the background as Ana Pazmino spoke over the phone after the rally. There was cheering and yelling. Roughly 350 people had just finished marching through the streets of the Ivy League town Sunday to mark International Workers’ Day, also known as May Day.

But it was more than that, said Pazmino, director of Unidad Latina en Acción New Jersey, a grassroots migrant rights group, which organized the rally. Other labor and immigration rights groups were in attendance to show their support. It was festive but the message was serious.

The rally, Pazmino said, was about workers’ rights, and specifically the rights of immigrant and migrant workers.

“This is about raising the voices of workers,” she said, “workers that have been excluded and have been put on the front line during the pandemic.”

Princeton, she said, was selected specifically.

“It wasn’t that we just wanted to go to Princeton,” she explained.

She said the town is growing and becoming more diverse. Many migrant families are settling in Princeton: Latino, Haitian, Jamaican communities. She said they are the day laborers, the housekeepers and au pairs going into residents’ homes; they are the restaurant workers, factory workers — the list goes on.

And they are demanding better wages and working conditions.

They are calling on the Biden Administration to take more action. She said, “if they want workers, then they have to be respected and given dignified positions first for them to work.”

They have outlined a number of demands, nationally and locally, including the passage of the New Jersey Domestic Workers’ Bill of Rights Act, according to a statement from Unidad Latina en Acción New Jersey. The group is also calling on the Biden Administration to stop the exploitation of immigrants; they are seeking “deportation relief and work authorization for those who lost family in the pandemic, for those who have denounced workplace abuse, and those who continued to work during the pandemic and other disasters.”

They are also seeking to stop “the exclusion of immigrants from pandemic relief, including access to vaccines and unemployment aid, and … funding for the Biden administration and labor agencies to protect workers, not deport them,” the statement said.

More information about the group can be found at UnidadLatinaNJ.org.

Our journalism needs your support. Please subscribe today to NJ.com. Spencer Kent may be reached at skent@njadvancemedia.com.

Sorgente articolo:
Hundreds gather in Princeton to fight for workers’ rights on May Day (PHOTOS) – NJ.com