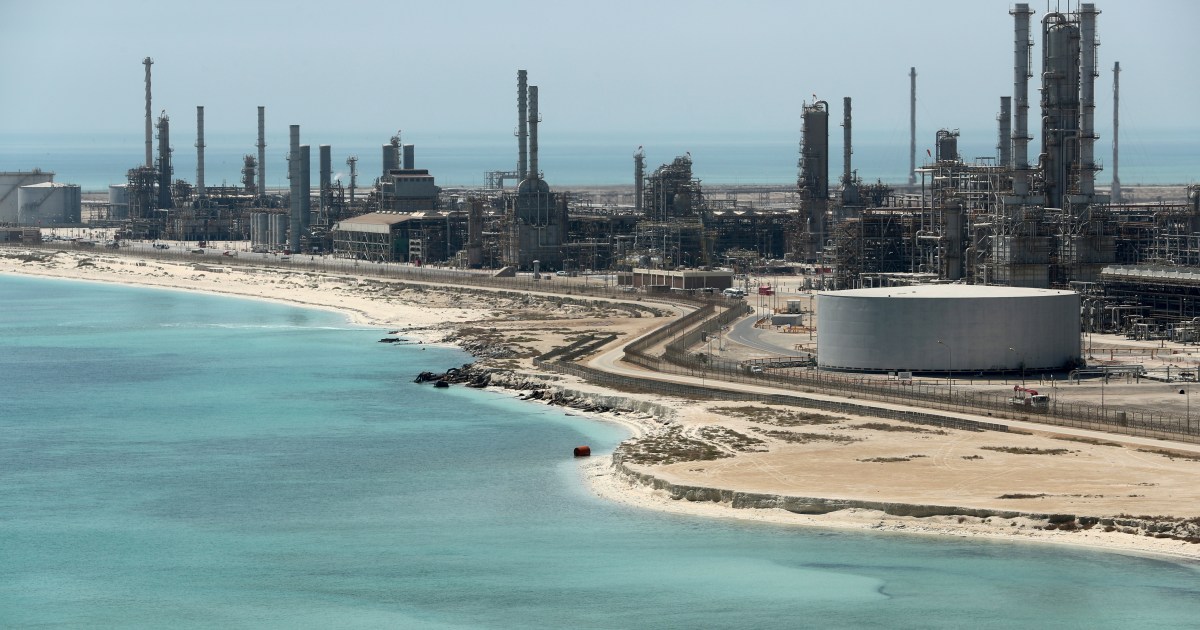 Saudi Arabia records its fastest economic growth rate in a decade as the oil sector fuels a 9.6 percent rise in the first quarter.

Saudi Arabia’s economy has registered a nearly 10 percent rise in its first quarter compared to the same period last year thanks to high global crude prices.

The world’s largest oil exporter reported its fastest economic growth rate in a decade, as a booming oil sector fuelled a 9.6 percent rise in the first quarter.

The preliminary results on Sunday come after Saudi Arabia resisted United States entreaties to raise output in an attempt to rein in prices that have spiked since the Ukraine war began.

The agency noted that data for the quarter was “still incomplete” and could be revised.

The Ukraine war and the resulting rise in crude prices have been a boon to oil-producing states like Saudi Arabia, whose GDP is expected to grow by 7.6 percent in 2022, the International Monetary Fund said last week.

As the war in Ukraine got under way, Saudi Arabia and the United Arab Emirates stressed their commitment to the OPEC+ oil alliance, which Riyadh and Moscow lead, underscoring Riyadh’s and Abu Dhabi’s increasing independence from long-standing ally Washington.

Last month, ratings agency Fitch predicted that the kingdom would record a budget surplus in 2022 for the first time since 2013.

But Fitch noted that, despite efforts to diversify the economy, Saudi Arabia’s oil dependence “remains high”, accounting for more than 60 percent of total budget revenues.