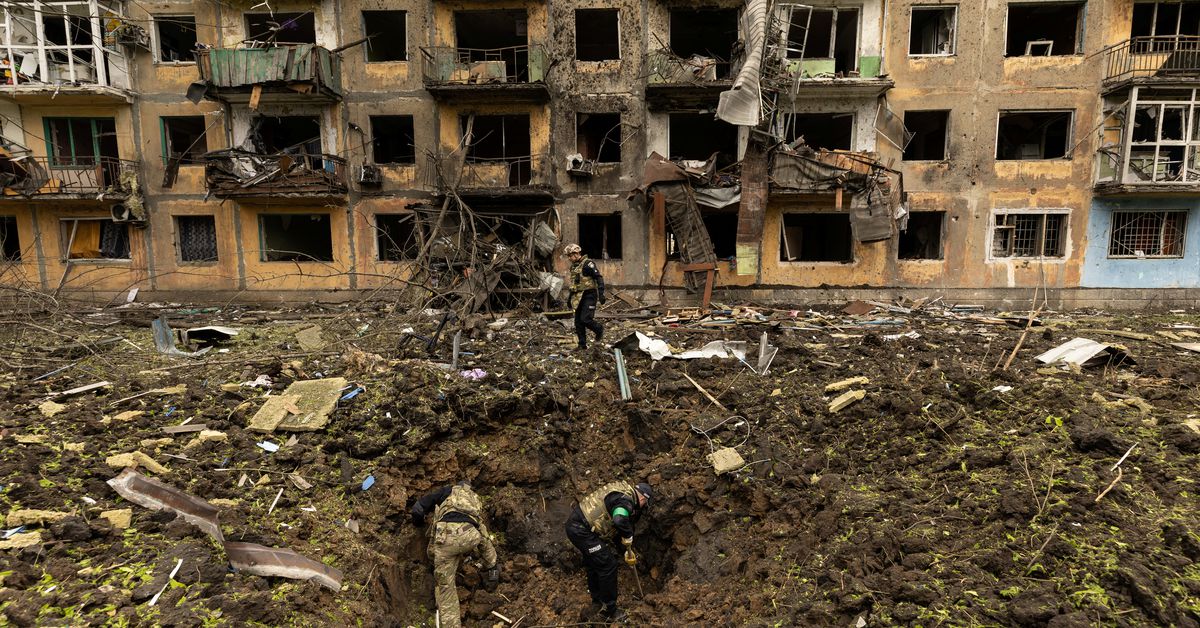 Ukrainian military personnel inspect the site of a missile strike in front of a damaged residential building, amid Russia’s invasion, in Dobropillia, in the Donetsk region, Ukraine, April 30, 2022. REUTERS/Jorge Silva

April 30 (Reuters) – Russia believes the risks of nuclear war should be kept to a minimum and that any armed conflict between nuclear powers should be prevented, the TASS news agency quoted a foreign ministry official as saying on Saturday.

Vladimir Yermakov, the foreign ministry’s head of nuclear non-proliferation, said all nuclear powers must stick to the logic laid out in official documents aimed at preventing nuclear war.

Foreign Minister Sergei Lavrov said on Monday the West should not underestimate the elevated risks of nuclear conflict over Ukraine, although the United States subsequently said it did not believe there was a threat of Russia using nuclear weapons despite an escalation in Moscow’s rhetoric. read more

Yermakov on Saturday was quoted as saying that leading nuclear powers must adhere to the logic enshrined in documents they have jointly created.

He was referring to a joint statement published in January by Russia, China, Britain, the United States and France, in which the five countries – which are the permanent members of the United Nations Security Council – agreed that the further spread of nuclear arms and a nuclear war should be avoided.

“The risks of nuclear war, which should never be unleashed, must be kept to a minimum, in particular through preventing any armed conflict between nuclear powers,” TASS quoted Yermakov as saying on Saturday. “Russia clearly follows this understanding.”