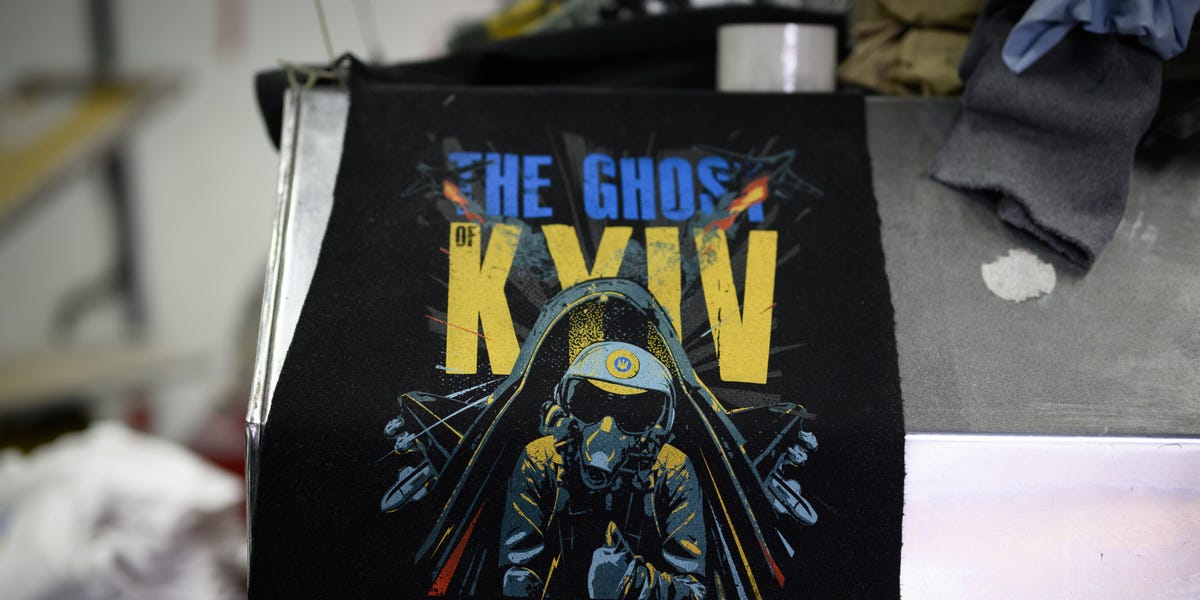 The Ukrainian Air Force said that the Ghost of Kyiv is not a real person a day after reports emerged claiming that the legendary pilot had died.

The Times of London reported on Saturday that the Ghost of Kyiv was Major Stepan Tarabalka, 29, who was killed in battle on March 13.

The Ukrainian Air Force said on Telegram that while Tarabalka was a “hero,” he is not the Ghost of Kyiv and did not shoot down 40 Russian aircraft as it has been claimed.

“The ghost of Kyiv is a superhero-legend whose figure was created by Ukrainians!” they said.

They said the mythical figure is not one individual but is “a collective image” of all pilots working to protect the capital.

“The #GhostOfKyiv is alive. It embodies the collective spirit of the highly qualified pilots of the Tactical Aviation Brigade who are successfully defending #Kyiv and the region,” the Air Force wrote on Twitter.

The Ghost of Kyiv became a stirring legend when the Ukrainian government tweeted a video crediting the then-unnamed pilot with shooting down six Russian aircraft on the first day of the war.

Many speculated that the Ghost of Kyiv was a myth designed to boost Ukrainian morale, while others continued to claim that it was one individual.

The Times of London reported on Saturday that he was, in fact Major Stepan Tarabalka, citing Ukrainian sources.

However, the paper later clarified that the Ukrainian Air Force had dismissed the claims.

The Ghost of Kyiv generated many claims on social media about his supposed achievements during the war.

One video posted on Twitter in February claimed to show the Ghost of Kyiv in action, generating over 20,000 likes.

The video was later debunked as actually having been created with Digital Combat Simulator, a simulation game, according to Snopes.

Correction: This article has been updated to reflect the Ukrainian Air Force’s response to a report about the Ghost of Kyiv’s alleged identity.