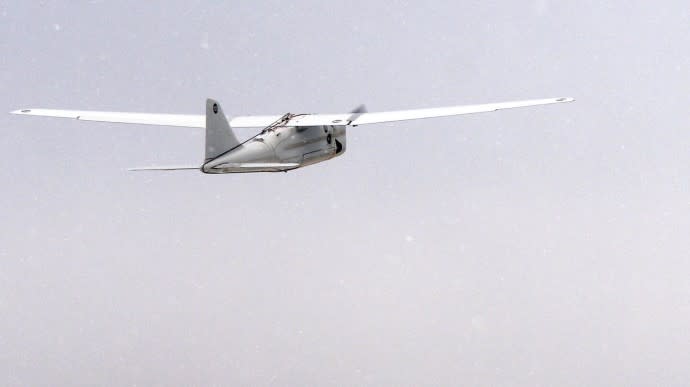 Svitlana Kizilova – Monday, 2 May 2022, 00:22 Ukrainian Air Defences eliminated ten Russian “Orlan” UAVs on 1 May. Source: Air Force Command of Armed Forces of Ukraine on Facebook Details: The cost of one “Orlan-10” is about $80,000-120,000, depending on the configuration. On Sunday, Ukrainian Armed Forces eliminated 10 such “Orlan” drones, which the aggressors were deploying for intelligence gathering and fire correction. Russian UAVs “Orlan-10” are currently the most common targets for Ukrainian Armed Forces Air Defence units. After all, helicopters are rare, and the aggressors’ aircraft avoid close combat with Ukrainian fighters and stay away from the strike zone of the Ukrainian Air Force’s anti-aircraft missile systems. Quote: “Enemy aircraft mostly operate outside Ukrainian airspace, or in the temporarily occupied territories, where the enemy has significantly increased its own air defence of various types. Therefore, Russian ‘Orlan-10′ drones, which mainly conduct aerial reconnaissance and adjust the fire of the aggressors’ artillery, have become common targets for Ukrainian defenders. There is enough information about this UAV in the public domain. This is a Russian development, but there is almost nothing Russian in ‘Orlan-10,’ all the ‘stuffing’ is imported (from USA, Japan, China, Germany, etc.). The role of this equipment in the war should not be underestimated. ‘Orlan-10’ can perform a variety of tasks, such as target designation, or it can be a repeater-jammer. This drone poses a serious threat to our troops. The target is not easy, as it is inconspicuous. However, the defenders of the Ukrainian sky, using various means of destruction, hit more and more of these UAVs day by day.”