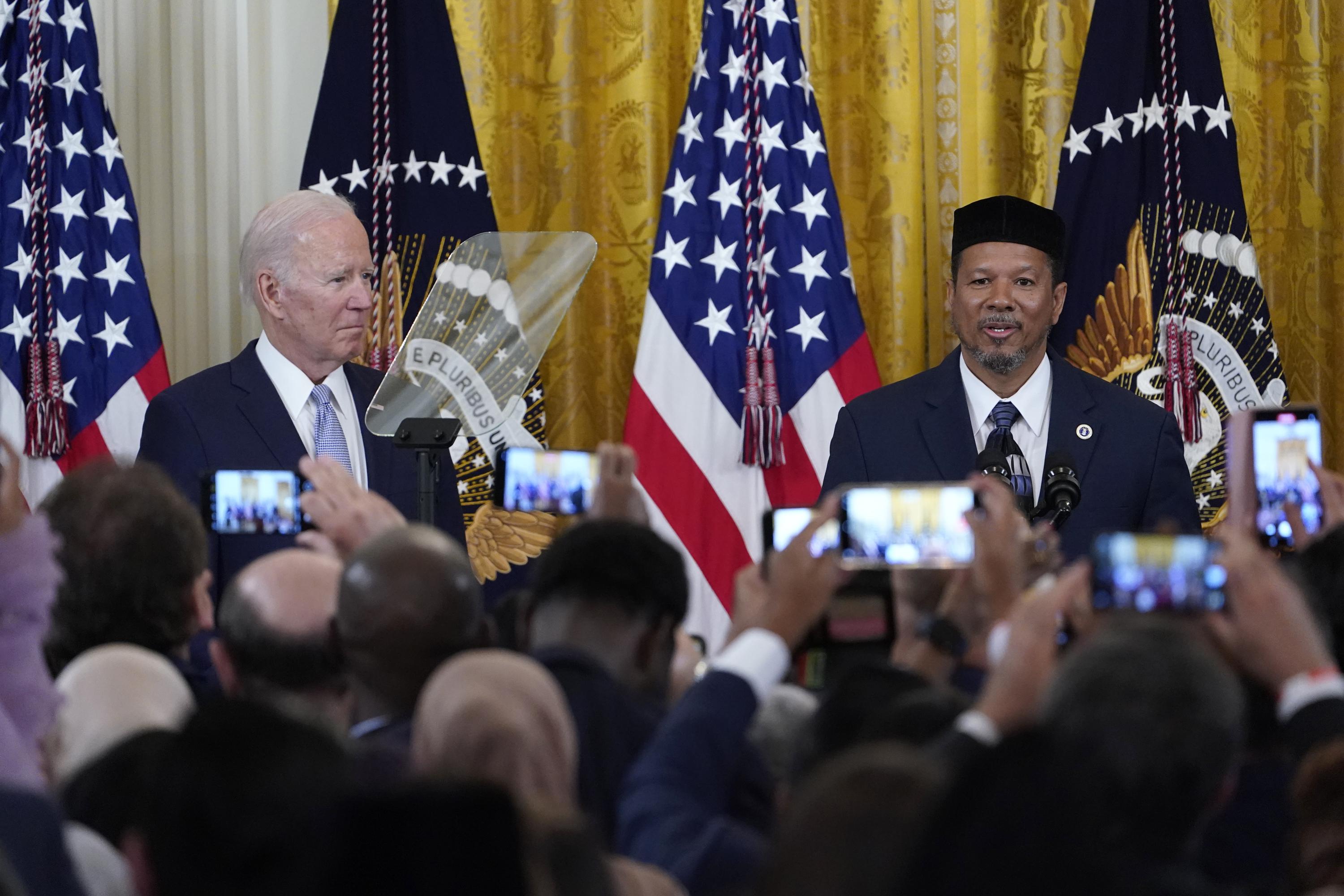 WASHINGTON (AP) — President Joe Biden celebrated Eid al-Fitr on Monday, restoring celebrations of the Muslim holiday marking the end of Ramadan at the White House after his predecessor scrapped them.

Muslims around the world typically abstain from food and drink from sunrise to sunset during Ramadan. Its end often means gathering for prayers, visiting family and friends and holding festive meals.

Addressing hundreds of attendees in the East Room, Biden said he’d promised as a presidential candidate to bring back marking Eid al-Fitr at the White House — but was forced to hold a virtual celebration last year because of the coronavirus pandemic.

“Today, around the world, we’ve seen so many Muslims that have been targeted by violence. No one, no one should discriminate against or be oppressed, or be repressed, for their religious beliefs,” Biden said. “We have to acknowledge that an awful lot of work remains to be done, abroad and here at home. Muslims make our nation stronger every single day, even as they still face real challenges and threats in our society, including targeted violence and Islamophobia.”

Presidents have held Eid al-Fitr celebrations since the Clinton administration, until Donald Trump, who didn’t hold formal events. He instead released statements marking the holiday, including one in 2020 when Trump said of Muslims “we hope they find both comfort and strength in the healing powers of prayer and devotion.”

Biden said Monday that he’d recently nominated the first Muslim woman to the federal bench as part of a commitment to build an administration that values diversity and “looks like America.” He also jokingly compared fasting for Ramadan to his Catholic faith, which he said mandates that he make major sacrifices for Lent including having to “go 40 days” with “no sweets and no ice cream.”

Talib Shareef, Imam of Masjid Muhammad in Washington, known to some as “The Nation’s Mosque,” said of the White House gathering, “Being hosted here is an important statement for our nation and for the world.”

“A statement that Islam is a welcome part of our nation together with all the other faith traditions,” Shareef said. “And that the highest office in this land is committed to our nation’s foundational values and laws protecting religious freedom.”

Also addressing the event was first lady Jill Biden, who drew applause by saying that the holiday embodies above all “a joy born from love. Love for our families and for our communities, and for THIS community.”