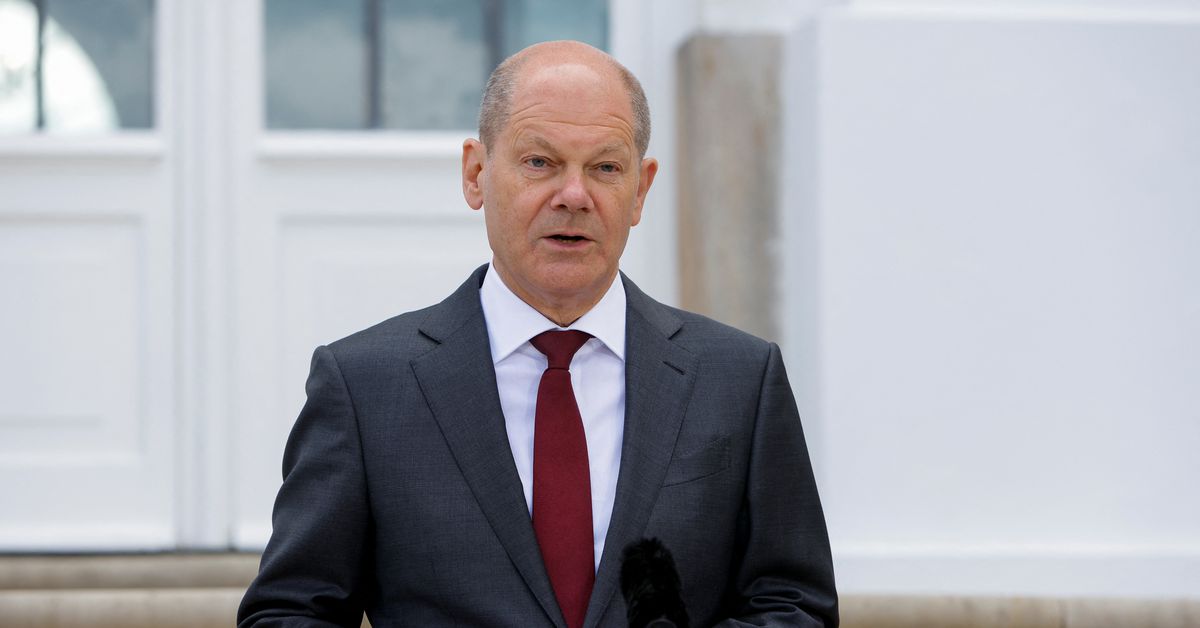 BERLIN, May 3 (Reuters) – German Chancellor Olaf Scholz said on Tuesday no-one could assume that Russia would not attack other countries given its violation of international law in Ukraine and Germany would support Finland and Sweden if they decided to join NATO.

Russia’s invasion of Ukraine broke the post World War Two order and was forcing Europe to bolster its defence strategy, Scholz said in a statement to media flanked by the prime ministers of Sweden and Finland Magdalena Andersson and Sanna Marin.

The two leaders had joined the German cabinet for the start of its two-day retreat in Schloss Meseberg just north of the capital to discuss Europe’s security situation.

Since Russia’s invasion of Ukraine that it describes a “special military operation”, Finland and Sweden have been considering applying for membership of the NATO western military alliance, which would mark a major policy shift for the Nordic region. read more

“No-one can assume that the Russian president and government will not on other occasions break international law with violence,” Scholz said.

In a separate interview with Stern magazine, Scholz was quoted as saying that Russian President Vladimir Putin’s policy was imperialistic and he regarded neighboring countries as its Russia’s backyard.

“He wants to expand his territory and push borders with violence,” he said. “He is desperately trying to re-establish Russia’s old significance in a world that has changed.”

Putin appeared to want to capture a part of eastern and southern Ukraine, establishing a new contact line there that would eventually result in a ceasefire, he said.

“That will not be a sustainable solution,” he said. “Putin must strike a deal with Ukraine.”

Marin said that Finland had credible defence capabilities and a strong will to defend itself.

“We have maintained a strong and modern conscript army that is able to operate and ready to act with NATO,” she said.