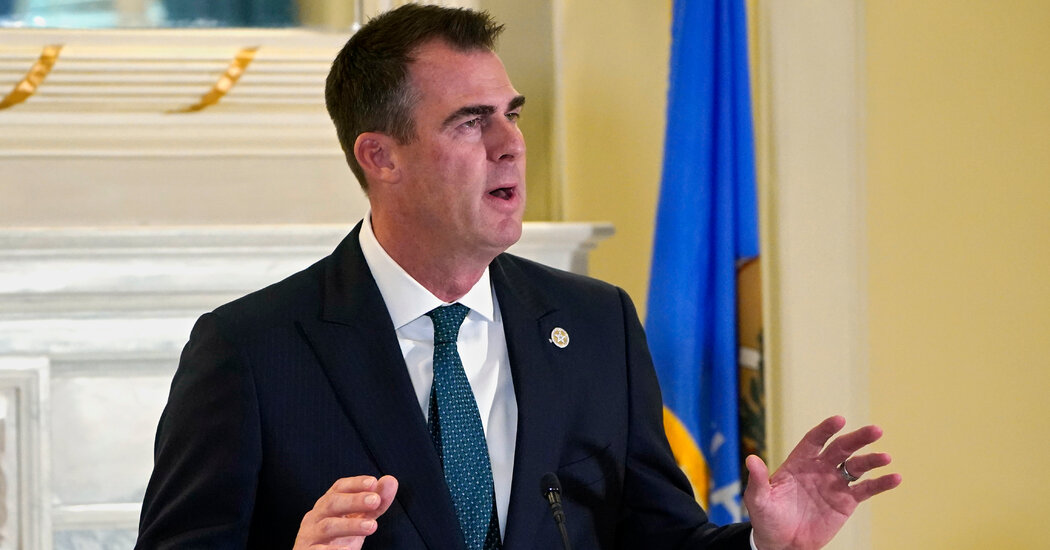 Gov. Kevin Stitt of Oklahoma on Tuesday signed a bill prohibiting abortions after about six weeks of pregnancy, the latest attempt by Republican lawmakers in the state to find legal avenues to ban abortions that will withstand judicial challenges.

The law, the Oklahoma Heartbeat Act, was modeled on the one that came into force in Texas last year, with both banning abortions after fetal cardiac activity is detected, and requiring enforcement from civilians rather than government officials.

It was signed one day after a leaked draft opinion from the Supreme Court suggests that Roe v. Wade will be overturned in the coming weeks.

“I want Oklahoma to be the most pro-life state in the country because I represent all four million Oklahomans who overwhelmingly want to protect the unborn,” Mr. Stitt said on Twitter.

The law, which was approved by Oklahoma’s Legislature last week, goes into effect immediately. It is distinct from a new law last month that outlaws abortion entirely except to save the life of a pregnant woman, which takes effect in late August.

Lawmakers in Oklahoma have put forward a number of anti-abortion bills in the hopes of closing off any potential loopholes.

Mr. Stitt has said he would sign any anti-abortion legislation that came to his desk.

When the law restricting abortions in Texas came into effect last year, Oklahoma became one of a number of states where Texas women came to terminate pregnancies. The new Oklahoma law would seem to close off that option.

Last week, a coalition of abortion providers in Oklahoma filed legal challenges to both of the abortion bans.

“The Oklahoma Supreme Court has repeatedly found that the State Legislature’s extreme attempts to restrict abortion are unconstitutional, and these bans are some of the most extreme yet,” said Nancy Northup, president of the Center for Reproductive Rights, a group based in New York that advocates for abortion rights and which backed the legal challenge.