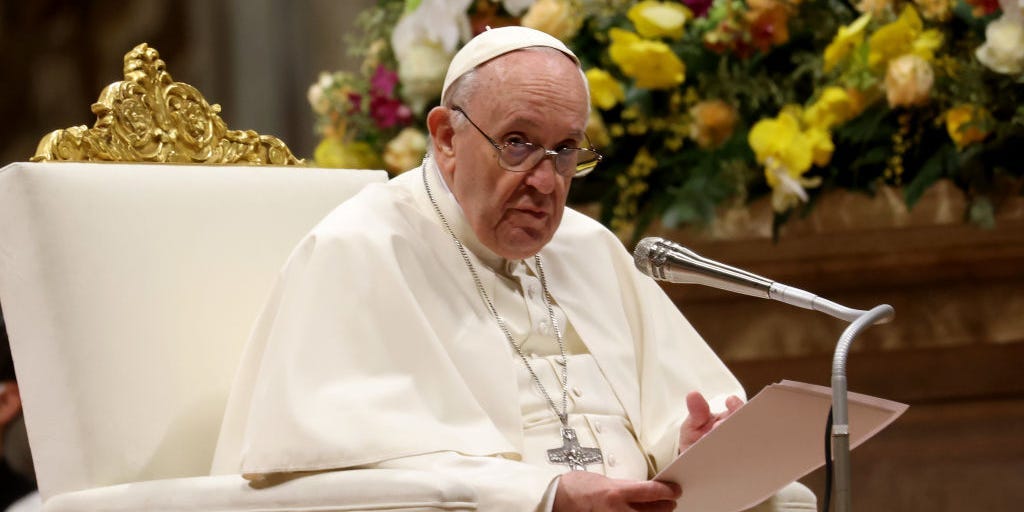 While condemning the brutality of the war in Ukraine, Pope Francis said Russians are discovering that their “tanks are useless,” in an interview with Italian newspaper Corriere Della Sera, published Tuesday.

“The Russians have just found out that tanks are useless and they might be developing new weapons. Wars are fought for this reason too: to test your arsenals,” he said in the article. “The production and the sale of armaments is a disgrace, but few are bold enough to stand up against it.”

Ukrainian fighters have been mauling Russian tanks with Western imports like Javelins, and Ukrainian-made Stugna-Ps, as well as other anti-tank weapons throughout the war; researchers currently estimate 600 Russian tanks have been destroyed or lost. Experts have said that Russian tanks have a design flaw that makes them susceptible to decapitation that will kill their crew, known as “jack-in-the-box effect,” CNN reported. The United States and other NATO allies are continuing to arm Ukraine with anti-tank weaponry as well as heavy artillery.

During the interview, Francis seemed to partially blame the war’s outbreak on NATO, who he said was “barking at Russia’s gate.”

“I have no way of telling whether his rage has been provoked,” Francis said of Russian President Vladimir Putin, “but I suspect it was maybe facilitated by the West’s attitude.”

In expressing his concerns about the war, Pope Francis mentioned the Spanish Civil War, which became a testing ground for Soviet and Nazi weapons, such as the Messerschmitt 109 fighter and new artillery that would be used in World War II.

Pope Francis has repeatedly called for peace in Ukraine, but has yet to outwardly criticize Putin as the Catholic leader tries to mend historic breaches with the Russian Orthodox Church, whose leader is close to Putin. About 20 days after the war began, he requested to meet Russian president, but has yet to hear back.

“We received no answer whatsoever, but we keep pressing them on this issue,” Francis said in the interview. “I fear, however, that Putin cannot, or does not want to agree to our meeting at the moment.”