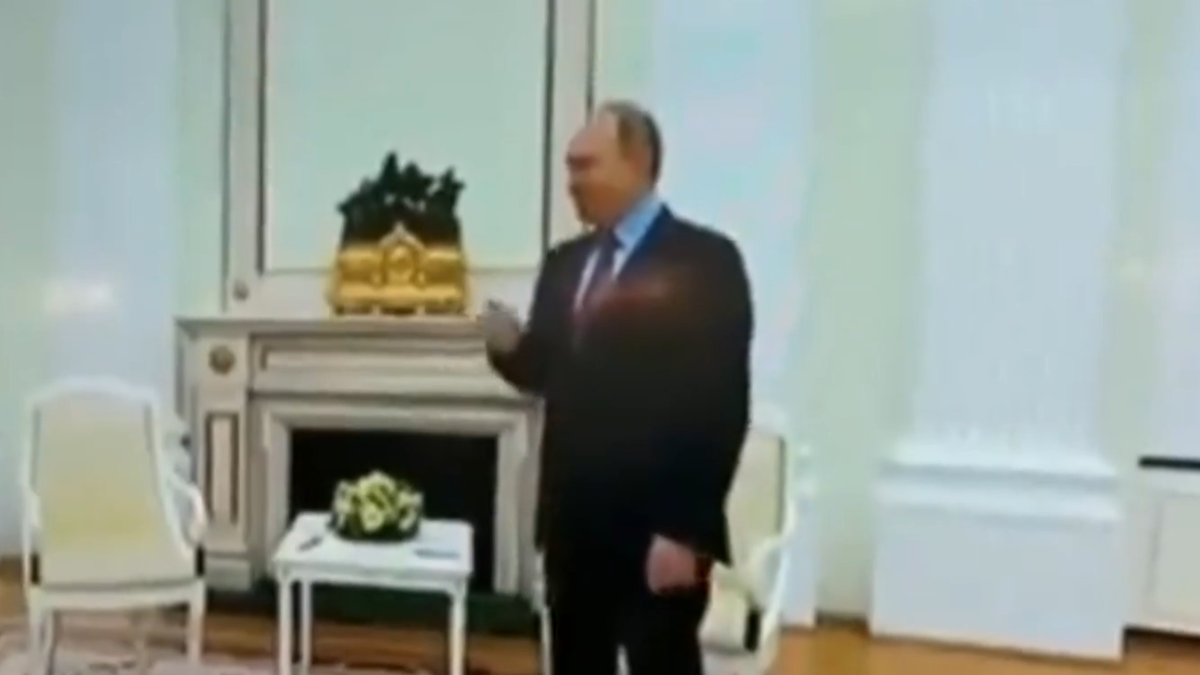 Experts are keenly watching Vladimir Putin’s public appearances for further signs of ill health, amid rumours attributed to a Kremlin insider that the Russian president is due to undergo surgery, possibly for cancer.

The rumours appear to have originated with the hugely popular Russian Telegram channel General SVR, which claimed that Mr Putin’s doctors have warned him the surgery might incapacitate him for “a short time”, and that during this period the president will briefly hand over the reins of power to an aide.

There has been no official confirmation regarding Mr Putin’s alleged ill health — the Kremlin has not commented on the reports, either to confirm or deny them — but recent videos and pictures showing him shaky, fidgeting and puffy-looking have fuelled speculation that the 69-year-old may be suffering from one of a number of conditions including dementia, Parkinson’s or cancer.

Russia observers are divided on how much attention to pay to the health rumours, with some even suggesting it could be a deliberate ploy from the Kremlin — given how tightly Russia controls any media output relating to the president.

The latest claim about Mr Putin’s health was made on a Telegram channel which is purportedly run by a former Russian Foreign Intelligence Service (SVR) lieutenant general, using the pseudonym “Viktor Mikhailovich”. According to the New York Post, in a video on the channel it is claimed that Mr Putin recently had a two-hour “heart-to-heart” conversation with close aide and secretary of Russia’s security council, Nikolai Patrushev.

Mr Patrushev, who is a former chief of the Federal Security Service (FSB), was told that he might be given charge in a handover lasting a few days, and the president “made it clear” to him that he views him as “almost the only truly confidant and friend in the system of power”.

“I would say there is a great deal of speculation about President Putin’s health,” Theresa Fallon, founder and director of the Centre for Russia Europe Asia Studies (CREAS) in Brussels, told The Independent.

“[Mr Putin] has always tried to emphasise his fitness and vigour, which is part of his brand. Illness does not fit with Putin’s strong man narrative that has been carefully cultivated over the years by the Kremlin. This makes me wonder if there is really something else going on behind the scenes,” she said.

Another clip last month showed Mr Putin grabbing the corner of a table with his right hand as soon as he sits down for a meeting, and keeping hold of it for the entirety of the 12 minute clip. He is also seen intermittently holding the edge of the table with his left hand during a conversation with defence minister Sergei Shoigu.

Earlier media reports had drawn attention to Mr Putin’s bloated face and his use of the full length of a 13ft table to distance himself from others in meetings, including with fellow world leaders, fuelling rumours that there was more to this stage-management than simple pandemic-era precaution.

“In a war situation with a very non-transparent leadershipm, analysts watch carefully for any clues to Putin’s health [especially] as the 9 May Victory Day fast approaches,” Ms Fallon said, referring to the anniversary of the defeat of the Nazis in 1945, which Russia is expected to mark with a military parade in Moscow.

“Will something impactful happen on that day is the big question. Speculation is rife as it is a very unpredictable landscape right now.”

Ms Fallon said that Mr Patrushev would make sense as a temporary leader as he is also in his old age and would not be a threat to Mr Putin compared to a more youthful pair of hands. Alternatively, there is speculation that he may be set up as a fall guy for something while Mr Putin is not leading the country temporarily, she said. And finally, there is always the possibility that there actually is a surgical procedure, and Mr Putin might not survive it.

Anders Åslund, the author of the book Russia’s Crony Capitalism, told The Independent that the fact the new reports are cited to General SVR means they should not be dismissed out of hand.

“Putin looks very different – not healthy,” he said. “I think highly of the reports by General SVR, not all correct but they tend to have something right.

“Roman Badanin and a group of excellent Russian Investigative journalists wrote a big report for the web publication ‘Proekt’ showing that Putin travels with nine physicians, one of whom is a specialist on thyroid cancer surgery.”

He is referring to the Russian journalist Badanin’s investigative report, which detailed that a thyroid cancer specialist allegedly made 35 trips to see the Russian president and spent 166 days with him during the span of four years.

Moscow and Mr Putin have repeatedly denied reports of his severe ill health. Earlier this month, Kremlin spokesman Dmitry Peskov denied that Mr Putin had undergone surgery for thyroid cancer, and said that the president’s health was “excellent” and that he had not dealt with any illness more serious than a cold.

Asked about the health rumours by reporters on Monday, Pentagon spokesman John Kirby said: “I have seen nothing that could help us corroborate that.”

Sorgente articolo:
Putin cancer rumours grow amid signs of ill health, as ‘insider’ report suggests he could hand over power – The Independent