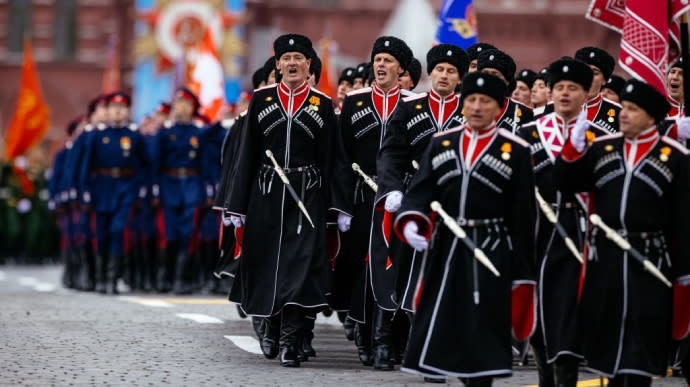 DENYS KARLOVSKY – WEDNESDAY, MAY 4, 2022, 04:18 PM Ukrainian intelligence has established that Russia is carrying out covert mobilisation of former military personnel, the unemployed and Russian Cossacks from the southern regions. Source: Report of the Main Intelligence Directorate of the Ministry of Defence of Ukraine Quote: “To replenish the reserves of the occupying troops, the Russian Federation is continuing covert mobilisation measures. The main attention of Ruscist agitators is given to the recruitment of “volunteers” from among the Russian “Cossacks” of the Rostov region and the Krasnodar Territory. Also of interest are citizens who have lost their jobs as a result of international sanctions and former military personnel living in other post-Soviet countries.” Details: In addition, volunteers are also being sought in Primorsky Krai in the Far East. Ukrainian intelligence officers claim that those wishing to go to fight in Ukraine are being offered at least 200,000 rubles (almost 90,000 hryvnias) monthly. In the Belgorod, Bryansk and Kursk regions bordering Ukraine, events are being held to recruit those who want to do “short-term military service under a contract” for up to 3 months. In addition, preparations are being made in these areas for the partial mobilisation of the male population in the event of a sharp deterioration in the military operations in Ukraine. However, rumours of significant Russian losses in the war against Ukraine are circulating among those wishing to join the Russian military. Also, the military occupation troops of the Russian Federation often do not receive the promised money or receive significantly smaller amounts than agreed upon when signing their contracts. Background: Earlier, the head of the Main Intelligence Directorate of the Ministry of Defence, Kyrylo Budanov, said that the Russian invaders were developing plans to “legalise” the annexation of the occupied territories of southern Ukraine and the revival of the “Tavricheskaya province” – the administrative formation at the time of the Russian Empire. Budanov also said that there are signs that the Russian military leadership is preparing to make an open declaration of a state of war with Ukraine, to introduce martial law and to start a general mobilisation of the population. Ukrainian intelligence has learned of Russian plans that regions in Siberia and the Far East will be tasked with recruiting 200 people every week to be sent to the front in Ukraine.