Three people were killed and several others seriously hurt in a terror attack in the central city of Elad on Thursday, medics said.

The attack came at the end of Israel’s Independence Day, and follows a wave of terror attacks in Israel and the West Bank, and repeated threats by Palestinian terror groups over the Temple Mount in Jerusalem.

At least one of the wounded was in critical condition, and up to seven were hurt in the incident in the largely ultra-Orthodox city.

The Magen David Adom ambulance service reported the three fatalities. The victims were not immediately identified.

MDA paramedics also reported another person was lightly wounded “during a fight with the terrorists.”

Police confirmed that the incident was a terror attack.

Two victims, one in critical condition and another seriously wounded, arrived at Beilinson hospital in Petah Tikva. A third victim in serious condition was rushed to the Sheba Medical Center in Ramat Gan.

According to Israeli police officials, Elad residents said two men attacked passersby at a park in the city. Many Israelis celebrate Independence Day outdoors in city parks and nature areas.

One of the attackers used a firearm and the other had an ax or a large knife, witnesses said. MDA said the injuries did not appear to be from gunfire, but from a “sharp implement.” 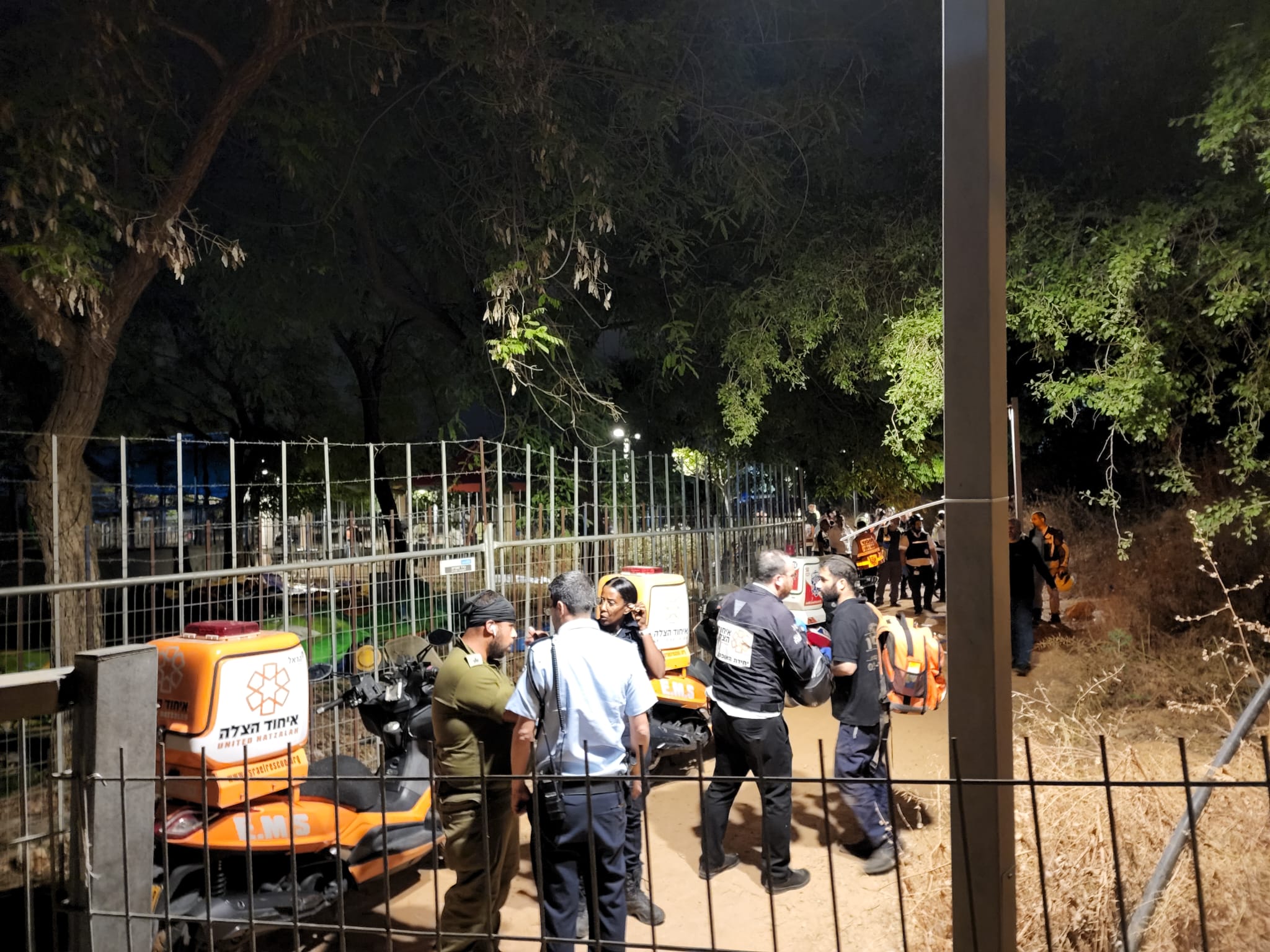 Medics at the scene of a suspseted terror attack in Elad, on May 5, 2022. (United Hatzalah)

Police launched a manhunt for the two suspects and blocked off several roads in the area. In a statement, a police spokesperson said a helicopter was being used to search for a vehicle that had fled the scene.

Local authorities ordered residents of Elad to remain in their homes.

“We were in the synagogue when the gabai (warden) shouted, ‘Terrorist, terrorist,’” an eyewitness named Mordechai told Hebrew media. “We went outside and we saw [one of the terrorists] running along a path… and hitting anyone in front of him with an ax to the head. Both of [the terrorists] were shouting Allahu Akbar [God is greatest].”

The Hamas terror group called the attack “a heroic operation” in response to Jewish Israelis visiting the Temple Mount holy site earlier Thursday. Hundreds visited the flashpoint hilltop, which is Judaism’s holiest site and Islam’s third-holiest, in the first time since Passover. The site was closed to Jewish visitors for the end of Ramadan.

Earlier Thursday, Palestinians clashed with police on the Temple Mount after the site was reopened for Jews after the two-week closure. Hamas had threatened to retaliate if Jewish visitors were allowed to “storm” the holy site.

“Our people will continue their struggle and their defense of the Al-Aqsa Mosque with every means. Their blows will strike the Zionists and the settlers wherever they are,” said Hamas spokesperson Abd al-Latif al-Qanou.

“This is the practical implementation of what the resistance warned: Al-Aqsa is a red line,” Hamas official Hazem Qasim said. 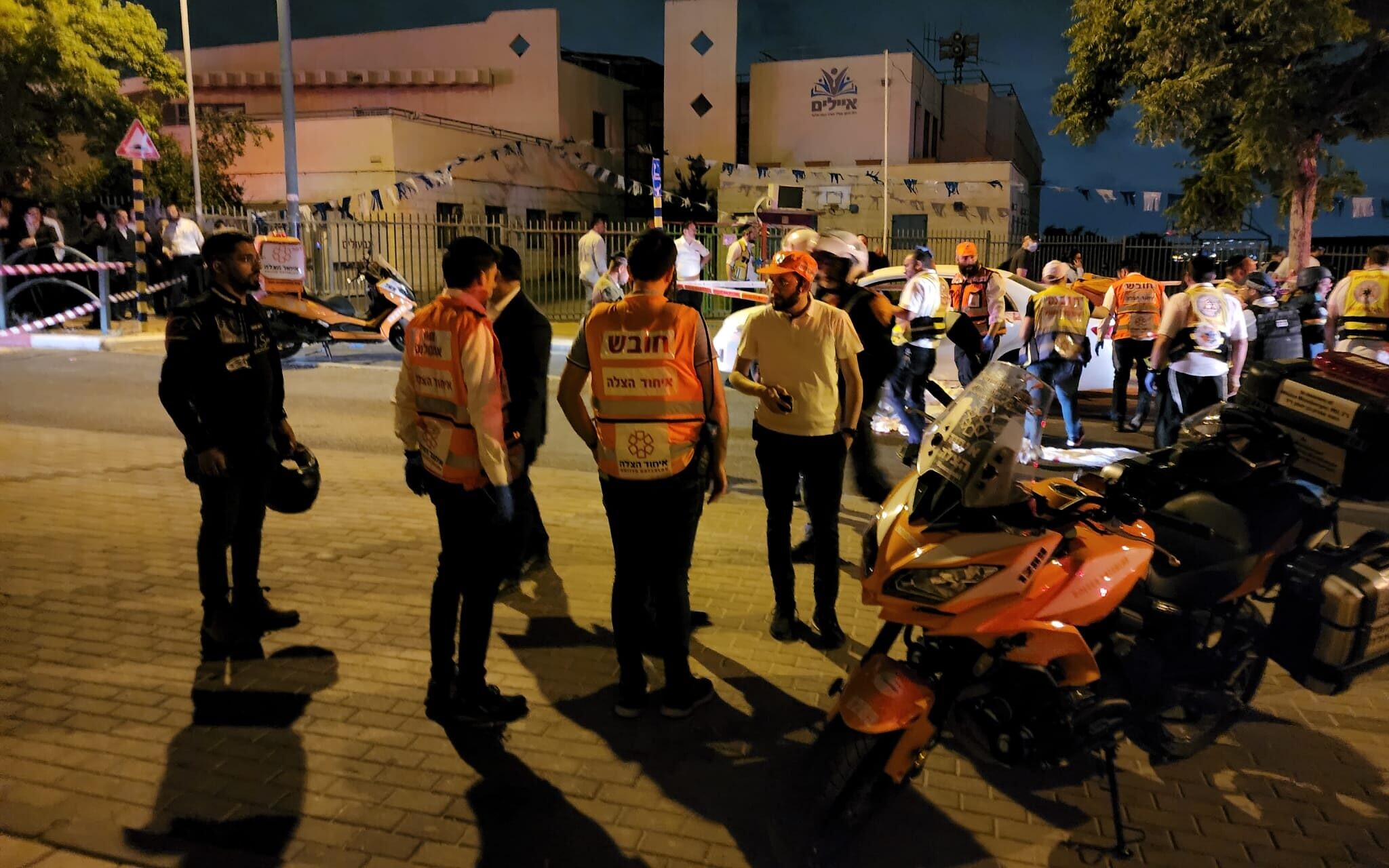 The attack came as tensions have risen sharply between Israel and the Palestinians in recent weeks, against the backdrop of repeated terror attacks in Israel and the West Bank that left 16 others dead.

The army has stepped up its West Bank activities in an attempt to crack down on the spiraling violence. The ensuing raids sparked clashes that left at least 26 Palestinians dead. Many of those took part in the clashes, while others appeared to have been civilians.

In an unusual move, Hamas’s military wing claimed a shooting attack in the West Bank settlement of Ariel on Friday that left an Israeli security dead.

The “heroic” attack “will not be the last one, with God’s help,” the Izz al-Din al-Qassam Brigades said.

Palestinians and Israeli forces have clashed repeatedly at the Temple Mount over the past few weeks. The violence echoed scenes from last year, when rioting at the site helped spark a war between Israel and Gaza-based terror groups led by Hamas.

Ever since the May 2021 war, Hamas, which seeks to destroy Israel, has threatened to fire rockets at Israel if it violated the organization’s “red lines” in Jerusalem. The terror group has hailed its “deterrence” against Israel in the contested capital as a key achievement of the war, which wrought widespread destruction in Gaza.

Sinwar said on Saturday that the terror group “will not hesitate to take any steps” if Israel “violates” Al-Aqsa Mosque.

Sorgente articolo:
3 killed, several injured in terror attack in Elad at end of Independence Day – The Times of Israel