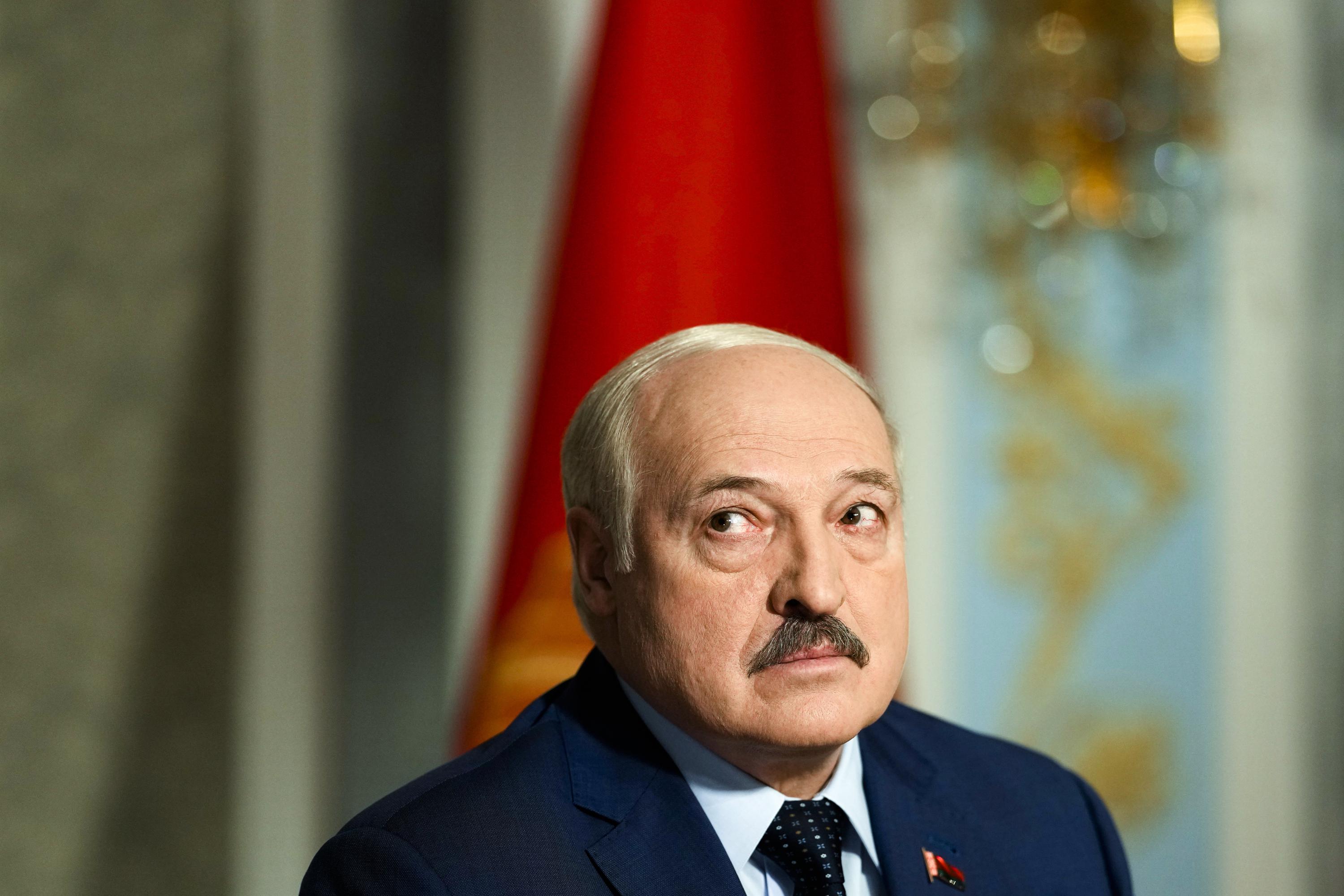 MINSK, Belarus (AP) — Belarus’ authoritarian President Alexander Lukashenko defended Russia’s invasion of Ukraine in an interview Thursday with The Associated Press, but he said he didn’t expect the 10-week-old conflict to “drag on this way.”

He also spoke out against the use of nuclear weapons in Ukraine but wouldn’t say if Russian President Vladimir Putin had plans to launch such a strike.

Lukashenko said Moscow, which launched the invasion of Ukraine on Feb. 24 — partly from his territory — had to act because Kyiv was “provoking Russia.”

“But I am not immersed in this problem enough to say whether it goes according to plan, like the Russians say, or like I feel it,” he said in the nearly 90-minute interview at Independence Palace in Minsk. “I want to stress one more time: I feel like this operation has dragged on.”

Lukashenko’s support of the war has prompted international criticism and sanctions against Minsk. Some Russian troops were sent from Belarusian territory into Ukraine, and Lukashenko has publicly stood by his longtime ally, who has pumped billions of dollars into shoring up his Soviet-style, state-controlled economy with cheap energy and loans.

But speaking to the AP, Lukashenko said he and his country stand for peace and repeatedly called for the end of the “war” — a term the Kremlin refuses to use, calling the invasion a “special military operation” instead.

“We categorically do not accept any war. We have done and are doing everything now so that there isn’t a war. Thanks to yours truly, me that is, negotiations between Ukraine and Russia have begun,” he said.

Lukashenko said using nuclear weapons in Ukraine was “unacceptable because it’s right next to us — we are not across the ocean like the United States.”

“It is also unacceptable because it might knock our terrestrial ball flying off the orbit to who knows where,” he said. “Whether or not Russia is capable of that — is a question you need to ask the Russian leadership.”

Russia “can’t by definition lose this war,” Lukashenko said, noting that Belarus is the only country standing by Moscow, while “as many as 50 states have joined forces” on Ukraine’s side.

He added that Putin isn’t seeking a direct conflict with NATO, and the West should ensure that one doesn’t happen.

“He most likely does not want a global confrontation with NATO. Use it. Use it and do everything for that not to happen. Otherwise, even if Putin doesn’t want it, the military will react,” the Belarusian leader warned.

The 67-year-old Lukashenko called Putin his “big brother” and said the Russian leader doesn’t have “closer, more open or friendlier relations with any of the world leaders other than the president of Belarus.”

Their relationship has been particularly close recently but was rocky in earlier years. Before a disputed 2020 election sparked mass protests and a domestic crackdown by Lukashenko, he often accused the Kremlin of trying to force him to relinquish control of prized economic assets and abandon his country’s independence.

Faced with tough economic sanctions after he brutally suppressed the protests, the Belarusian leader started emphasizing a need to jointly counter Western pressure and met with Putin regularly, stressing their close ties.

Still, Lukashenko’s support of the invasion in Ukraine has stopped short of deploying his own troops in the conflict, and on Thursday he told AP that Minsk poses no threat to its neighbor, even as its military conducted drills this week.

“We do not threaten anyone and we are not going to threaten and will not do it. Moreover, we can’t threaten — we know who opposes us, so to unleash some kind of a conflict, some kind of war here … is absolutely not in the interests of the Belarusian state. So the West can sleep peacefully,” he said.

He blamed the West — especially Washington — for fueling the conflict between Russia and Ukraine.

“The U.S. wants to seize the moment, tying its allies to itself, and drown Russia in the war with Ukraine. It’s their goal — to sort out Russia, and then China,” he said.

“Today it’s not Zelenskyy who’s running Ukraine – no offense, that’s my point of view, maybe I’m wrong,” Lukashenko said, adding that if U.S. President Joe Biden said so, “everything will stop within a week.”

Follow the AP’s coverage of the war at https://apnews.com/hub/russia-ukraine