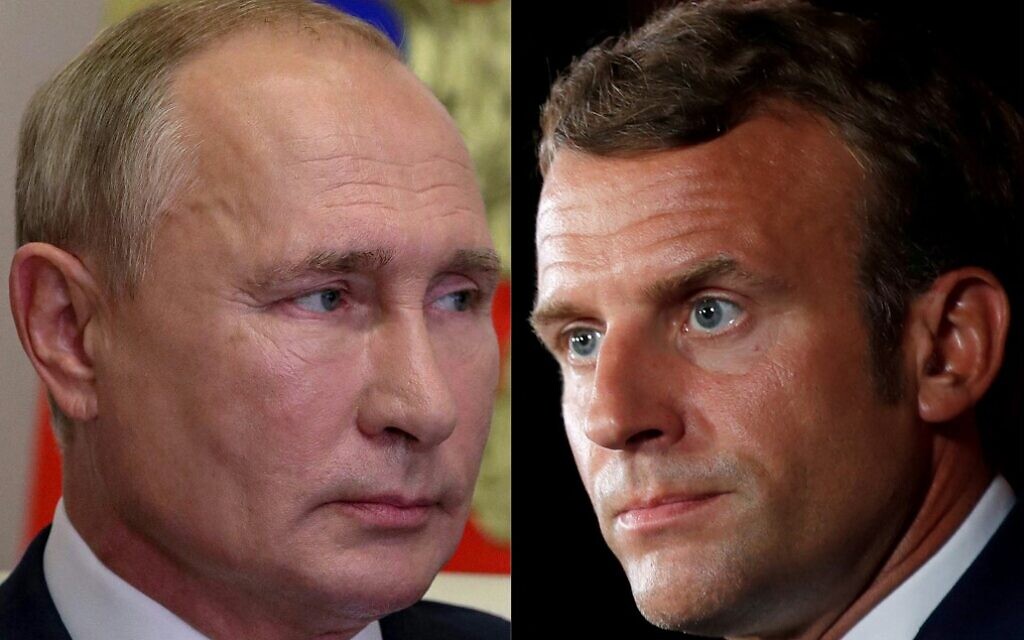 Accusing Ukrainian forces of committing war crimes and claiming the EU was “ignoring” them, Putin told Macron “the West could help stop these atrocities by putting relevant pressure on the Kyiv authorities, as well as halting the supply of weapons to Ukraine.”

Putin also said Kyiv was not being consistent or ready for “serious work” on ending the conflict.

“The Russian side is still open to dialogue,” the Russian leader told Macron, according to the Kremlin readout.

Macron for his part, according to the Kremlin, said global food security was under threat due to the Ukraine conflict.

Putin linked the situation to Western sanctions against Russia and “noted the importance of the unimpeded functioning of the global logistics and transport infrastructure,” the Kremlin said.

Macron is one of the few Western leaders to speak to Putin since Moscow moved troops into Ukraine on February 24, spending hours on telephone calls trying to negotiate a resolution to the conflict.

The conflict has killed thousands of people and displaced more than 13 million, creating the worst refugee crisis in Europe since World War II.

Sorgente articolo:
In call with Macron, Putin says West must stop supplying Ukraine with arms – The Times of Israel