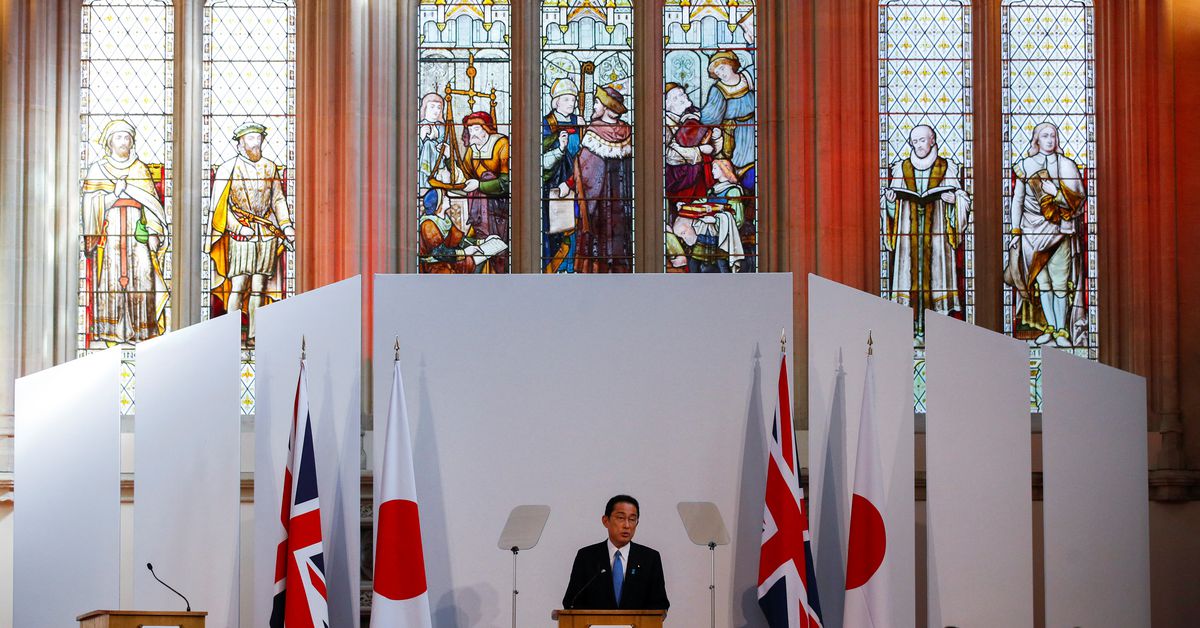 LONDON, May 5 (Reuters) – Japan’s Prime Minister Fumio Kishida said on Thursday that it would use nuclear reactors to help reduce its own and other countries’ dependence on Russian energy.

Japan has become more reliant on Russian gas since shutting down nuclear reactors after the 2011 Fukushima disaster in which an earthquake and tsunami triggered a meltdown, devastating its north-eastern region.

But facing elections in July and rising energy prices that are squeezing voters’ budgets, Kishida said nuclear would be part of the country’s future energy policy.

He said Japan would address the “vulnerability of our own energy self-sufficiency” by broadening where it buys energy from, promoting renewables and using nuclear power to diversify its sources of generation.

“We will utilise nuclear reactors with safety assurances to contribute to worldwide reduction of dependence on Russian energy,” Kishida told an audience in London’s financial district.

“Restarting just one existing nuclear reactor would have the same effect as supplying 1 million tonnes of new LNG (Liquified Natural Gas) per year to the global market.”

More than a decade after the March 2011 earthquake and tsunami triggered the worst nuclear crisis since Chernobyl, nuclear power remains a difficult issue in Japan, where only a handful of its 30-odd plants are currently operating. read more

But a majority of the public and businesses want the government to restart nuclear reactors to address energy security, with the Ukraine crisis and higher energy costs having added momentum to that shift in opinion.

Kishida addressed the City of London with the pro-investment messages: “Japan is a buy”. read more

He said 150 trillion yen ($1.16 trillion) in investment would be raised in the next decade to meet its goals of carbon neutrality by 2050 and to reduce greenhouse gas emissions by 46% by 2030.

He outlined a roadmap to 2030 focused on maximising use of “pro-growth carbon pricing” and promotion of long-term projects.