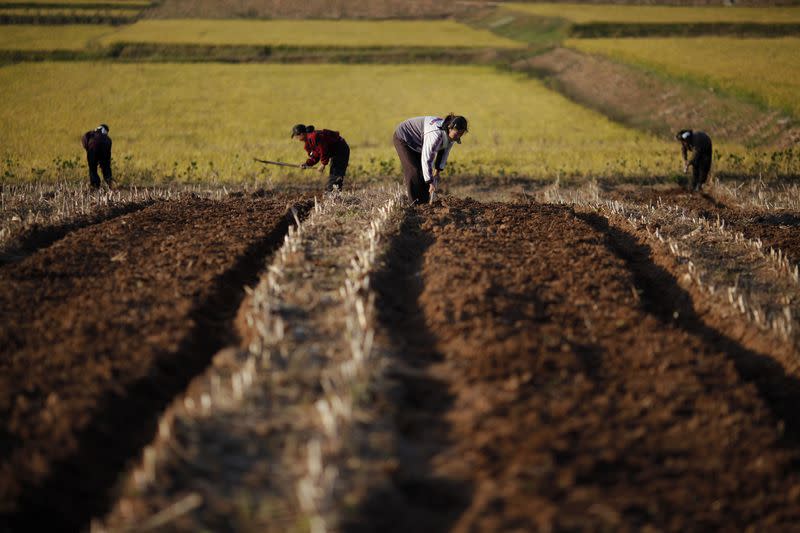 SEOUL (Reuters) – North Korea’s office workers and factory labourers have been dispatched to farming areas around the country to join a fight against drought, state media reported on Wednesday, amid concerns over prolonged food shortages.

Drought and floods have long posed a seasonal threat to North Korea, which lacks irrigation systems and other infrastructure, and any serious natural hazards could cripple its reclusive economy already reeling from international sanctions and a near halt of trade.

It did not specify any damages so far, but said those efforts are aimed at countering an ongoing dry spell and bracing for an upcoming drought.

“Systematic, aggressive efforts are under way to raise public awareness and mobilise all available capabilities to prevent crop damages from drought in advance,” the paper said.

North Korea’s weather authorities on Tuesday warned of prolonged dry weather across the country until early next week, according to the official KCNA news agency.

The weather agency said last week that the average temperature for April was 2.3 Celsius (36.1 Fahrenheit) degrees higher than usual, with just 44 percent of its average rainfall nationwide.

In Anju and Kaechon, north of the capital Pyongyang, people created ponds, added fertiliser and growth enhancer to crops, and sent tractors, trucks and cultivators to carry water to farms, Rodong said.

Another dispatch said young labour units, which are called dolgyeokdae or youth brigades and usually mobilised in major infrastructure projects, have recently built waterways in the eastern port city of Hamhung as part of efforts to modernise and expand irrigational facilities.

In March, the United Nations urged Pyongyang to reopen its borders to aid workers and food imports, saying its deepening isolation may have left many facing starvation.

North Korea has not officially confirmed any COVID-19 cases, but it had closed borders and travel restrictions, before briefly resuming trade with China early this year.

The World Food Program estimated that even before the pandemic hit, 11 million, or more than 40 percent of the population, were undernourished and required humanitarian assistance.