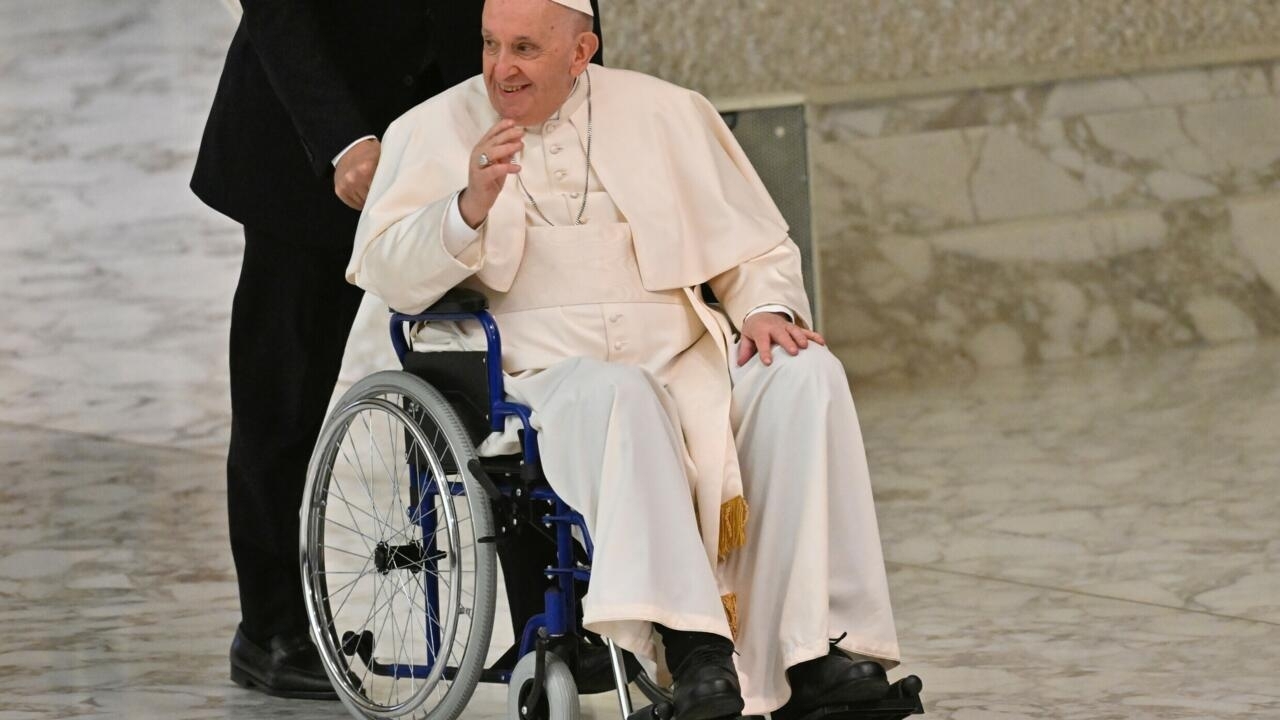 Vatican City (AFP) – Pope Francis, who has suffered from pain in his knee, used a wheelchair for the first time at a public event on Thursday.

The 85-year-old was wheeled into the Paul VI hall at the Vatican for a meeting of a Catholic organisation of sisters and nuns, according to an AFP journalist.

He used a wheelchair after an operation on his colon last summer, but this was the first time he has been pictured in one at an event open to the media.

Francis has been suffering for months with pain in his right knee, cancelling numerous engagements, and in recent days has struggled to walk.

On Wednesday, he had to be helped out of his chair by an assistant at the weekly audience in St Peter’s Square.

The Vatican has not said officially what the problem is, although sources have told AFP he has chronic arthritis.

The pope himself has also spoken of an injured ligament in his knee.

He told Italian daily Corriere della Sera in an interview published Tuesday that he would undergo an “intervention with infiltration”.

Vatican sources told AFP this involved the injection of anti-inflammatories into the joint, adding that no surgical intervention was currently planned.

He told a newspaper in Argentina in April that he was treating his knee pain by putting ice on it and taking some painkillers.