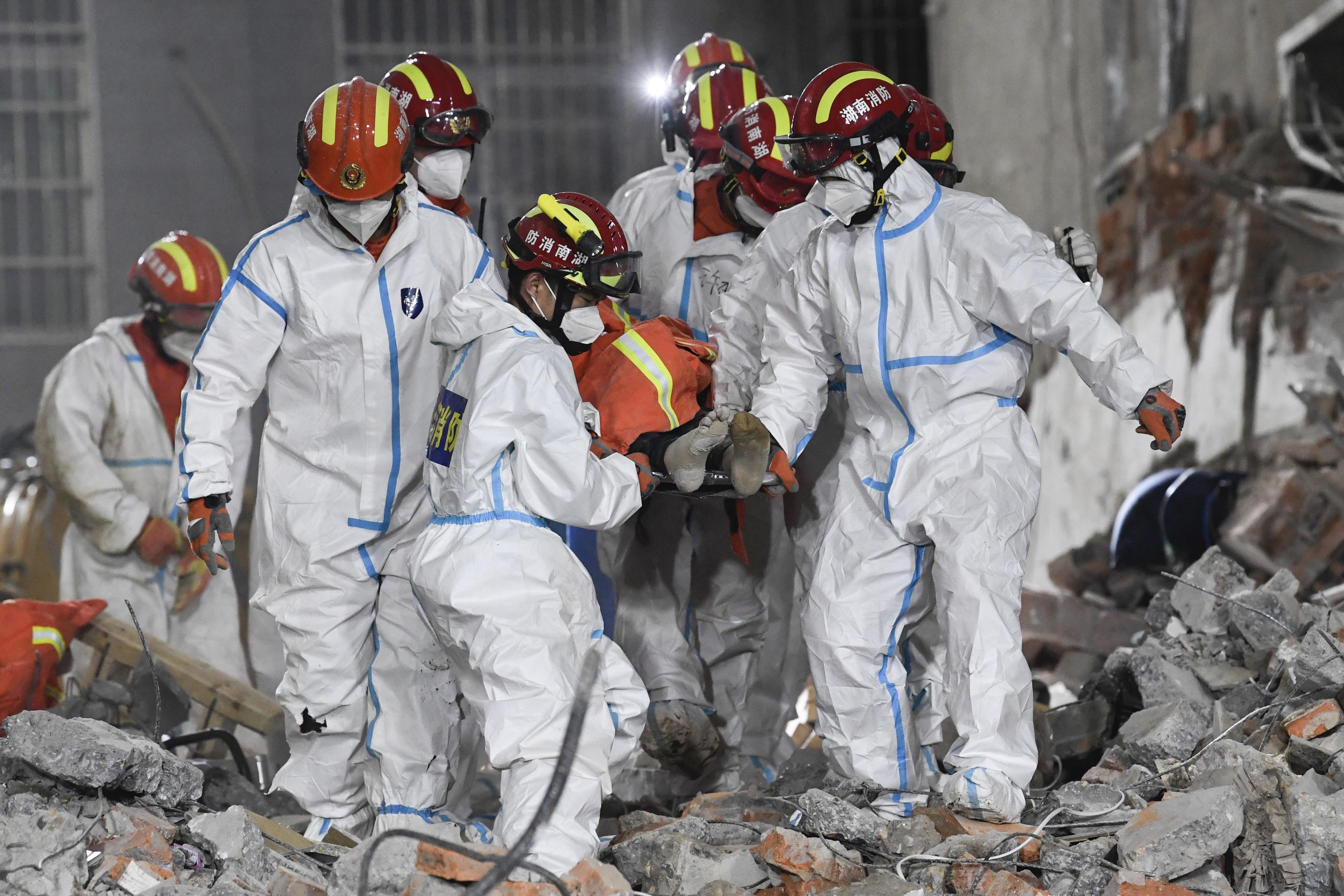 The unidentified woman is the 10th survivor of the disaster in the city of Changsha, in which at least five people have died and an unknown number, possibly dozens, are still missing.

She was rescued shortly after midnight on Thursday, about 132 hours after the rear of the six-story building suddenly caved in on April 29, the official Xinhua News Agency reported.

The woman was conscious and advised rescuers on how to pull her out without causing further injury, Xinhua said. Teams had used dogs and hand tools as well as drones and electronic life detectors in the search.

All the survivors were reportedly in good condition after having been treated in a hospital. Intermittent rain showers in recent days may have increased their chances of survival without food or water.

At least nine people have been arrested in relation to the collapse of what Xinhua has described as a “self-built building,” including its owner, on suspicion of ignoring building codes or committing other violations.

Also held were three people in charge of design and construction and five others who allegedly gave a false safety assessment for a guest house on the building’s fourth to sixth floors.

The building also held a residence, a cafe and shops.

An increase in the number of collapses of self-built buildings in recent years prompted Chinese President Xi Jinping to call last month for additional checks to uncover structural weaknesses.

Poor adherence to safety standards, including the illegal addition of extra floors and failure to use reinforcing iron bars, is often blamed for such disasters. China also suffers from decaying infrastructure such as gas pipes that has led to explosions and collapses.