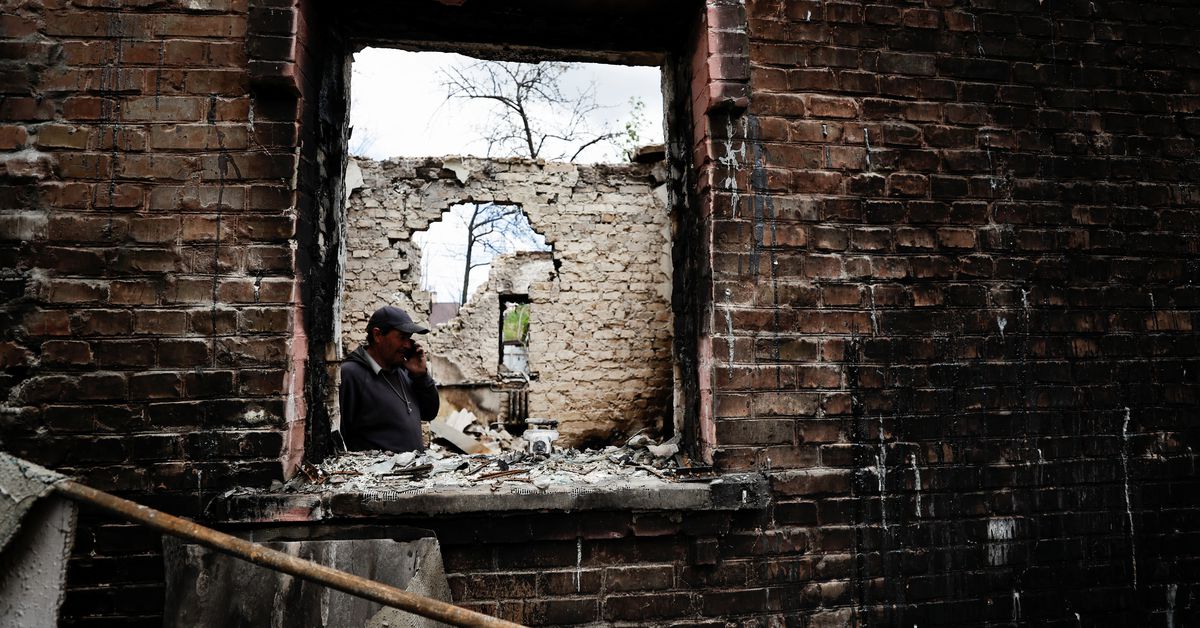 KYIV, Ukraine, May 6 (Reuters) – Amnesty International said on Friday there was compelling evidence that Russian troops had committed war crimes, including extrajudicial executions of civilians, when they occupied an area outside Ukraine’s capital in February and March.

Civilians also suffered abuses such as “reckless shootings and torture” at the hands of Russian forces during their failed onslaught on Kyiv in the early stages of the invasion launched by the Kremlin on Feb. 24, the rights group said in a report.

“These are not isolated incidents. These are very much part of a pattern wherever Russian forces were in control of a town or a village,” Donatella Rovera, Amnesty’s senior crisis response adviser, told a news conference in Kyiv.

Information collected by the group “can be used, hopefully, for holding the perpetrators to account, if not today, one day in the future”, she said.

Russia, which calls its invasion a “special operation” to disarm Ukraine and protect it from fascists, denies its forces committed abuses. Kyiv and its Western backers say the fascism claim is a false pretext for an unprovoked war of aggression.

The Amnesty report is the latest to document alleged war crimes committed by Russian forces when they occupied an area northwest of Kyiv, including the town of Bucha, where Ukrainian authorities say more than 400 civilians were killed. Moscow withdrew its troops in early April.

Oleksiy Sokolyuk, 50, talks on the phone as he stands inside his house, that according to him was destroyed by shelling, the first on March 5, and the second on March 17, amid Russian invasion of Ukraine, in Irpin, outside Kyiv, Ukraine May 4, 2022. REUTERS/Zohra Bensemra

The report concluded that Russian troops had committed a “host of apparent war crimes” in Bucha, including “numerous unlawful killings”, most of them near the intersection of Yablunska and Vodoprovidna streets.

A Reuters investigation published on Thursday documented clues, including testimony and evidence focused on Yablunska Street, to the identities of individual Russian soldiers and military units present in Bucha.

The units included the 76th Guards Air Assault Division, which the Amnesty report also found was present in the town.

Rovera said she collected in Bucha armour-piercing bullets and shell casings produced at a plant in Tula, south of Moscow, for rifles used only by elite Russian airborne units whose presence in Bucha Amnesty had confirmed.

“We also found and were able to view some military documents that indicate the presence of these special units in these places where these crimes were committed,” she said.

Amnesty said it had documented 22 cases of unlawful killing by Russian forces – “most of which were apparent extrajudicial executions” – in Bucha and nearby areas.

Asked by Reuters before the Amnesty report about Russia’s operation in Bucha, Kremlin spokesman Dmitry Peskov said: “The Bucha story is a set-up and a fake”.

Amnesty also said in its report Russian airstrikes that hit eight residential buildings on March 1-2 in the town of Borodyanka, killing at least 40 civilians, were “disproportionate and indiscriminate, and apparent war crimes”.

“Russian forces cannot credibly claim to have been unaware that civilians were living in the targeted buildings,” it said.