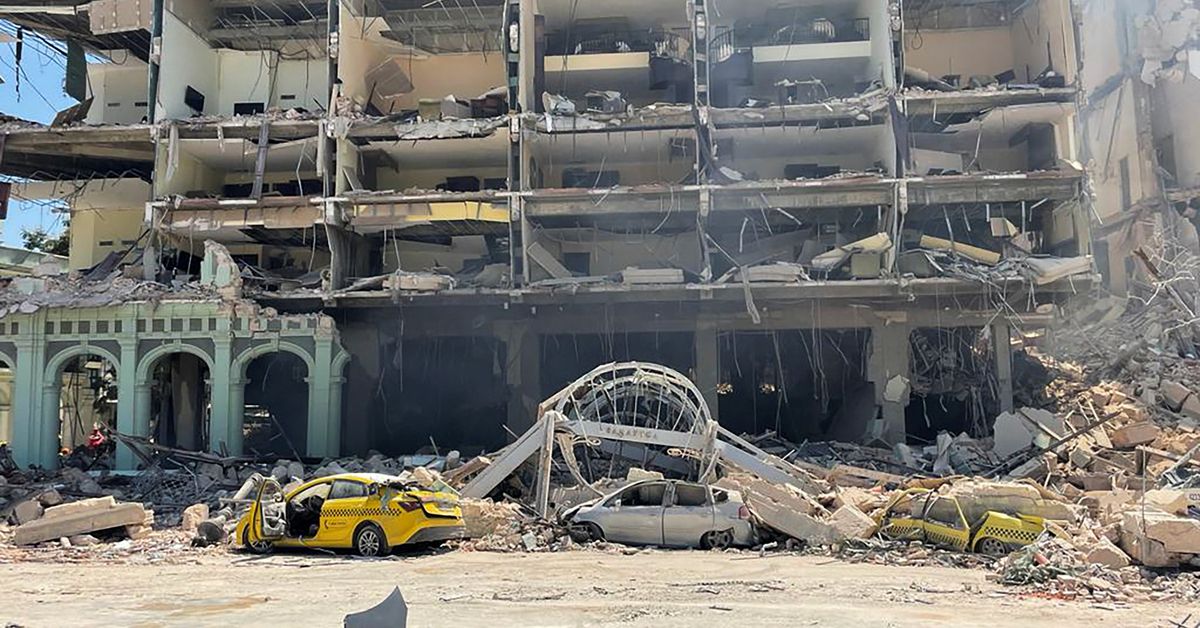 HAVANA, May 6 (Reuters) – A deadly explosion hit a well-known hotel in downtown Havana on Friday, tearing a gash several floors high into the side of the building, killing at least eight people and sending another 30 to hospital, witnesses and Cuban state media said.

President Miguel Diaz-Canel, speaking from the scene of the disaster on Cuban television, said the explosion at the Hotel Saratoga had not been caused by a bomb, adding that a gas leak appeared to be the most likely cause.

State TV reported that the blast was “not a terrorist attack,” and that while search and rescue efforts were ongoing it was unclear if additional victims remain trapped in the rubble.

The hotel had been closed and only workers were inside at time of the explosion, the state-run channel added, citing Roberto Enrique Calzadilla, a representative of the military-run company that operates many of the country’s hotels.

In a broadcast interview, Calzadilla said the 96-room hotel had been set to re-open in the next few days and that the workers on site were making final preparations.

He also pointed to a gas leak as the possible cause of the tragedy.

Debris is scattered after an explosion destroyed the Hotel Saratoga, in Havana, Cuba May 6, 2022. REUTERS/Alexandre Meneghini

“The workers were… making repairs and doing all the work to open the property and in the morning they were resupplying the gas and it seems some accident caused an explosion,” he said.

Photos from Granma, the Communist Party’s official daily, showed images of the hotel with walls apparently blown out.

Police and rescue workers flocked to the area, cordoning off key points and buildings nearby, including the historic Capitolio building.

A photo from the scene showed what appeared to be at least one body on the scene with a white cloth over it.

Nearby, ambulances were seen approaching a hospital in the old quarter of Havana surrounded by a crowd of doctors, nurses, police and curious onlookers.

The neoclassical style hotel was remodeled by a British company after the fall of the Soviet Union and was considered the place to go for visiting government officials and celebrities for many years. Recently, it had lost some of its shine with the opening of new hotels in Havana, but was still a five-star venue.