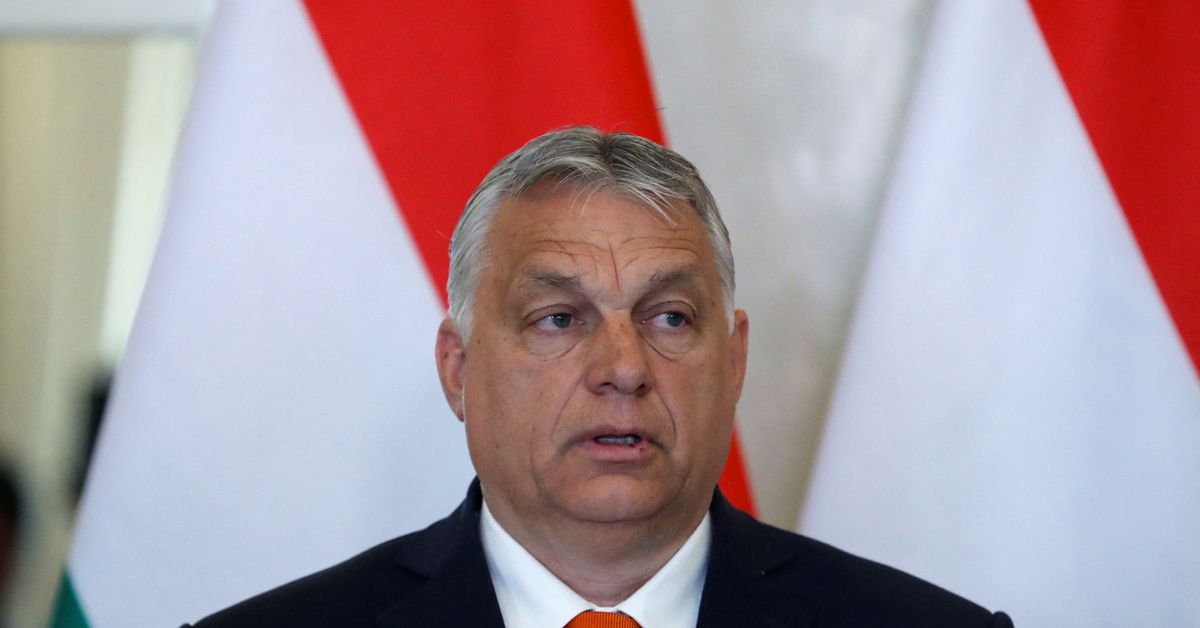 FILE PHOTO – Hungarian Prime Minister Viktor Orban speaks as he and Hungarian President Janos Ader give a statement to the media after their talks at the Presidential Palace in Budapest, Hungary, April 29, 2022. REUTERS/Bernadett Szabo

Orban said the European Commission’s current proposal banning Russian oil imports would amount to an “atomic bomb” dropped on the Hungarian economy, adding that Hungary was ready to negotiate if it sees a new proposal that would meet Hungarian interests.

The European Union’s executive on Wednesday proposed the toughest package of sanctions yet against Moscow for its war in Ukraine, but several countries worried about the impact of cutting off Russia oil imports stood in the way of agreement. read more

A handful of eastern EU countries are concerned that the halt would not allow them enough time to adapt, even though diplomats said Hungary and Slovakia would be given until the end of 2023.

Orban told state radio that Hungary would need 5 years and make huge investments in its refineries and pipelines to be able to transform its current system which relies about 65% on Russian oil.

“We know exactly what we need, first of all we need 5 years for this whole process to be completed… 1-1.5 years is not enough for anything,” Orban said, adding that Hungary would also need vast investment in refineries and the shipping system to allow imports of non-Russian oil.

Orban questioned whether it was wise to make investments on that scale for a result in 4 to 5 years time, while the war in Ukraine was happening now.

He said Hungary was waiting to see a new proposal from the Commission.

“I don’t want to confront the EU but to cooperate….but this is only possible if they take our interests into account.”

Orban also said Hungary would not support the blacklisting of the head of the Kremlin-allied Russian Orthodox Church, Patriarch Kirill, as this was an “issue of religious fredom.”

He reiterated Hungary’s position not to send any weapons to neighbouring Ukraine as those shipments would become targets of Russian attacks in the area beyond the border in western Ukraine where ethnic Hungarians live, he said.

Reporting by Krisztina Than and Anita Komuves; Editing by Frank Jack Daniel