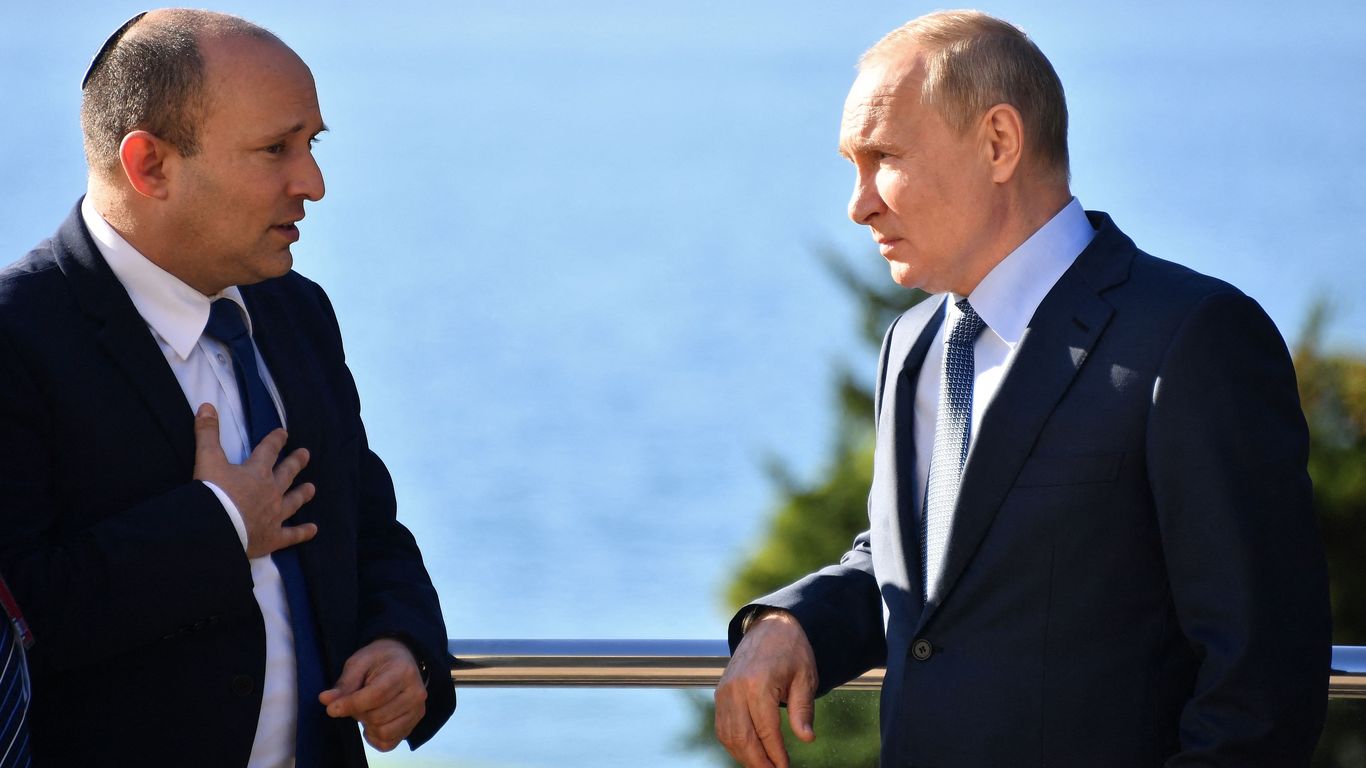 Why it matters: Lavrov’s comments created a diplomatic crisis between Russia and Israel, which was heightened Tuesday after the Russian Foreign Ministry doubled down on Lavrov’s statements and accused Israel of supporting Ukrainian “neo-Nazis.” If confirmed, Putins’ apology is a remarkable walk back.

Catch up quick: In an interview with an Italian TV channel on Sunday, Lavrov used the erroneous claim about Hitler’s ancestry to justify calling Ukraine’s Jewish president, Volodymyr Zelensky, a Nazi.

What they’re saying: “The Prime Minister accepted President Putin’s apology for Lavrov’s remarks and thanked him for clarifying the President’s attitude towards the Jewish people and the memory of the Holocaust,” Bennett’s office said in a statement.

The Kremlin statement about the call didn’t mention an apology, but did appear to try to turn the page.

State of play: The call between Putin and Bennett took place a day after Zelensky called Bennett to condemn Lavrov’s comments and update him on the efforts to evacuate civilians from Mariupol.

Flashback: Russia-Israel relations have been relatively good in the nearly four years since a major crisis in September 2018, after Russia blamed a lack of coordination from Israel for the downing of a Russian military plane in Syria.