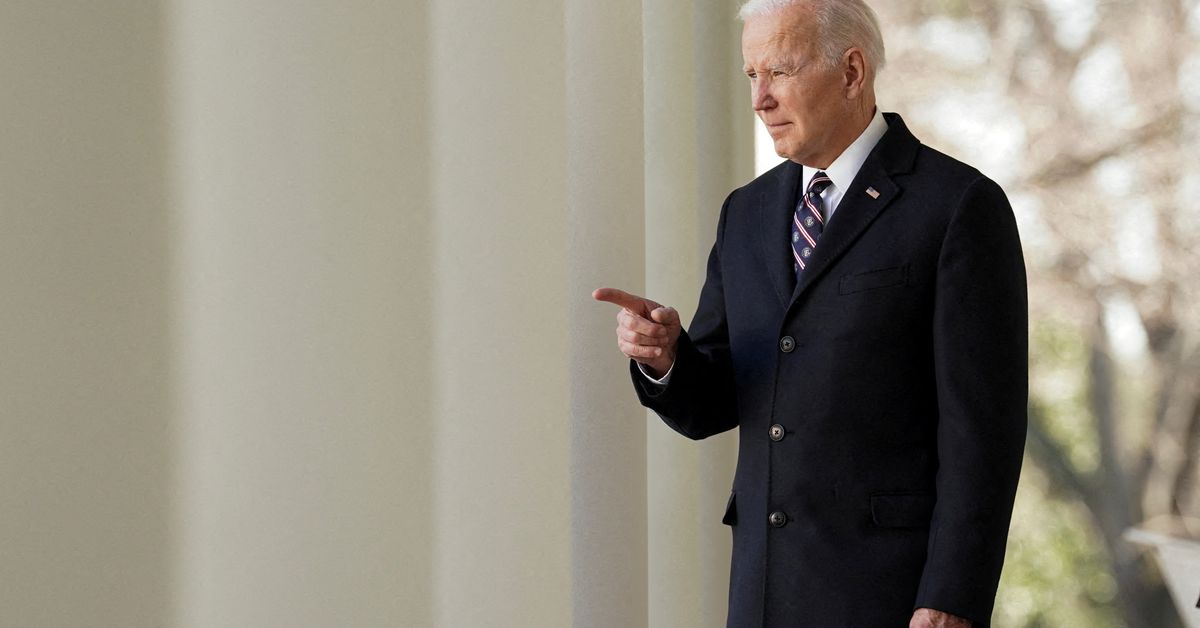 WASHINGTON, May 6 (Reuters) – U.S. President Joe Biden signed a new $150 million weapons package for Ukraine on Friday, providing additional artillery munitions, radar and other equipment in the latest in a series of transfers to help Kyiv repel Russia’s invasion.

“Today, the United States is continuing our strong support for the brave people of Ukraine as they defend their country against Russia’s ongoing aggression,” Biden said in a statement.

The United States has rushed $3.4 billion worth of armaments to Ukraine since Russia invaded on Feb. 24, including howitzers, anti-aircraft Stinger systems, anti-tank Javelin missiles, ammunition and recently-disclosed “Ghost” drones.

The new package will be worth $150 million and include 25,000 155mm artillery rounds, counter-artillery radar, jamming equipment, field equipment and spare parts, a U.S. official said.

Reuters was first to report the latest tranche of weapons.

The new transfers would come from the remaining $250 million in the Presidential Drawdown Authority, which allows the president to authorize the transfer of excess weapons from U.S. stocks without congressional approval in response to an emergency.

Last month Biden proposed a $33 billion assistance package for Ukraine, including more than $20 billion in military aid. Congress must approve the new funding package. House of Representatives and Senate leaders have said they want to move quickly, but have not yet said when they will vote on Biden’s request. read more

The United States has been training some Ukrainian forces, outside Ukraine, on how to use systems like the howitzers.

The new package was announced as Biden prepared to join other Group of Seven leaders in a video call on Sunday in a show of unity with Ukrainian President Volodomyr Zelenskiy a day before Russia marks its Victory Day holiday. read more

Russian President Vladimir Putin casts the war in Ukraine as a battle to protect Russian speakers there from persecution by Nazis and to guard against what he calls the U.S. threat to Russia posed by NATO enlargement.

Ukraine and the West reject the fascism claim as baseless and say Putin is waging an unprovoked war of aggression.

Ukraine and its allies say that after failing to seize the capital, Kyiv, Russian forces have made slow progress in their goal of capturing the country’s east and south but bombardments have affected more and more civilians.

Russia denies the allegations and says it targets only military or strategic sites, not civilians.