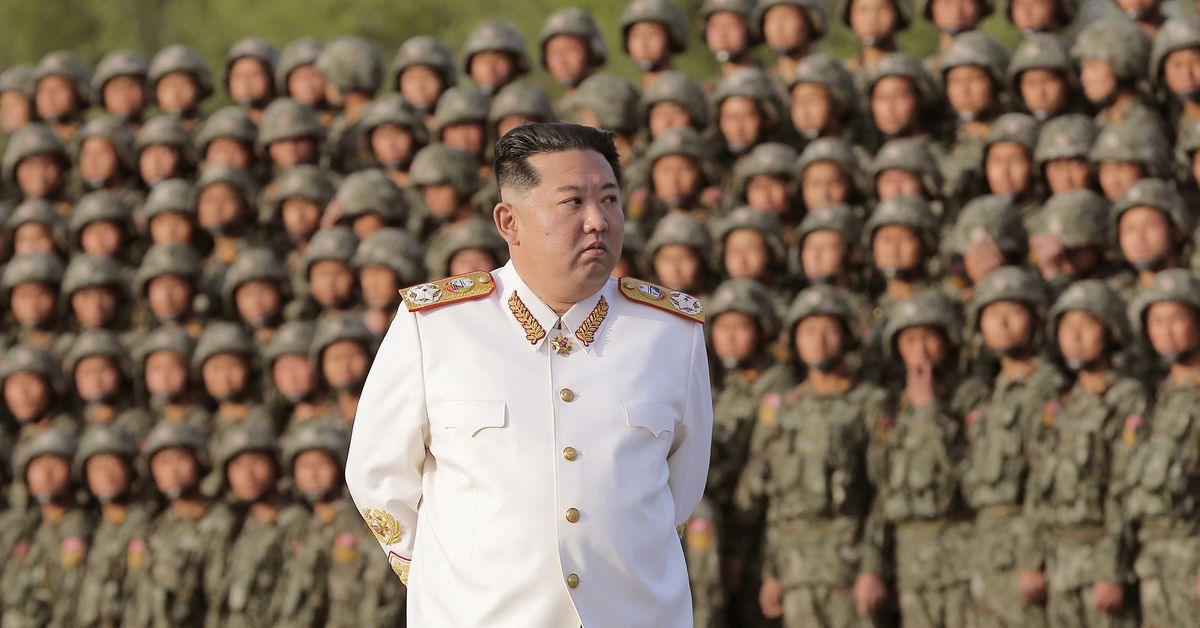 SEOUL/TOKYO, May 7 (Reuters) – North Korea fired a ballistic missile from a submarine on Saturday, South Korea said, an escalation just before the inauguration of a South Korean president who has vowed to take a hard line against the North and the visit of the U.S. president.

South Korean military said North Korea fired what is believed to be a submarine-launched ballistic missile (SLBM) into the sea off its east coast around 0507 GMT on Saturday from near Sinpo, where North Korea keeps submarines as well as equipment for test-firing SLBMs.

“This is absolutely unacceptable,” he told reporters, adding that Japan will continue to “strengthen defence capabilities drastically” to protect its citizens from such security threats, in close cooperation with the United States, South Korea and other allies.

The launch comes three days before Tuesday’s inauguration of Yoon Suk-yeol as South Korea’s president, and ahead of his May 21 summit with U.S. President Joe Biden in Seoul.

Kishi said it is possible for North Korea to complete nuclear test preparations as early as this month, and take further provocative acts.

This was also in line with a U.S. assessment that Pyongyang was preparing its Punggye-ri nuclear test site and could be ready to conduct a test there as early as this month. read more

“This is aiming at the (South’s) new administration beginning next week, and applying preemptive pressure to take control of the situation before the U.S.-South Korea summit,” said Yang Moo-jin, a professor at the University of North Korean Studies in Seoul.

“It also creates tension to strengthen the regime’s internal coherence in the face of circumstances such as prevention of COVID-19 spreading.”

Intelligence chief Park told Yonhap that Tunnel No. 3 at the Punggye-ri site is designed to test smaller nuclear devices, without elaborating.

Analysts and South Korean and U.S. officials have said the North appears to be restoring Tunnel No. 3 at the east coast site, which was used for underground nuclear blasts before it was closed in 2018 amid denuclearisation talks with Washington and Seoul. read more

The Yoon administration will muster its capabilities as soon as possible for fundamental measures against North Korean provocations and practical deterrence against nuclear missile threats, Yoon’s nominee for national security adviser, Kim Sung-han, said in a statement.

On Wednesday, North Korea fired a ballistic missile toward the sea off its east coast, South Korea and Japan said, after Pyongyang vowed to develop its nuclear forces “at the fastest possible speed”. read more

“Instead of accepting invitations to dialogue, the Kim regime appears to be preparing a tactical nuclear warhead test. The timing will depend most on when the underground tunnels and modified device technology are ready,” said Leif-Eric Easley, a professor at Ewha University in Seoul.

“A seventh nuclear test would be the first since September 2017 and raise tensions on the Korean Peninsula, increasing dangers of miscalculation and miscommunication between the Kim regime and the incoming Yoon administration.”

Last month, North Korean leader Kim Jong Un pledged to speed up development of his country’s nuclear arsenal. He presided over a huge military parade that displayed intercontinental ballistic missiles as well as what appeared to be SLBMs being carried on trucks and launch vehicles. read more

In October, North Korea test-fired a new, smaller ballistic missile from a submarine, a move that analysts said could be aimed at more quickly fielding an operational missile submarine. read more

Yoon, in an interview with Voice of America released on Saturday, said that a meeting with Kim Jong Un is not off the table but would need to have concrete results.

“There’s no reason to avoid meeting” Kim, Yoon said. “However, if we are not be able to show any results, or results are just for show and does not have actual outcomes in denuclearisation… it’s not going to help the relationship between the two Koreas progress.”

Reporting by Joyce Lee in Seoul and Kantaro Komiya in Tokyo; Additional reporting by Soo-hyang Choi and Hyonhee Shin; Editing by William Mallard