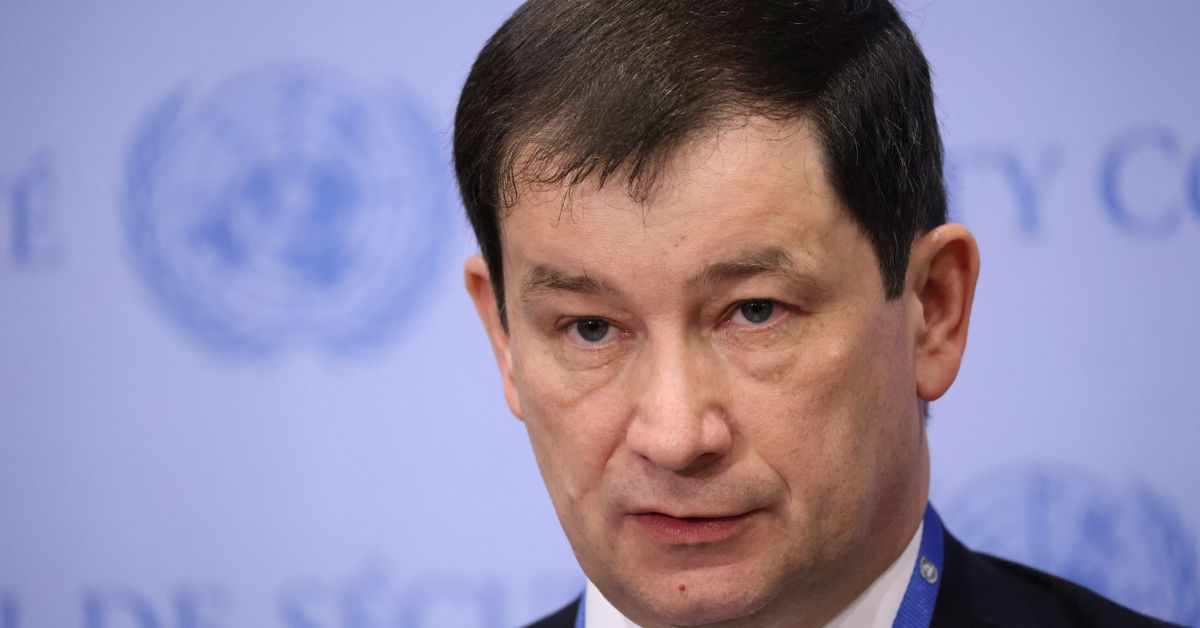 Russia’s Deputy Ambassador to the U.N. Dmitry Polyanskiy addresses a news conference ahead of a meeting of the United Nations Security Council on Russia’s invasion of Ukraine, at the United Nations headquarters in New York City, New York, U.S., April 19, 2022. REUTERS/Andrew Kelly

UNITED NATIONS, May 6 (Reuters) – A Russian envoy to the United Nations accused Reuters on Friday of “censoring” comments made by a survivor of Russia’s bombardment of the giant Mariupol steelworks in Ukraine, saying its news report omitted a remark critical of Ukrainian forces.

Russian forces invaded Ukraine on Feb. 24 and have occupied the strategic port city of Mariupol, leaving the city’s last defenders – and scores of civilians – holed up in a network of bunkers and tunnels running beneath the Azovstal steel plant.

Russia’s deputy U.N. ambassador, Dmitry Polyanskiy, said a Reuters report on May 1 did not include a comment made by an evacuee from the steelworks. In her account to the media in Russian-controlled Ukraine, Natalia Usmanova said Ukrainian troops had kept her and other civilians in the steelworks against their will.

A Reuters spokesperson said the news organisation stood by its reporting. read more

“We are still seeking to verify key aspects of Natalia Usmanova’s account. We are committed to reporting on the conflict on Ukraine in an impartial and independent way, as we do around the world.”

The Ukrainian Defence Ministry and General Staff did not immediately respond to written requests for comment on Usmanova’s remark.

“How will Western viewers learn the truth, especially when Russian TV channels, as we all know, are being banned from Western countries? Who is spreading propaganda here? Make a judgment yourself,” he added.

Russia convened Friday’s meeting to discuss accusations of abuses by Ukraine forces. It was in response to an informal Security Council meeting convened last week by France and Albania on accountability in Ukraine. read more