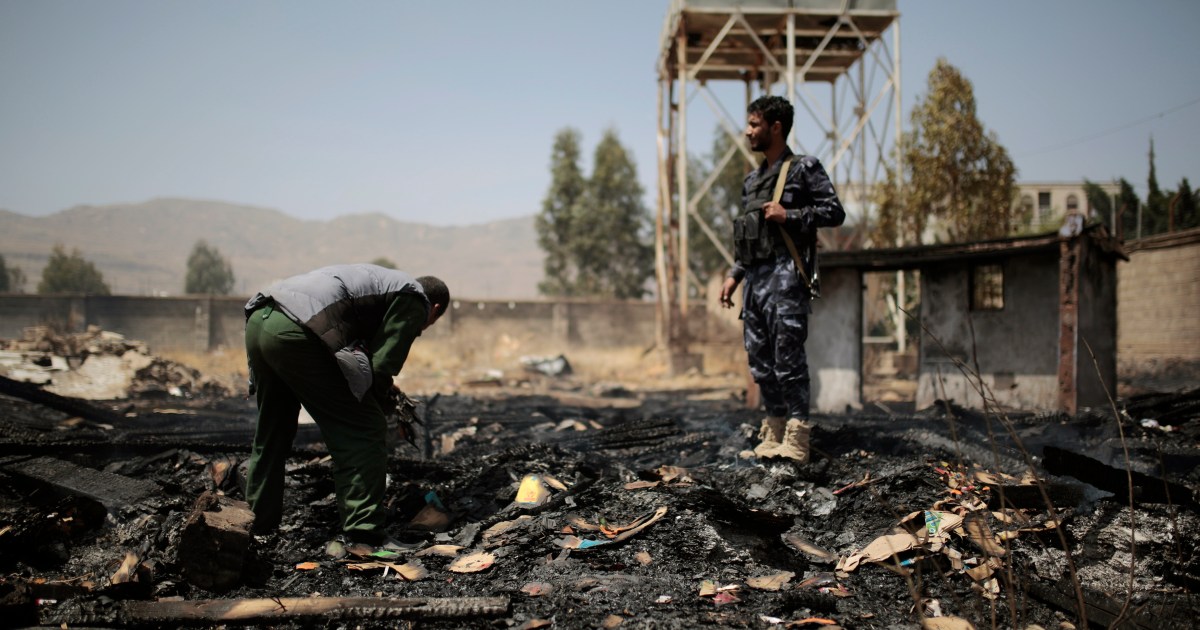 Coalition says 108 detainees were flown on Friday from Saudi Arabia to the southern Yemeni city of Aden.

The Saudi-led coalition engaged in Yemen said has said it transported more than 100 freed prisoners to Yemen in coordination with the International Committee of the Red Cross in a humanitarian initiative to support a United Nations-brokered truce.

The coalition said last month it would release 163 prisoners from Yemen’s Houthi group who fought against Saudi Arabia, but a Houthi official later said the list included individuals who did not belong to the movement.

The coalition said 108 detainees were flown on Friday from Saudi Arabia to the southern city of Aden, where Yemen’s Saudi-backed government is based, and nine to the Houthi-held capital Sanaa. The ICRC in a statement confirmed that 117 had been repatriated.

The Houthis said they were in contact with the ICRC and that 126 detainees have been freed, “not 163 as the Saudi regime announced,” the group said in a statement.

The coalition said 37 prisoners were taken by land across the Saudi-Yemen border. It said nine “foreign fighters” were being handed over to their embassies, Saudi state media reported, without specifying their nationalities.

A Yemeni government official told Reuters that the Houthis refused to take those that were flown to Aden. Earlier this month, the head of the Houthis’ prisoner affairs committee said the list of detainees included people “unknown to us and who are not among our prisoners”.

The Houthi movement said it welcomed the freeing of any Yemenis but called for coordination with its authorities, adding that the group has freed 400 prisoners of war this year.

The coalition intervened in Yemen in March 2015 against the Houthis after the movement removed the internationally recognised government from Sanaa in late 2014.

The warring parties agreed on a two-month truce that began on April 2 in the first breakthrough in years under the UN-led efforts to end the war that has killed tens of thousands and caused a dire humanitarian crisis.

They had also been discussing a potential prisoner swap under the auspices of the UN involving 1,400 Houthi prisoners and 823 coalition prisoners, including 16 Saudis.