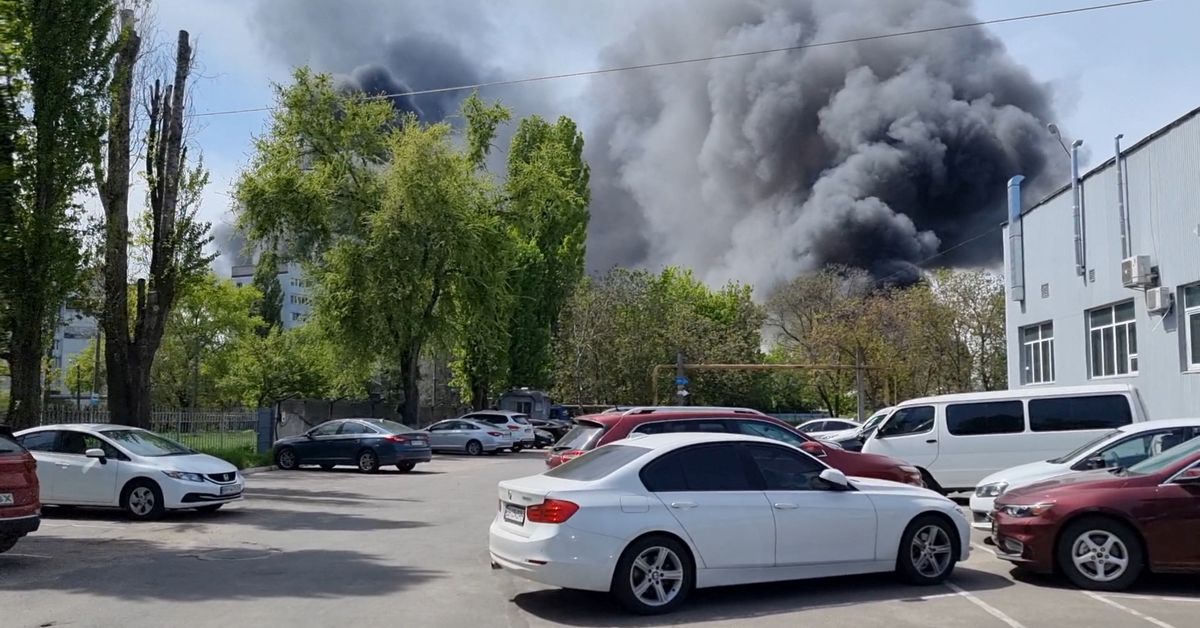 A plume of black smoke billows after explosions, amid Russia’s invasion of Ukraine, in Odesa, Ukraine May 7, 2022 in this screen grab taken from a social media video. Instagram/@pigra_will_tell/via REUTERS

Spokeswoman Natalia Humeniuk said four rockets hit a furniture factory in a residential area, while the other two struck an already damaged runway strip. She added that information on casualties was being clarified.

Reuters was not able to immediately confirm details of the report.