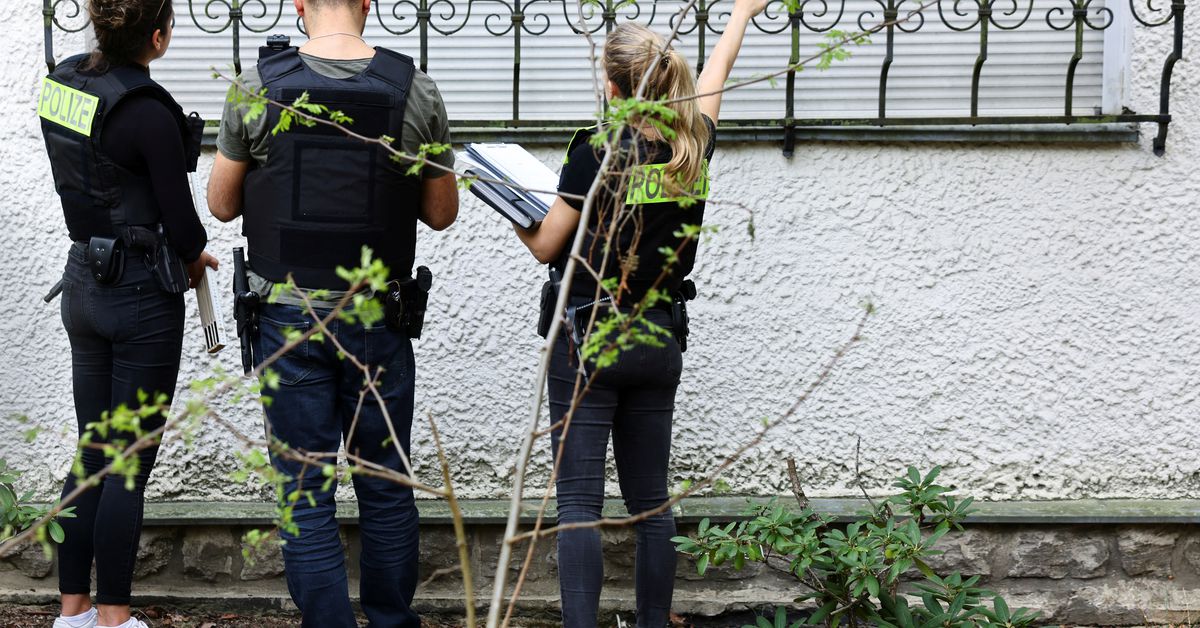 The device was found on Friday and investigators were looking into how dangerous it had been and who it was aimed at, a Berlin police spokesman said in response to an enquiry in the morning.

A statement issued jointly by the police and the city state’s prosecutor in the afternoon said the possible motivation behind placing the device was now subject of investigation by the department of state security at Berlin’s state criminal police office and the prosecutor’s office.

It identified the building as being in Lepsius street in the south-western district of Berlin.

Russia’s embassy in Berlin said a bottle had been thrown through a window of the apartment block on Friday evening, and that an improvised bomb had been found in the subsequent search, which it said German sappers had identified and deactivated.

The Russian state-run RIA news agency said it had journalists living in the block.

Russia’s foreign ministry demanded on Saturday that authorities in Germany and other European Union and NATO states take steps to protect Russian journalists and their families abroad.

“We see this as a direct consequence of the harassment of Russia media and their employees unleashed in the West,” its statement said. “The politicised decision to disconnect Russian media from the airwaves in the European Union was the precursor to their physical intimidation, right up to their elimination.”

Video footage broadcast by RIA on Friday evening showed a cordoned-off street and a person in a protective suit, which the agency said was one of the sappers working to defuse the bomb.

Various Russian broadcasters have been banned in Western countries after being accused of spreading propaganda in connection with Russia’s invasion of Ukraine.

Russia calls its actions in Ukraine a “special operation” to disarm the country and protect it from fascists. Ukraine and the West say the fascist allegation is baseless and that the war is an unprovoked act of aggression.

State-controlled Russian outlets RT and Sputnik were banned throughout the European Union on March 2.

“Systematic information manipulation and disinformation by the Kremlin is applied as an operational tool in its assault on Ukraine,” EU foreign policy chief Josep Borrell said at the time.