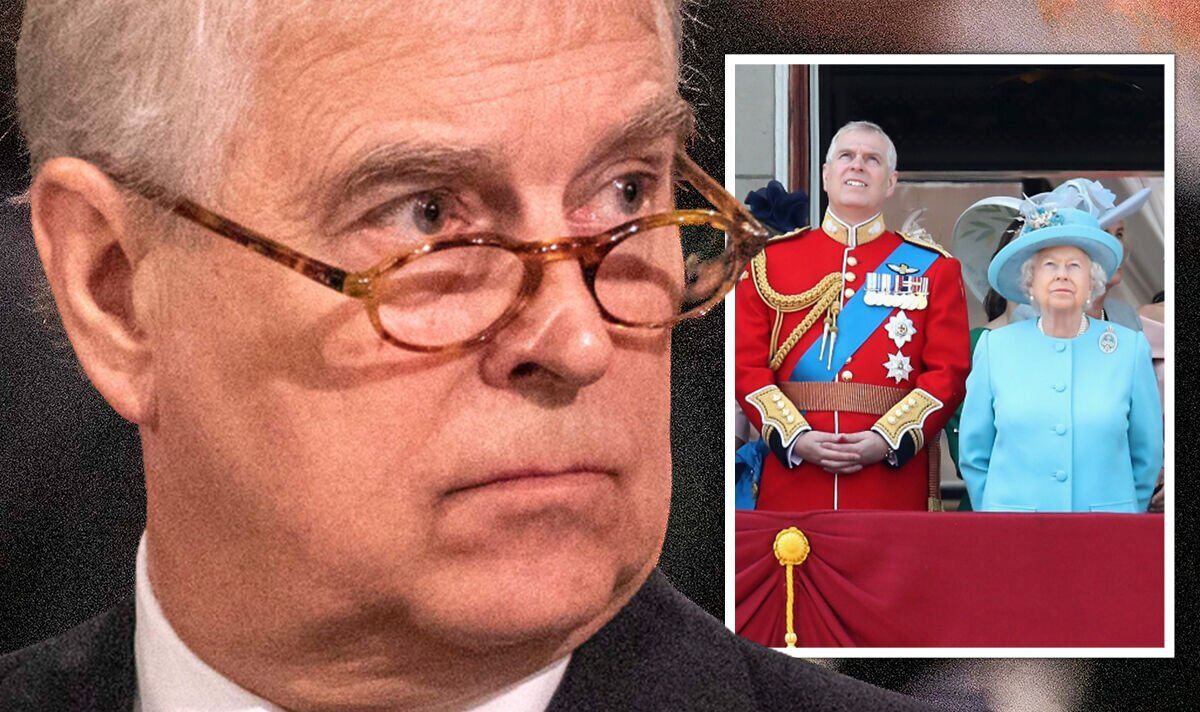 On Friday, Buckingham Palace unveiled plans for Trooping the Colour, a parade that takes place on June 2. The event kicks off the start of the Queen’s Platinum Jubilee celebrations held on an extended four-day bank holiday weekend.

Buckingham Palace announced Her Majesty will be joined only by working royals on the balcony of her residence in London for the parade.

The decision has been taken by Her Majesty herself after “careful consideration”, a statement said.

A palace spokesperson said: “After careful consideration, the Queen has decided this year’s traditional Trooping the Colour balcony appearance on Thursday, June 2 will be limited to Her Majesty and those members of the royal family who are currently undertaking official public duties on behalf of the Queen.”

Meghan Markle and Prince Harry quit their roles as senior royals in 2020, so they are not included among the balcony guests.

Also among those who will not make an appearance are Prince Andrew, who stepped back from public duties in November 2019, and his daughters Princess Eugenie and Princess Beatrice.

Royal blogger Gert’s Royal tweeted about the news claiming the monarch’s decision may have been made to prevent Andrew from making an appearance, rather than directly snubbing the Sussexes.

She points to the Duke of York’s appearance at the memorial service held for his father, Prince Philip, last month where he was pictured accompanying the monarch inside Westminster Abbey.

She claims the instance caused a “media frenzy” adding, “that is not one the PR team wants to repeat”.

“It is an event that will likely never happen again in Great Britain, at least not for several lifetimes.

“It also means a lot to England in terms of economy with tourism dollars. “The PR team can’t take any chances of one of the Royals becoming a distraction.

“That is the reason for the ‘working royal’ rule. It resolves both diverted attention regarding Andrew but also Meghan and Harry.

“Yet, it still accounts for the family so it appears to be a good compromise the public will accept.”

While they may not be making an appearance on the balcony, non-working members of the Royal Family are likely to still attend other events that mark the Queen’s milestone reign.

Among them is a service of Thanksgiving held at St Paul’s Cathedral on June 3 and a Platinum Party at the Palace, a BBC televised concert, taking place on June 4.

While they will not be featuring on the Buckingham Palace balcony, the Duke and Duchess of Sussex will be visiting the UK to attend some of the festivities.

The couple will be joined by their children Archie, three, and Lilibet, who turns one next month.

The instance will mark the first time Lilibet has visited the UK and the first trip she and brother Archie have accompanied Meghan and Harry on outside of California.

The visit will give Lili the opportunity to meet her great-grandmother and namesake in person for the first time.