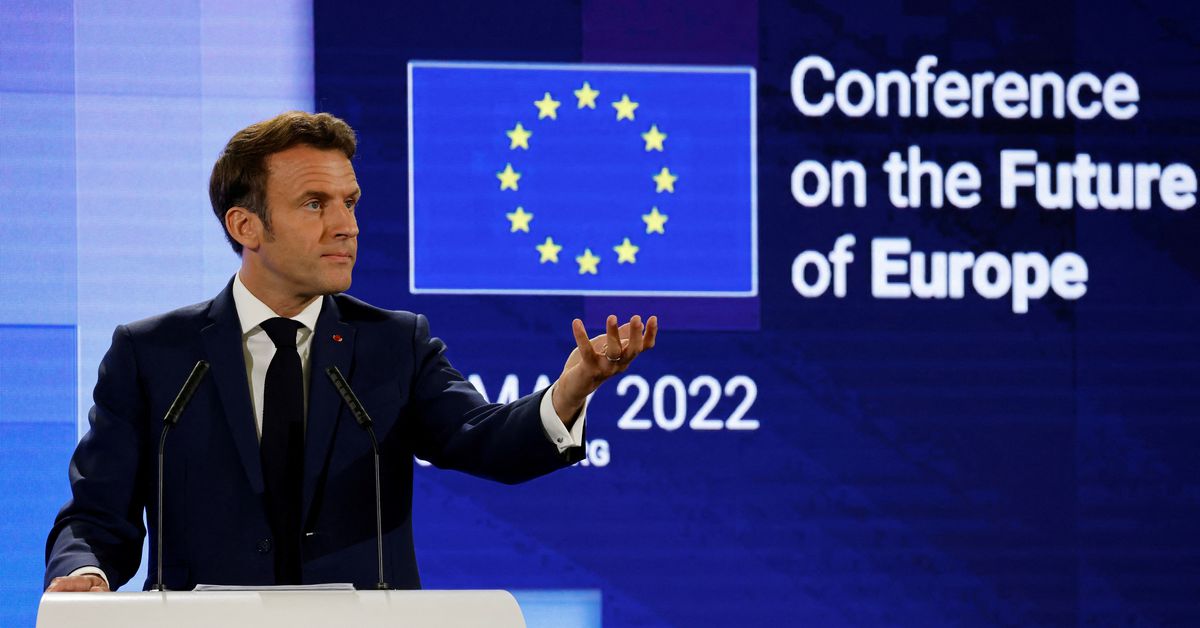 France’s President Emmanuel Macron delivers a speech during the Conference on the Future of Europe and the release of its report with proposals for reform, in Strasbourg, France, May 9, 2022. Ludovic Marin/Pool via REUTERS

PARIS, May 9 (Reuters) – French President Emmanuel Macron said on Monday that he was in favour of a new type of “political European community” that would allow countries outside the European Union, including Ukraine and Britain, to join the “European core values.”

Speaking to the European Parliament in Strasbourg, Macron called his re-election last month a signal that the French had wanted more Europe.

But he made clear that Ukraine’s desire to join the bloc would take several years and as a result needed to be given some hope in the short-term.

“Ukraine by its fight and its courage is already a heartfelt member of our Europe, of our family, of our union,” Macron said.

“Even if we grant it candidate status tomorrow, we all know perfectly well that the process to allow it to join would take several years indeed, probably several decades.”

Rather than bringing down stringent standards to allow countries to join more quickly, Macron suggested creating a parallel entity that could appeal to countries who aspired to join the bloc or, in an apparent reference to Britain, countries which had left the union.

He said this “European political community” would be open to democratic European nations adhering to its core values in areas such as political cooperation, security, cooperation in energy, transport, investment of infrastructure or circulation of people.

“Joining it would not necessarily prejudge future EU membership,” he said. “Nor would it be closed to those who left it.”