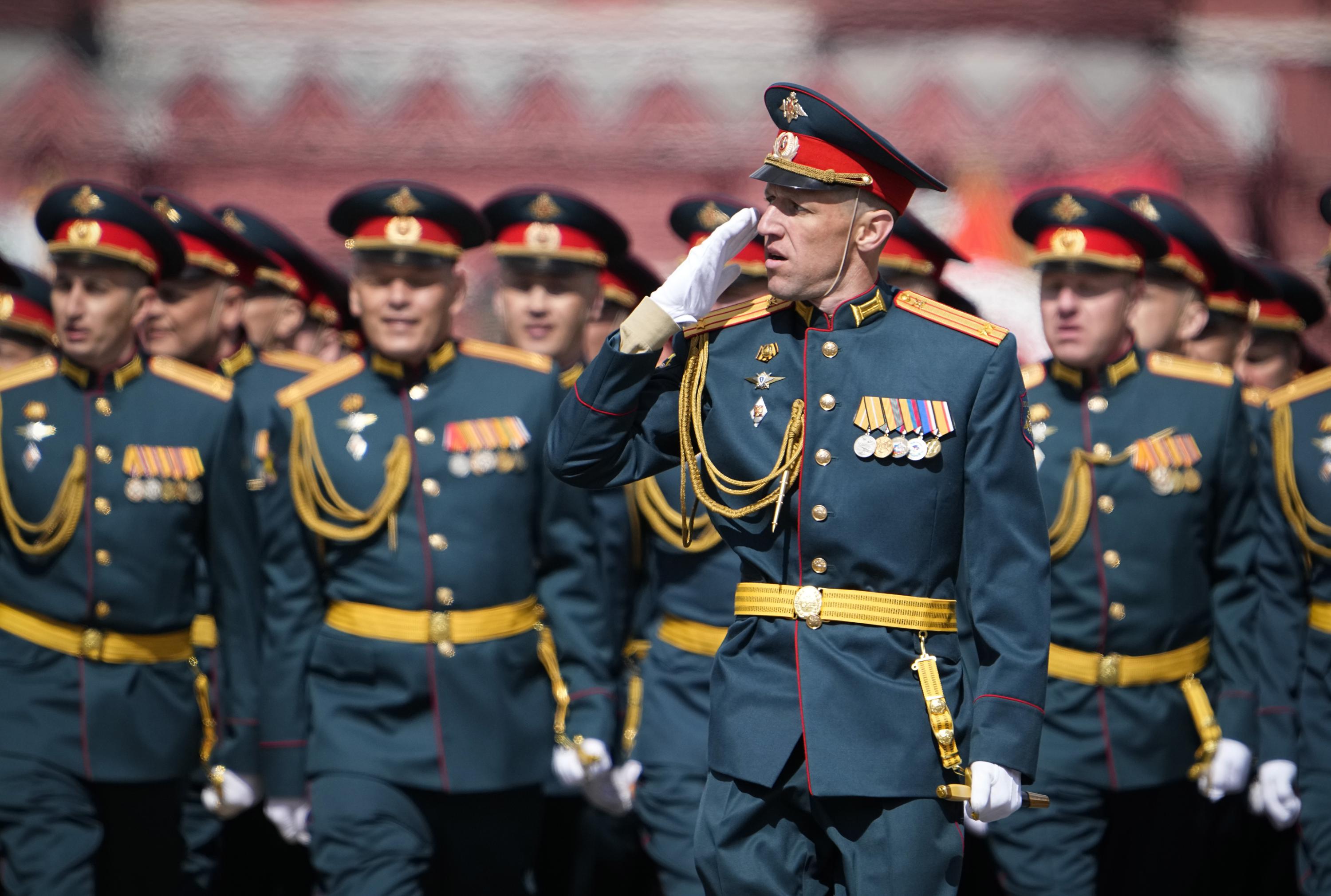 MOSCOW (AP) — Russian President Vladimir Putin on Monday sought to cast Moscow’s military action in Ukraine as a forced response to Western policies and a necessary move to ward off a potential aggression.

Speaking at a military parade on Red Square marking the World War II victory over the Nazis, Putin drew parallels between the Red Army’s fighting against the Nazi troops and the Russian forces’ action in Ukraine.

While lambasting the West, Putin gave no indication of a shift in strategies or made any indication that he was going to declare a broad mobilization, as some in Ukraine and the West have feared.

Addressing the phalanxes of elite Russian troops filling Red Square, Putin said the campaign in Ukraine was a necessary move to avert what he described as “a threat that was absolutely unacceptable to us (that) has been methodically created next to our borders.”

“The danger was rising by the day,” he claimed, adding that “Russia has given a preemptive response to an aggression” in what he described as a “forced, timely and the only correct decision by a sovereign, powerful and independent country.”

The Russian leader has repeatedly accused Ukraine of harboring aggressive intentions, with support from the U.S. and its allies — claims Ukrainian and Western officials have denied.

In his speech at the parade, Putin again scolded the West for failing to heed Russian demands for security guarantees and a rollback to NATO’s expansion, arguing that it left Moscow no other choice but to launch an action in Ukraine.

The Russian leader emphasized that the Russian troops were fighting for the country’s security in Ukraine and called a minute of silence to honor the soldiers who fell in combat. Putin noted that some of the troops taking part in the parade previously have fought in Ukraine.

He said that the troops in Ukraine have been “fighting for the Motherland, so that no one will forget the lessons of World War II and there will be no place in the world for hangmen, executioners and the Nazis.”

The Victory Day that Russia marks on May 9 is the country’s most important holiday, celebrated with military parades and fireworks across the county.

The Soviet Union lost a staggering 27 million people in World War II, which it calls the Great Patriotic War. The conflict, which devastated the country and caused enormous suffering, has left a deep scar in the national psyche.

Some in Ukraine and the West expected Putin to use his speech at the parade to switch from describing the Russian action in Ukraine that the Russian officials have called the “special military operation” to calling it a war.

Putin didn’t make any such shift in rhetoric or give any indication that the Kremlin may change its strategy and declare a broad mobilization to beef up the ranks.

The Kremlin has focused on Ukraine’s eastern industrial heartland known as the Donbas, where Moscow-backed rebels have been fighting Ukrainian government forces since 2014. That conflict erupted weeks after Russia’s annexation of Ukraine’s Crimean Peninsula.

The Russian military has rearmed and resupplied its forces withdrawn from areas near Kyiv and other regions in Ukraine’s northeast and moved them to Donbas in an apparent attempt to encircle and destroy the most capable and seasoned Ukrainian troops concentrated there.