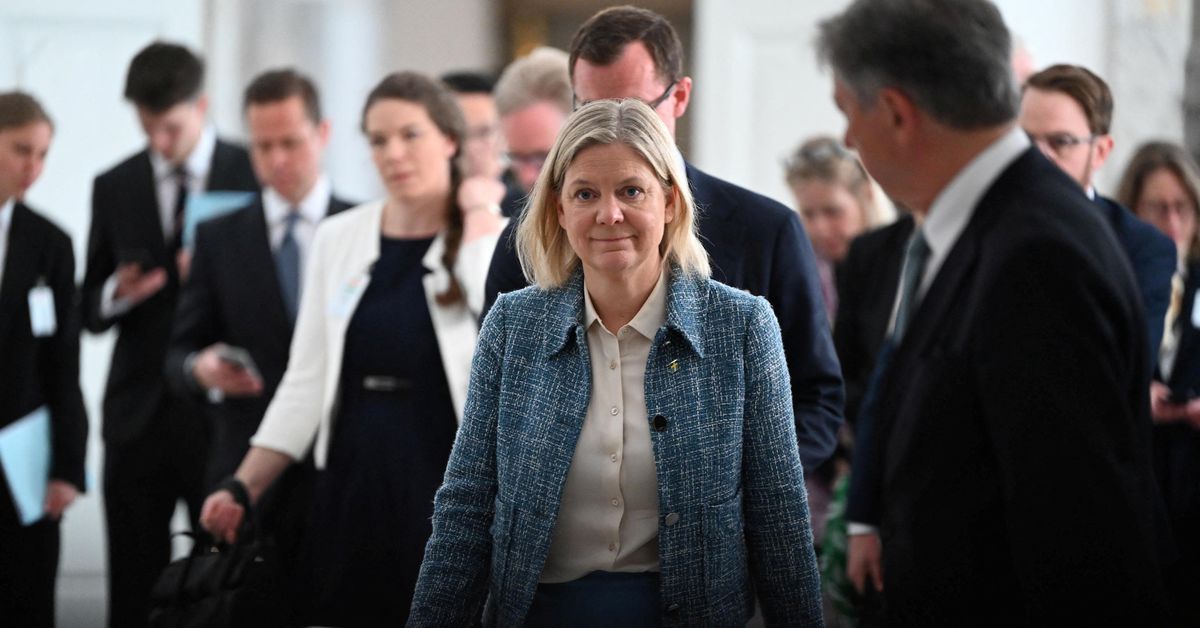 STOCKHOLM, May 9 (Reuters) – Sweden’s ruling Social Democrats will decide on May 15 whether to overturn decades of opposition to NATO membership, the party said on Monday, a move that would almost certainly lead to Sweden asking to join the 30-nation alliance.

Russia’s invasion of Ukraine has sparked an urgent rethink of security policy in both Sweden and Finland. The Finnish president, Sauli Niinisto, is this week expected to announce his support for an application. read more

Niinisto’s announcement, on May 12, would trigger what is likely to be a hectic couple of weeks during which the map of northern Europe’s security architecture could be redrawn.

“What the decision is going to be is not decided yet today,” Social Democrat party secretary Tobias Baudin told Swedish public service radio SR. “Our message is that on May 15 there will be a decision for the party leadership to take a position on.”

The Social Democrats – the biggest party in Sweden for the last 100 years – are holding three digital party meetings this week to canvas members’ opinion on NATO membership ahead of the final decision by the leadership at the weekend.

Meanwhile, parliament is holding a parallel, all-party review of security policy which is due to report on May 13. read more

“I want to have that on the table before I make a decision,” Prime Minister Magdalena Andersson said in a debate on NATO on Swedish TV on Sunday.

A formal application to join NATO could be made at the alliance’s June summit in Madrid and is likely to be fast-tracked, though getting the signatures of all 30 alliance members could take up to a year. read more

Military non-alignment has long been a policy bedrock for many Swedes and while support for NATO membership has been growing sharply – most polls in recent months have shown a clear majority in favour – many still remain uncertain. read more

A decision to seek NATO membership would be sure to anger Moscow, which has threatened to station nuclear weapons in Kaliningrad, across the sea from Sweden. read more

The Left and Green parties have rejected calls for membership, while the rest of the opposition wants to go ahead.

“Ask Ukraine if they would have preferred to be in NATO,” Ulf Kristersson, the leader of the Moderates, the biggest opposition party, said during the NATO debate.

“We have to seek common protection together with other democracies and stand up for our common values.”

Sorgente articolo:
Sweden’s ruling Social Democrats to decide on NATO on May 15 – Reuters