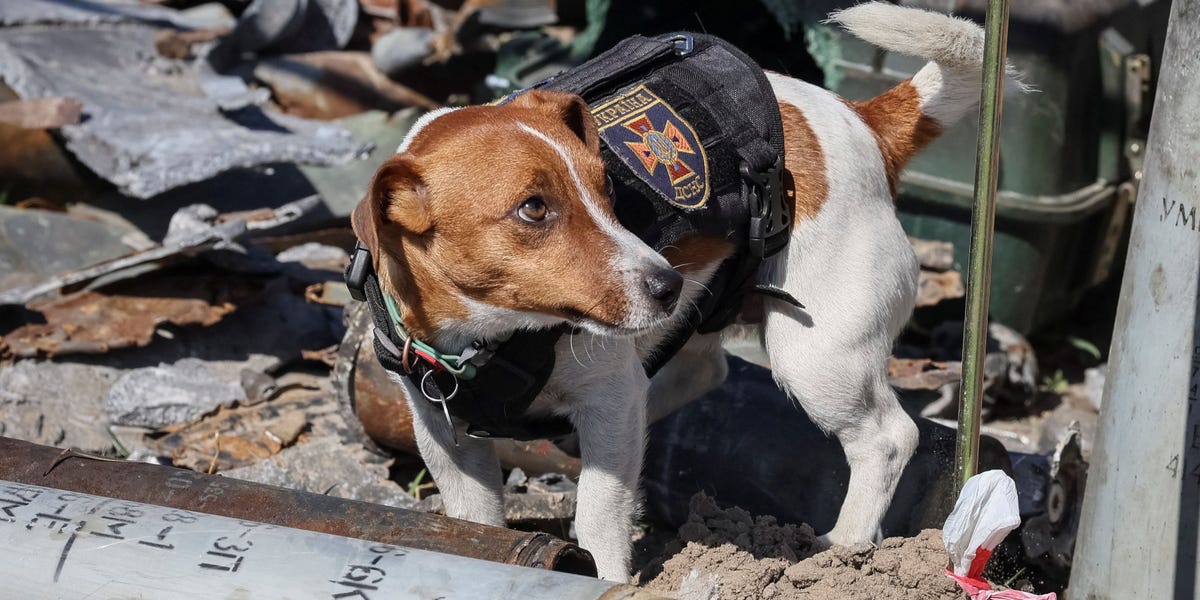 Ukraine’s expert mine sniffing dog Patron is now one of the country’s latest decorated heroes, with the pup receiving a medal from President Volodymyr Zelenskyy on Sunday at a news conference in Kyiv.

According to the Ukrainian government, the two-year-old Jack Russell terrier has helped detect more than 250 Russian explosives in Chernihiv since the start of the war in Ukraine.

Patron, whose name means “cartridge” in Ukrainian, barked and wagged his tail as the medal was presented to him.

He also met Canadian Prime Minister Justin Trudeau, who made a surprise visit to Ukraine on Sunday and was present at the conference. Trudeau appeared to search his pockets for a treat to give Patron.

“[Patron] was extremely happy to meet a true friend of Ukraine, even though Mr. Trudeau did not find a piece of Patron’s favorite cheese,” read a Telegram post by the State Emergency Services of Ukraine.

According to the SES, Zelenskyy had also awarded medals to Ukrainian mine-defusing pyrotechnicians. Among them was Patron’s owner, Major Myhailo Iliev of the Civil Protection Service, Reuters reported.

“Today, I want to award those Ukrainian heroes who are already clearing our land of mines. And together with our heroes, a wonderful little sapper — Patron — who helps not only to neutralize explosives but also to teach our children the necessary safety rules in areas where there is a mine threat,” Zelenskyy said after the ceremony, the outlet reported.

Patron has become a worldwide social media sensation with over 210,000 Instagram followers, adored for moments like when he appeared to fall asleep at a news conference.