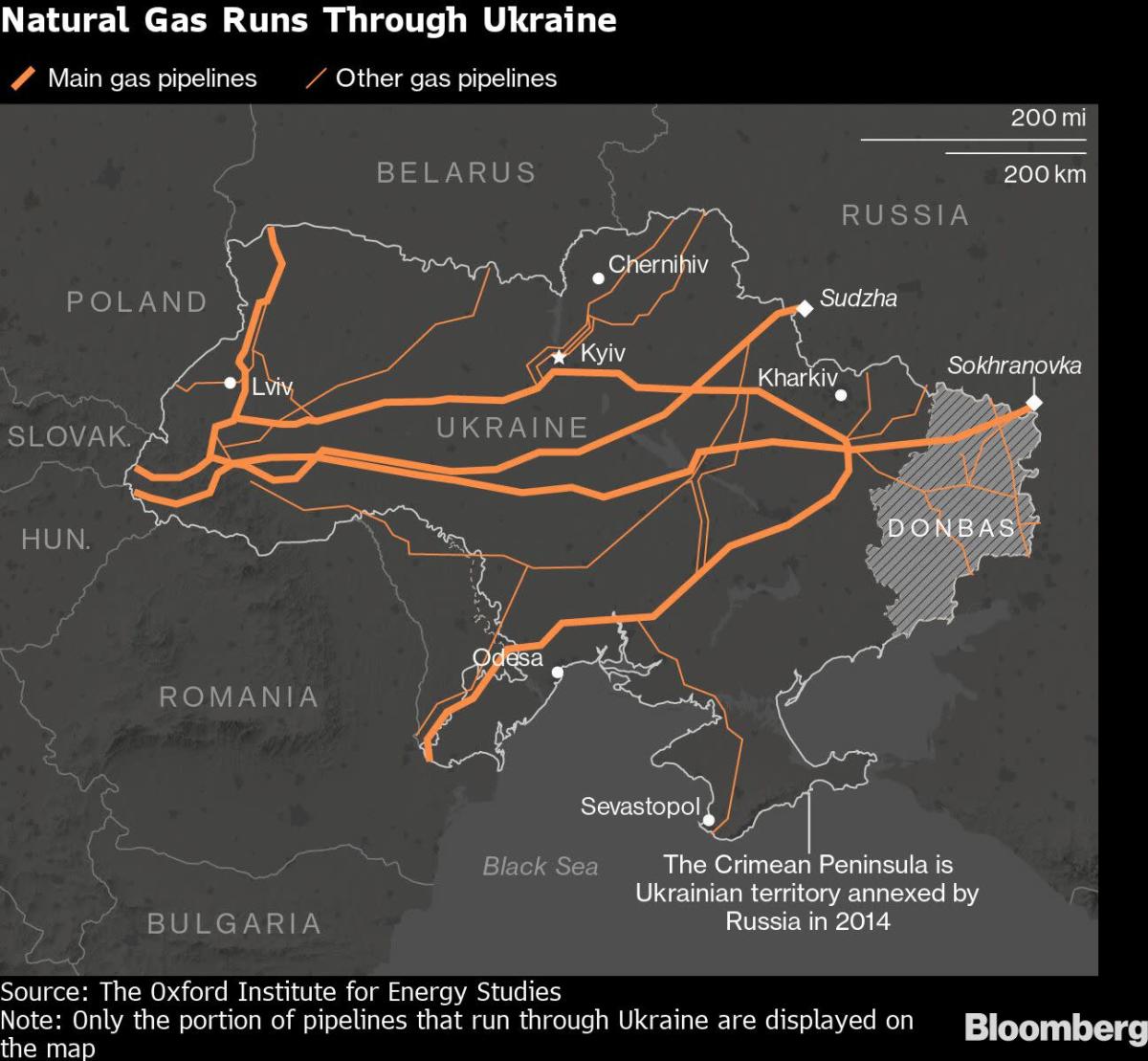 Ukraine and Russia clashed over natural gas transit flows to Europe in a spat that could disrupt supplies via the former Soviet Union nation for the first time since the war started.

The Gas Transmission System Operator of Ukraine said Russian flows via one of two key entry points will stop from Wednesday as occupying forces disrupt operations, according to a statement on its website. The network manager said the fuel could still be rerouted, but Gazprom PJSC added the switch isn’t technically possible because of how the Russian system works.

Russian has been flowing gas via Ukraine normally despite the conflict, but Kyiv had already warned Russia that the actions of its troops and occupiers in the Luhansk region could end up disrupting about a third of the gas it transits to Europe. Russian forces have endangered the safety of Ukraine’s transportation system, leading the grid to declare force majuere on transit via the Sokhranivka border point.

A Gazprom spokesman confirmed it got notice from Ukraine, but it didn’t receive any confirmation of force majeure.

“Gazprom has been duly notified that Ukraine is no longer responsible for gas transit through territories occupied by Russia,” Yuriy Vitrenko, chief executive officer of state-run energy company Naftogaz Ukrainy, said on its Twitter account. “Gazprom can move this volume to another interconnection point with Ukraine.”

Ukraine’s gas grid said it can no longer accept Russian gas transit via Sokhranivka from 7 a.m. local time. It added that flows could be rerouted via Sudzha, a suggestion Gazprom rejected. If the two countries can’t come to an agreement, gas shipments to Europe could start falling from Wednesday.

Sokhranivka and Sudzha are two key points on the border between Russia and Ukraine that receive flows from Gazprom for transit to Europe. As of Tuesday, 27% of the flows went through Sokhranivka, with the rest passing through Sudzha.

European gas prices surged as much as 8.1%, reversing earlier losses. Prices then pared gains to close 5% higher at 98.8 euros a megawatt-hour.

Gazprom said it sees no issue continuing to flow gas via Ukraine as usual, and that it’s meeting all obligations to European clients.

European gas traders remain on edge even though prices have eased recently thanks to steady stream of liquefied natural gas cargoes arriving in the region and warm weather. Russia supplied about 40% of the European Union’s gas demand last year, and about a third of that was transited via Ukraine, making it a linchpin in the continent’s energy security.