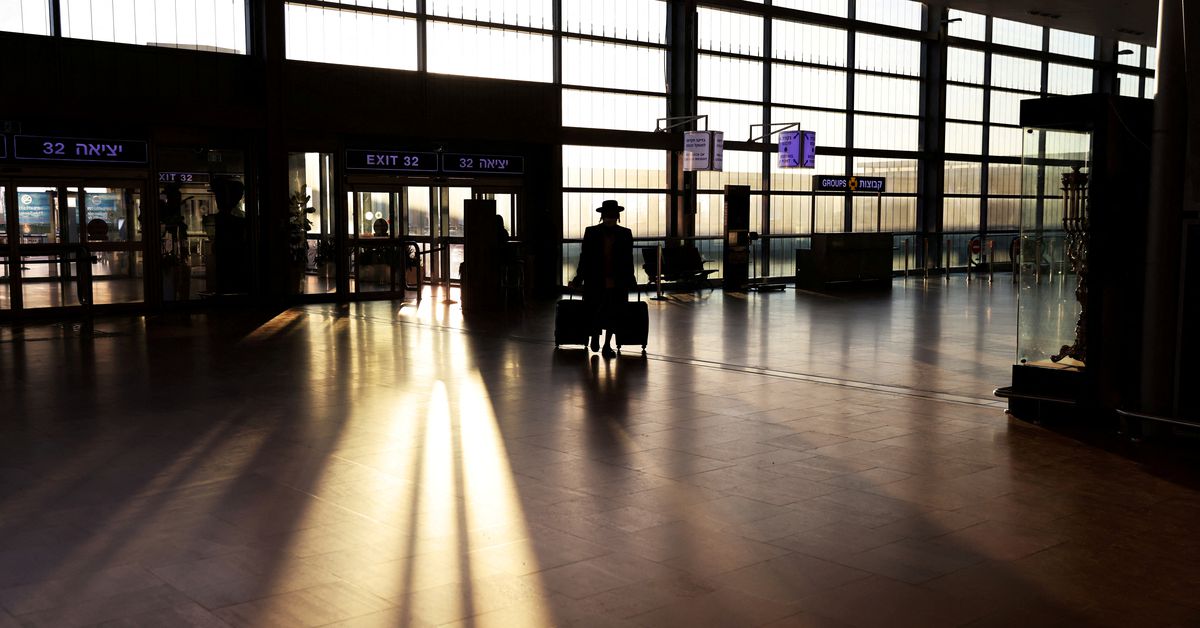 A passenger arrives at a terminal at Ben Gurion international airport before Israel bans international flights, taking effect from Monday midnight until the end of January, in order to stop the spread of the coronavirus disease (COVID-19) and new coronavirus strains, in Lod near Tel Aviv, Israel January 25, 2021. REUTERS/Ronen Zvulun//File Photo

TEL AVIV, May 10 (Reuters) – A taxiing plane returned to the gate at Tel Aviv’s Ben Gurion Airport on Tuesday after photos of aviation disasters popped up on passengers’ phones – sent, Israeli authorities believe, by nine people on board using the iPhone “AirDrop” function.

The incident, on the AndoluJet flight that had been due to take off for Istanbul, was not a cyberattack over the Internet, said Ofer Lefler, spokesman for the Israel Airports Authority.

The nine suspects, described by police as Israeli citizens and among the passengers, were removed and could be prosecuted for disseminating false information, the authority said. The offence carries a maximum three-year prison term in Israel.

“I am sure the police and the security authorities will find out why they (the suspects) did it,” Lefler told Channel 12 TV.

Passengers alarmed by the images informed the flight crew, and the pilot made the right call in heading back to the gate, Lefler said.

“One woman fainted, another had a panic attack,” a passenger, identified only as Diana, told Channel 12.

The plane took off hours late after a security check of the plane, luggage and those onboard, Lefler said.

“AirDrop”, which Lefler said was the method used for the file transfer, allows an iPhone user to send out images to other devices in the vicinity, if they are set to accept such input.