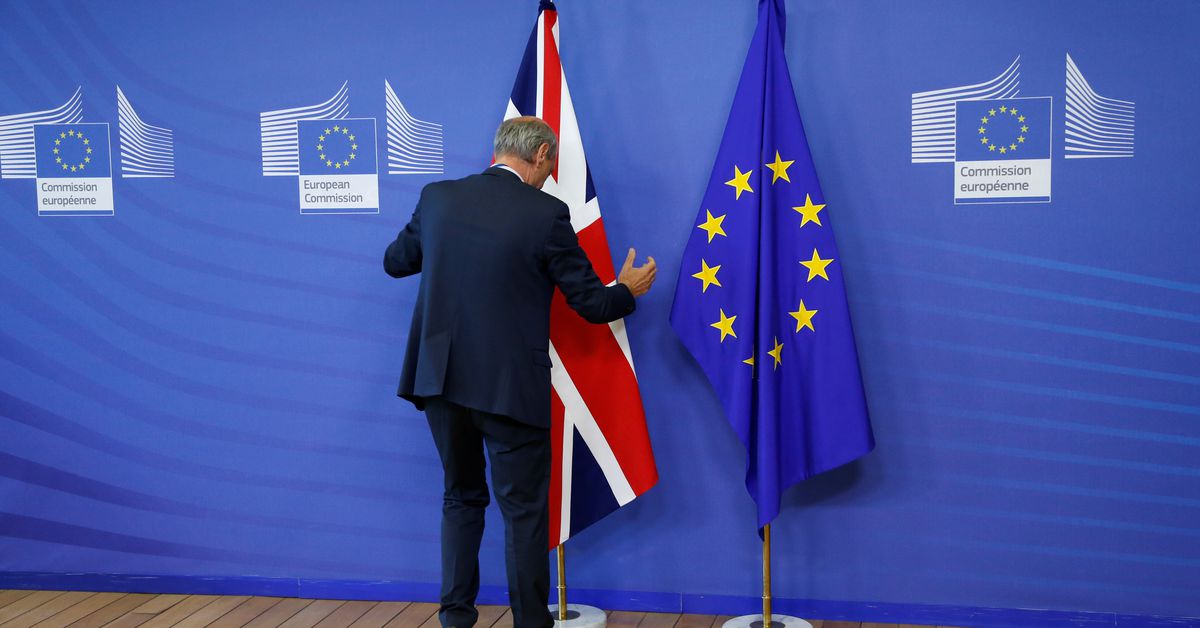 LONDON, May 11 (Reuters) – Britain on Wednesday rejected European Union proposals to resolve a standoff over post-Brexit trade rules for Northern Ireland, saying it would not shy away from taking direct action in a move Ireland said would trigger legal action by Brussels.

Striking a deal that preserved peace in Northern Ireland and protected the EU’s single market without imposing a hard land border between the British province and EU member state Ireland, or a border within the United Kingdom, was always the biggest challenge for London as it embarked on its exit from the bloc.

Prime Minister Boris Johnson’s government agreed to a protocol which instead created a customs border in the sea between Northern Ireland and the rest of the UK, but it now says the required bureaucracy is intolerable.

The Conservative government has been threatening to rip up the protocol for months, raising the risk of a trade war with Europe at a time of soaring inflation and prompting concern across Europe and in Washington.

Brussels offered to ease customs checks in October but British Foreign Secretary Liz Truss said this failed to address the core problem, “and in some cases would take us backward”.

“Prices have risen, trade is being badly disrupted, and the people of Northern Ireland are subject to different laws and taxes than those over the Irish Sea, which has left them without a (governing) executive and poses a threat to peace and stability,” she said in a statement.

Truss said the government wanted a negotiated solution, but added we “will not shy away from taking action to stabilise the situation in Northern Ireland if solutions cannot be found”.

On Wednesday, Irish foreign minister Simon Coveney said the EU would launch legal action and possibly impose countermeasures if London took unilateral action. He added that the news had “gone down really badly” across the EU.

“I hope decision makers in Westminster will reflect on that,” he said. “Unilateral action will make all of this worse.” read more

Johnson again said the most important agreement was a deal in 1998 which largely ended decades of sectarian violence between Irish nationalists and unionists – one which is being undermined, London says, by the protocol.

“That means that things have got to command cross-community support. Plainly, as the Northern Ireland protocol fails to do that, we need to sort it out,” he said during a visit to Sweden on Wednesday. read more

The Times newspaper reported that Johnson’s government could legislate to ditch checks on goods and tell businesses in Northern Ireland to disregard EU rules.

The move to announce domestic legislation which would effectively disapply the protocol could come on Tuesday, a Conservative source said.

Johnson’s spokesman declined to comment on what action Britain could take to try to break the deadlock, but repeated that no decision had been taken as yet. read more

“The EU have confirmed they’ll never change their mandate…, and so we reserve the right to take further action if solutions can’t be found urgently,” he told reporters.

But not everyone in British governing circles will back a legislative approach, which could also take months to be passed by the lower and upper houses of parliament.

Were the House of Lords to object to the legislation, the government could try to resort to the Parliament Acts, a rarely used device that solves disagreement between the lower and upper houses, to force it through.

Ireland, Germany and the EU leadership have urged Britain not to take matters into its own hands.

But the outcome of regional elections in Northern Ireland last week added impetus and Britain says nothing must threaten the 1998 Good Friday peace deal.

The Irish nationalist Sinn Fein, which accepts the protocol given the party’s goal of Irish unification, emerged as the largest party, while the Democratic Unionist Party (DUP), which fears losing ties with the rest of the UK, fell to second.

The DUP has now refused to form a new power-sharing administration unless the trading rules are overhauled.