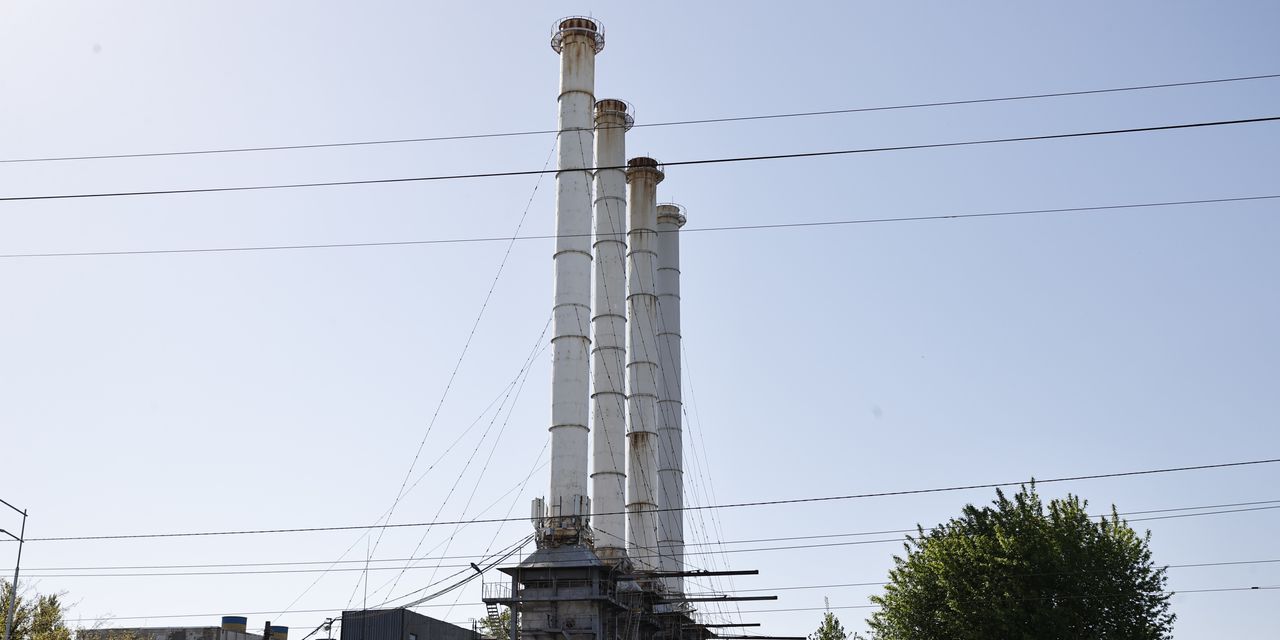 Within hours, though, enough gas was moving through an alternative route that prices fell back down again, ending essentially flat on the day.

The continued flow suggested some gas had been rerouted to travel through a separate pipeline, analysts and traders said. It was unclear what actions the Russian and Ukrainian sides took in the episode, but the quick rerouting demonstrated the country’s energy-grid flexibility despite the violence of the battlefield.

The reworked flows partly offset any lost exports to Europe. They also enabled Russia to continue piping its gas to its biggest customer, and collecting much-need payments for that gas. Ukraine benefited, too: Kyiv continues to pocket millions of dollars a month in transit fees that Moscow has paid it through the course of the war.

European gas prices leapt early in the day when Ukraine’s gas-transport company said it was shutting down a portion of the gas that travels across its territory from Russia to Europe. The company that runs Ukraine’s pipeline network halted the flow of gas through a major entry point in the east of the country Wednesday, blaming interference by Russian troops with critical gas infrastructure.

The border crossing accounts for a third of Russian gas exports through Ukraine to Europe and feeds 3% of the European Union’s overall gas consumption. An increase in flows of Russian gas through a separate section of pipeline in Ukraine-controlled territory near the city of Sumy partially offset the stoppage, limiting the rise in prices.

Europe has been shoring up its energy supplies ahead of a planned EU-wide embargo on Russian oil, being hashed out this week. Some member states, especially Germany, have also scrambled to find alternative supplies of gas amid the threat of a potential severing of exports by Moscow. Despite these moves, Europe is still heavily reliant on Russian gas, a slug of which flows through Ukraine. That gas had kept moving since the Feb. 24 invasion despite the raging conflict.

Wednesday’s cutoff at the Sokhranivka entry point, on the border between the Luhansk region of Donbas and Russia, marked the biggest interruption of gas supplies to date. It came as Russia continued to pursue its campaign to seize the Donbas area of eastern Ukraine.

Ukraine’s pipeline operator said Tuesday it was stopping the flow of gas through Sokhranivka because it had lost control of Novopskov, a gas-compressor station close to the Russian border. Russian forces had interfered in the pipeline network, including by siphoning off gas, in a way that endangered the stability of the broader system, the Gas Transmission Operator of Ukraine said.

Kremlin spokesman Dmitry Peskov, in a press briefing Wednesday, said Russia “has always reliably fulfilled and intends to fulfill contractual obligations.” A spokeswoman for Gazprom didn’t respond to a request for comment. In a statement Tuesday, a spokesman for Gazprom said Ukrainian gas specialists had continued to work at Sokhranivka and Novopskov and that it was impossible to pipe the gas through another entry point.

But gas flows appeared to switch around Wednesday, analysts and traders said. Shortly after the cutoff, gas moved in greater quantities through a separate entry point in Ukraine-controlled territory near the city of Sumy.

Ukraine has several hubs for receiving Russian gas, but only two entry points are included in the country’s current contract with Gazprom, a deal agreed to in 2019, according to the heads of Ukraine’s state gas company, Naftogaz, and its pipeline-network operator.

The two executives, in a press conference Wednesday, told reporters that Ukraine has asked Gazprom to increase flows through the alternative line to compensate for the stoppage in Luhansk. They said Russia in past years has piped much more gas through the alternate route than it currently is sending through.

Despite the war, Gazprom has kept up its contractual payments, called transit fees, to Ukraine for the right to send gas across the country, said Yuriy Vitrenko, chief executive of Naftogaz. In 2020, annual gas-transit capacity provided by Ukraine to Gazprom was worth $2.1 billion, according to Naftogaz. Analysts estimated the 2019 five-year contract between Gazprom and Naftogaz, covering 2020 to 2024, was worth about $7.2 billion.

Ukraine’s contract with Russia doesn’t prohibit rerouting of supplies into Ukraine, the executives said. If Gazprom purposely limits supply into Ukraine, they’ll be delivering less gas to customers in Europe, Mr. Vitrenko said: “It would be probably the first case of so-called self-sanctioning by Gazprom and by Russian entities.”

If the Ukraine route were cut off entirely, it would pose a huge challenge to a European economy that has grown accustomed to running on cheap Russian energy.

Moscow has sought over the past two decades to bypass Ukraine, building, with the help of Berlin, the Nord Stream pipeline under the Baltic Sea to Germany. That subsea pipe is now the main route for Russian gas into the EU. Another option is Yamal, a pipeline that threads through Belarus and Poland. Nonetheless, almost a third of Russian gas-pipeline exports to the EU still ran through Ukraine in the final quarter of 2021. The EU buys about 40% of the gas it burns to heat homes, fire factories and generate electricity from Russia.

The stoppage in Luhansk adds to nervousness among energy traders who were rattled in late April when Moscow halted gas exports to Poland and Bulgaria. Gazprom said it hadn’t received payment in rubles from the two countries as required by a decree by President Vladimir Putin.

The EU is in the process of banning Russian coal and is working on a deal that would also phase out imports of oil. Natural gas, however, hasn’t been targeted as it is the hardest fuel for Europe to source from elsewhere.

The EU and the U.S. have pledged to expand liquefied-natural-gas exports to Europe through 2030. But the U.S. is already sending all it can to Europe, and industry officials say expanding volumes will require new, multibillion-dollar export terminals. In Europe itself, LNG import capacity that was unused last year could replace just under 29% of Russian pipeline gas supply, according to Natasha Fielding, an analyst at Argus Media.

Write to Joe Wallace at Joe.Wallace@wsj.com and Jenny Strasburg at jenny.strasburg@wsj.com