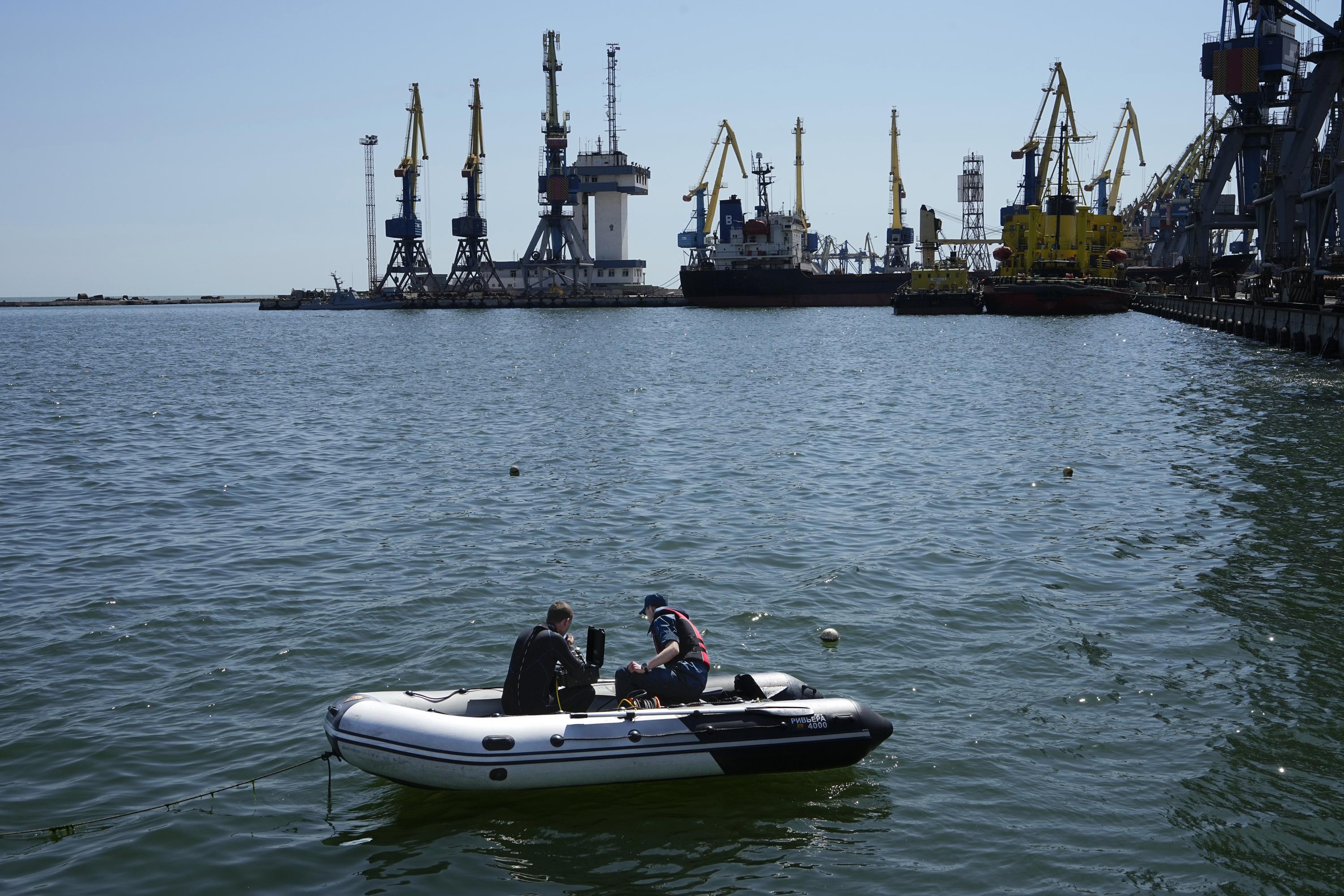 BRUSSELS (AP) — The European Commission proposed helping Ukraine export its wheat and other grains by rail, road and river to get around a Russian blockade of Black Sea ports, which is preventing those critical supplies from reaching parts of the world at risk of food insecurity.

The European Union’s executive arm said the plan aims to establish alternative routes and ease congestion between borders that also should facilitate getting humanitarian aid and other goods into the war-torn country.

Russia’s invasion of Ukraine has provoked disruptions of global food supplies, with both countries two of the world’s biggest exporters of wheat, barley and sunflower oil. The blockade of Ukrainian ports has been particularly harmful, having accounted for 90% of grain and oilseed exports before the war, the commission said.

“Twenty million tons of grains have to leave Ukraine in less than three months using the EU infrastructure,” said Adina Valean, EU commissioner for transport. “This is a gigantesque challenge, so it is essential to coordinate and optimize the logistic chains, put in place new routes, and avoid, as much as possible, the bottlenecks.”

The potential loss of affordable grain supplies that Africa, the Middle East and parts of Asia rely on has raised the risk of global food shortages and political instability in countries where many people already were not getting enough to eat. The disruptions from the war have further raised food prices, with the high cost of fertilizers — of which Russia is a top exporter — and cooking oils further squeezing the global food chain.

The head of the European Investment Bank said this week that Ukraine is “sitting on 8 billion euros worth of wheat” it can’t export.

In addition to the port blockade, Ukraine’s Foreign Ministry has accused Russia of stealing grain and trying to sell some on global markets. It cited official estimates indicating that Russia already may have stolen 400,000 to 500,000 metric tons of grain that cost over $100 million. It asserted that “practically all ships leaving Sevastopol with a load of grain are carrying the grain stolen from Ukraine,” referring to a major port on the Black Sea.

To get Ukraine’s food supplies to the world, Europe is looking to increase shipments by railroads and trucks. Trains have started carrying loads of grain to Austria and Germany via other EU countries but amount to only a fraction of the Black Sea port capacity.

A key challenge is the diverging rail gauge widths between Ukraine and EU countries. Since Ukrainian railroad cars don’t fit with most of the EU network, goods need to be transferred to trucks or other rail cars adapted to the system.

The EU says the average wait time for the thousands of rail cars at Ukraine’s border with the 27-nation bloc is 16 days, reaching up to 30 days in some places.

To address this congestion, the commission said the most urgent priority is to ensure additional transport vehicles are available to get the grain to EU ports. It said grain-hopper trailers, cargo containers, and barges and vessels “are urgently needed.”

With nonmilitary flights grounded in Ukraine, the commission said the new supply routes should be organized mainly via land and river transport, using for instance Ukraine’s ports on the Danube River.

The commission urged member nations to accelerate procedures at border crossing points and increase capacity on EU soil for the temporary storage of Ukrainian exports.

“In the medium to long term, the commission will also work on increasing the infrastructure capacity of new export corridors and on establishing new infrastructure connections,” it said.

The commission’s proposals are nonbinding and mostly intend to facilitate coordination between EU countries, transport operators and equipment suppliers.

Sorgente articolo:
EU plan aims to help get wheat from Ukraine to the world – The Associated Press