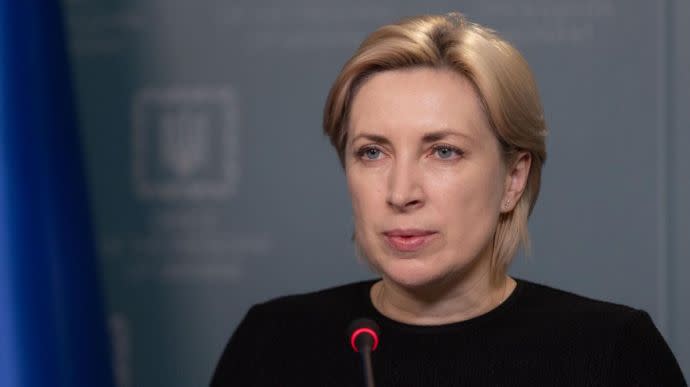 Quote: “As the first step, the Russians were offered the following exchange:

We are taking out our seriously injured guys from Azovstal via humanitarian corridor. Instead, we hand over captured Russians according to the standard rules of capture exchange.

There is no agreement yet. Negotiations are ongoing.”

Details: Vereshchuk explained that, currently, it is impossible to unblock Azovstal by military means.

“Azovstal defenders do not want to surrender.” This is worthy of respect. The Russians do not agree to the “extraction”. This is a reality, but it is not surprising from the Russians”, she said.

According to the Deputy Prime Minister, the government is working on various options for rescuing the Ukrainian military.

“None of the options is perfect. Although, we are not looking for an ideal option, but a working one”, Vereshchuk added.

Read also: Azov Commander Denys Prokopenko (Radis): We did everything possible and impossible to attract the overwhelming forces of the enemy

We do not need words, we need actions. What mothers and wives of Azovstal defenders say

Vadym Boichenko: What could be worse than hell? And it is, and this fortress is called “Azovstal”