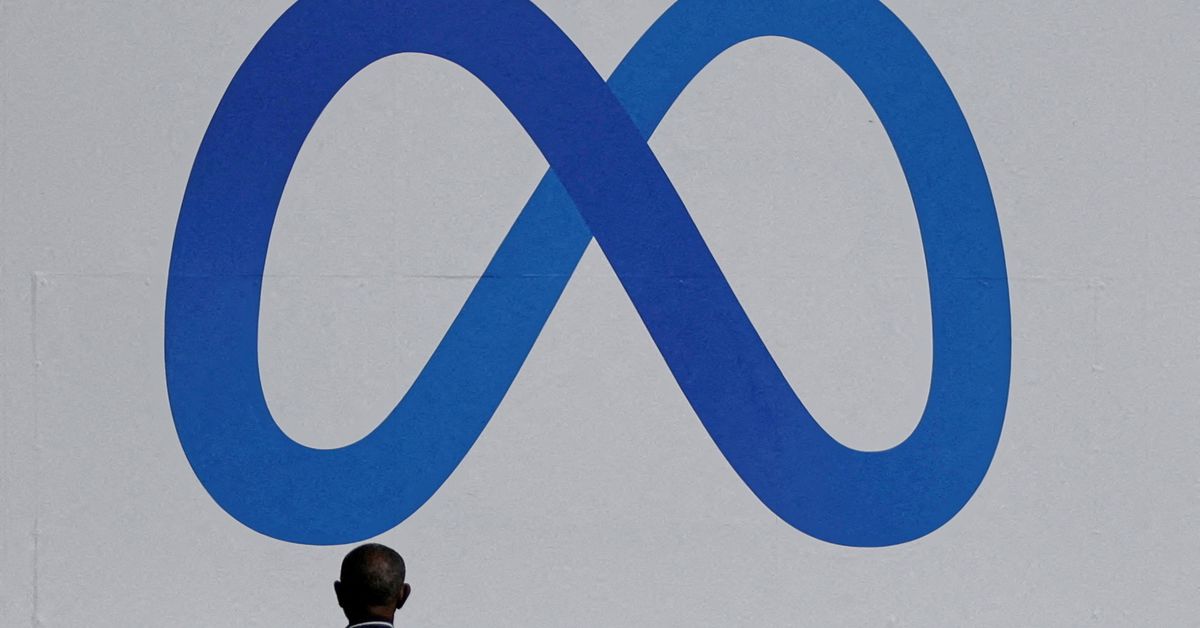 A man stands in front of a sign of Meta at its headquarters in Menlo Park, California, U.S. October 28, 2021. REUTERS/Carlos Barria

May 11 (Reuters) – Facebook parent Meta Platforms Inc (FB.O) said on Wednesday it has withdrawn a request for policy guidance from its Oversight Board about the content moderation of posts related to Russia’s ongoing war with Ukraine.

“This decision was not made lightly — the PAO (policy advisory opinion) was withdrawn due to ongoing safety and security concerns,” the company said in a blog post.

The board, which can make binding decisions on specific thorny content moderation appeals and give policy recommendations, said it was “disappointed” by the decision.

A Meta spokesman declined to give more information about the policies on which it was seeking guidance or about the specific concerns.

Russia banned Facebook and Instagram in March, finding Meta guilty of “extremist activity” amid Moscow’s crackdown on social media during its invasion of Ukraine. Meta’s messaging service WhatsApp is not affected by the ban. Russia has also throttled Twitter (TWTR.N) by slowing its service.

Meta’s Oversight Board, which includes academics, rights experts and lawyers, was created by the company as an independent body to rule on a small portion of content moderation cases, but it can also advise on site policies.

“While the Board understands these concerns, we believe the request raises important issues and are disappointed by the company’s decision to withdraw it,” the Oversight Board said in tweets on Wednesday.

“The importance for the company to defend freedom of expression and human rights has only increased.”