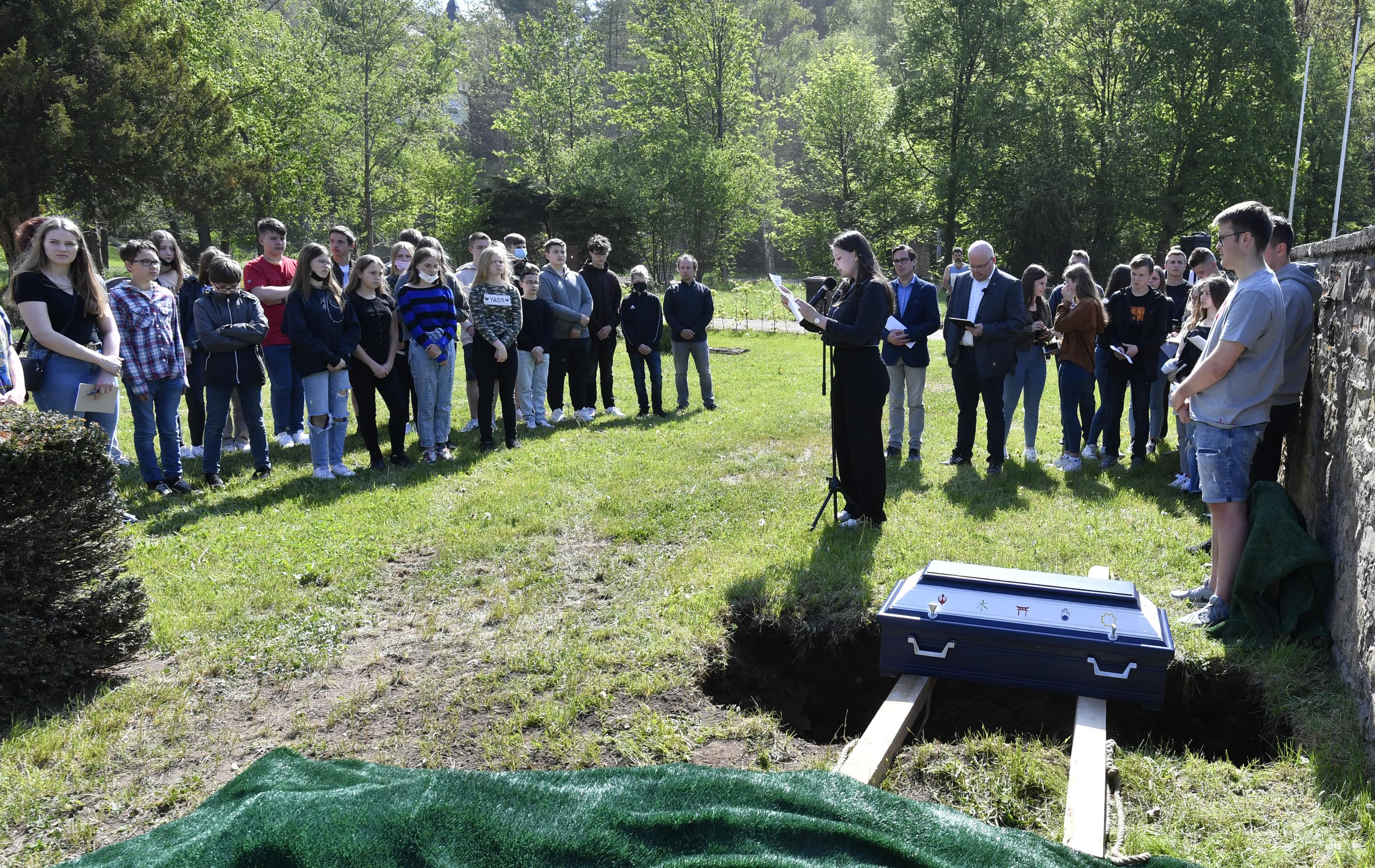 BERLIN (AP) — Students at a high school in the western German town of Schleiden on Wednesday buried a longtime member of their community — a classroom skeleton that had served as an educational specimen for generations of pupils.

Around 80 students, teachers and town officials took part in the ceremony at Schleiden’s Protestant cemetery, where the bones of the unknown woman were buried in a small coffin featuring symbols of all major world religions.

“We are indeed laying to rest a member of the school community to their grave,” said Pastor Oliver Joswig.

The skeleton, dubbed Anh Bian — Vietnamese for “mysterious peace” — had been in the school’s biology department since 1952.

Students had for years years pushed for the woman’s remains to be buried, but plans to do so were delayed by the pandemic, German news agency dpa reported.

The school hopes eventually to learn more about the origins of the skeleton once the results of DNA samples taken from the bones are returned.